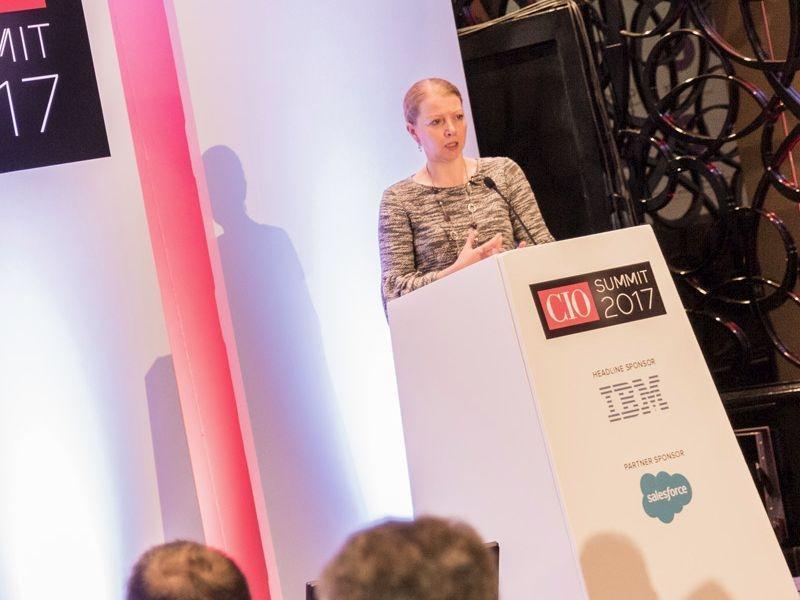 Former CIO at iconic insurance and reinsurance mainstay Lloyd’s of London, Jennifer Rigby, has been appointed Chief Operating Officer at the 333-year-old firm following an interim period that began in March this year.

Rigby was appointed CIO at Lloyd’s in May 2017, where she oversaw a transformation drive, as well as bringing cyber security and innovation into Lloyd’s business strategy. While in the role, she reduced IT costs across the company’s estate, and also took charge of the technology platform supporting the recently launched Lloyd’s Brussels subsidiary. The COO position is subject to regulatory approval.

Previously to her time at Lloyd’s, Rigby had held senior positions at the National Archives, the Home Office, and the Department of Energy and Climate Change, as well as a four-year stint at Telefonica UK beginning in 2014.

Shortly after Rigby joined Lloyd’s as CIO, she revealed at the 2017 CIO Summit how the centuries-old institution was sticking to its core values of innovating – and would continue to embrace emerging technologies.

Rigby also discussed the role of cyber insurance as one of the organisation’s leading emerging markets.

“We’re now the global centre for cyber insurance and we’ve also got a reputation of trust and providing protection to individuals and business helping communities get back on their feet, as quickly as they possibly can,” she said at the time.

And she added that Lloyd’s had set out a path for innovating up to 2025, which would place IT at the core of the business strategy.

“We know that IT has a massive part to play in terms of how we do business, how we work with our customers, as well as providing the infrastructure and allowing that access to the global market,” she said. “Specifically in our vision for 2025, we talk about our capability and our reputation for innovation.

“We know again as IT, that technology will play a massive part in realising some of the areas of the vision.”

Khoury-Haq explained that the insurance market was working closely with disruptive players in the FinTech and InsurTech startup space to deliver these changes. Speaking to CIO UK at the time, she explained of the decision to appoint Jennifer Rigby to the CIO post: “I need someone who can talk business, who can define the business outcomes – not just technology.

“And I need someone who can work across our organisation to not go in with an IT solution, to just think about what the outcomes need to be.”

John Neal, the former head of Australian insurer QBE and new Chief Executive Officer at Lloyd’s, who replaced outgoing CEO Dame Inga Beale in October 2018, said of the appointment: “It has been a pleasure to work closely with [Rigby] since I joined Lloyd’s and I know that her leadership, experience and energy will be pivotal to our success as we look to est ourselves up for the future at Lloyd’s.”

Rigby added that the technology transformation journey so far had been “fantastic” in her role as CIO. “I’m delighted to become Lloyd’s Chief Operations Officer and to continue the work to build our foundations as we move into the future,” she commented. “The operations function is vital to delivering for Lloyd’s today and in shaping and executing the strategy for tomorrow.

“It’s my privilege to take this role at such an exciting time in Lloyd’s evolution.”