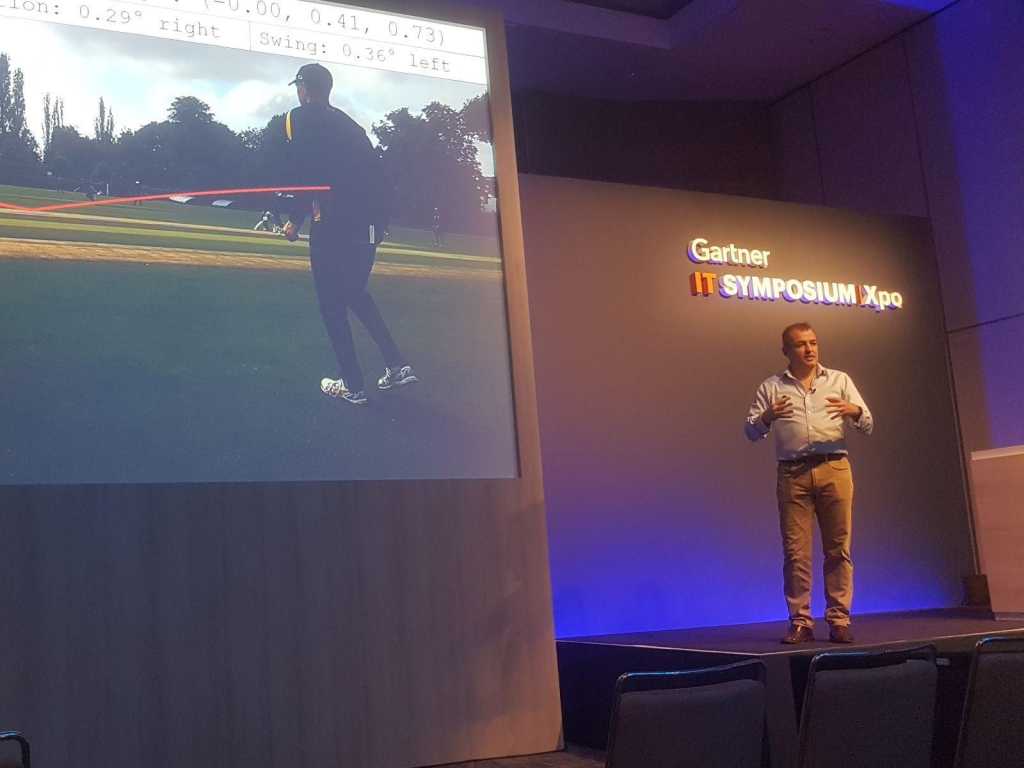 The England and Wales Cricket Board is still basking in the glory of an unforgettable summer, which culminated in a World Cup final-winning performance by England’s men that attracted 15.4 million viewers in the UK – the biggest ever domestic audience for a game of cricket.

For Damian Smith, Head of IT at the England and Wales Cricket Board (ECB), this increased interest in the sport has created both challenges and opportunities.

Smith’s remit at the UK’s national governing body of cricket encompasses all the tech that supports the 2.5 million players, 10.5 million followers and 1 million annual attendees of cricket in the UK.

This ranges from the scoring apps on village greens to the high-density WiFi in the stadiums, the data analytics used by the coaches, the learning tools developed for umpires and the case management systems required for anti-doping governance.

“It’s a massive broad scope and actually we could spend the entire budget of the organisation on each one of those areas individually, so we have to prioritise where we’re going to spend that money,” Smith explained at the 2019 Gartner Symposium in Barcelona.

Smith compares his business model to that of Facebook, an analogy that he admits is losing its appeal, but that nonetheless reflects a similar embrace of the idea if you’re not paying for something, you’re the product.

In the case of the ECB, the product is the participants. The more of them the governing body can attract, the more investment it can raise from broadcasters, sponsors and government.

However, Smith has encountered an issue with this mode, which he calls “the BI problem”.

Smith’s business intelligence problem is in some ways a product of his digital success.

The growing faith in the power of technology at the ECB has driven demand across the organisation for new tools to be developed at a speed of delivery that is hard to achieve.

Smith’s team traditionally tried to meet these demands by digging through their troves of data, performing some extract transform and load to structure the data, which is then inserted into an enterprise data warehouse for analysis.

The approach works well until someone from the business asks for a specific dashboard, which typically requires a lot of work modification of the data model to deliver the new addition. The time this takes means that often when it is completed, the person who requested it has got the information elsewhere or done their work without it and no longer wants the dashboard.

The ECB’s solution replaces the complicated ETL process, with pick up each data source and dropping them into a data lake, cutting potentially weeks of source analysis down to minutes. Once it’s in the data lake, they can immediately apply sophisticated Big Data tools to a combination of data sources to produce intelligence from the information. When it’s an ad-hoc request, now they can often satisfy it immediately.

During the development of this data lake system, the team learnt another crucial lesson about analytics. They had suspected while building the data lake that they would be building numerous dashboards and BI tools on products such as Tableau, but realised that most people find them too complicated to use.

The ECB has found a way to give them what they want through a low code development platform called OutSystems, which enables the IT team to build an app in around a week through – the same time it takes them to build a dashboard.

Still, this system could only work if it was accompanied by a different mentality.

At the ECB’s state-of-the-art National Cricket Performance Centre at Loughborough sports scientists, trainers, nutritionists, medics and data scientists all have their own ideas on how to improve performance, but need to go through a lengthy process to get their proposals approved and built. By the time they’re delivered, they’ve often cost a fortune and are already outdated.

Their solution is what Smith calls an “innovation lifecycle”. This process involves building a basic prototype in a week and only developing it further if the prototype proves the idea is worth pursuing.

These strategies have helped the ECB create some compelling digital tools.

One is a motion analysis system that measures fast bowler biomechanics to understand what works and then design development plans for players.

The IT team build a motion capture model for each individual bowler to assess their different body movements in their run-up and delivery action. They can identify the pace indicators to develop, from straightening their back to running faster.

It quickly showed its value, but the impact was reduced when players returned from the National Cricket Performance Centre to their domestic club.

To solve this problem, the ECB developed an app based on the system that players and coaches across the country could use all year round, helping the National Cricket Performance Centre and the club teams to collaborate on their development plans.

Players all have profiles with stats and videos and fast bowling assessments. You can click on their profiles and see the movements. In skeleton with lines.

All users can upload video with comments, which has enabled an ongoing dialogue between different experts that can help develop better athletes with reduced risk of injury.

Another tool developed by the ECB is helping identify what makes a world-class bowler.

Cricketers often struggle to take their level of performance from club to country, due to differences in the quality, style of play and pressure.

The ECB first established a standard for an international quality of bowling delivery by analysing its trajectory, how it moves and its speed. They then asked the team behind the Hawk-Eye system used to track the trajectory of balls to develop an affordable and portable way of assessing whether a bowler meets this standard.

The resulting system uses a smartphone to track a bowler on the pitch and sends the data to the cloud, where it makes a calculation that is returned back to the device within 30 seconds. The user can then immediately assess the quality of the delivery.

A system that had been intended for elite players could be used at every level below it. This could prove to be a valuable bonus for the ECB, which is constantly searching for new ways to attract people to the sport.

This need to bring new players to cricket led to one of the ECB’s most controversial ideas: a new format called “the Hundred”, which will reduce the length of the game to 100 balls per inning when it commences in July 2020.

This attempt to simplify a long and somewhat esoteric sport has raised the ire of purists, but Smith believes it is worth trying.

He compares the search for new audiences to Facebook’s attempt to find new users, and the ECB’s willingness to experiment to his own embrace of innovation in IT.

“If we can attract the kinds of people that we want to attract – new audiences, people with limited time spans, limited attention spans and people who want excitement, then we need to change the way that we do things.”