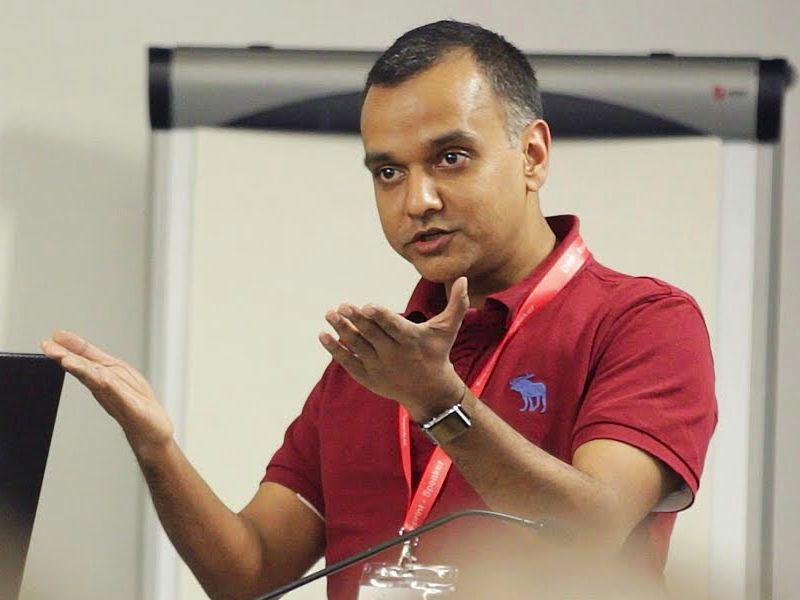 Mayank Prakash, the Department for Work and Pensions Chief Information and Digital Officer, is in a reflective mood.

The 2018 CIO 100 high-flyer announced in September that he is leaving the DWP and has just stepped off the IP Expo keynote stage at London’s Excel Centre after a presentation about his four years running an IT department that delivers digital services to more than 20 million citizens.

“I’m proud of what the team has achieved,” Prakash told CIO UK. “When you lead an organisation of such a massive scale there are teams right across the organisation that are doing heart-breaking, record-making things. All of this was enabled by people and by partners who worked with us.

“We worked with leading fast-growing tech organisations as well as some of the largest tech organisations and those partnerships have been crucial to us saving 37% of our spend and reinvesting that spend into building out the future. That is why you’re seeing us deliver all of these services without spending any more money.”

The services include an online state pension forecasting system that has delivered 10 million pension calculations and the new ‘Find a job’ tool, which has supported 40 million job searches in the three months since it launched.

DWP Digital has also migrated the digital service for the controversial Universal Credit programme into the cloud and given citizens the option to submit their fit to work notes digitally, reducing footfall and phone calls to the department by 20%.

“We very simply describe our strategy as to deliver. Not to admire the problem, not to think about it, and not to spend too much time trying to work it, but to deliver iteratively so we get better every time we deliver.”

Scale of the task

Prakash was appointed Director General for Technology at DWP in 2014, shortly after the troubled introduction of Universal Credit, which Prakash calls “the largest digital transformation programme in Europe”.

The digital service sits within one of Europe’s biggest IT estates. The systems run 50 million lines of code to handle £170 billion of annual payments that support 22 million citizens. To deliver better digital services to all these people, Prakash set out to raise his team’s aspirations, attract the best talent and focus on business outcomes.

“You can see the massive difference we’ve made by delivering business outcomes,” he says. “Whether it is the hundreds of millions of pounds of efficiency that we have delivered or whether it’s the new experiences for 11 million customers, the business outcomes speak for themselves.”

The speed of delivery at DWP Digital has increased dramatically since he joined. The department has gone from one release every nine months to one release a week.

Prakash gives credit for the change to his colleagues across the department.

“We work in multidisciplinary teams because change at this scale and pace does not happen because of any leader, it happens because people who have the right skills are in the right roles and they’re inspired to pursue a set of outcomes and when people want to do something they find a way to do it.”

He’s supported them by promoting a digital mindset throughout the organisation, adopting a DevOps culture to enable full cycle agile development, and creating an open culture in which everyone’s views are heard.

“We used to have a technology team that was siloed from the rest of the business and we now have colleagues who come in to take ownership of the business outcome of a problem, not just to deliver a solution they’ve been asked to deliver, but to find the best solution to that problem,” he says.

In hindsight, Prakash would have personally investigated the benefits of shared learning more quickly.

“I would have gone on a journey to learn from other industries earlier then we did because we have much that we share across industries and across sectors globally,” he says.

“We are a large operational organisation and we transact high-volume services with tens of millions of customers and that is something that lots of industries do, and we learn from those industries at a pace. We do a few things better than them, they do a few things better than us and that has been a key part of accelerating our transformation. If I had to do it again I would do it a bit sooner.”

Next steps for Prakash and DWP

Although Prakash will soon move on, he’s still excited about the future of DWP Digital. He expects machine learning to have a major impact by analysing data from a range of government sources to

He’ll continue to follow developments, but is reluctant to say what he thinks the department should do next.

“I suspect the answer will be better than what I will give because colleagues in DWP are going to pursue the fundamentals, which are really simple because the 20 million people we serve are people we care about,” he says.

“Colleagues in DWP are inspired to deliver services which make a real difference to lives, which matter for us because they are our relatives and people we live with together in society and people we care about.

“So can I predict what we will do? No. But I can predict that we will do things that will be amazing because the fundamentals are in the right place, we care about our customers and are people who want to be the best at what we do.”