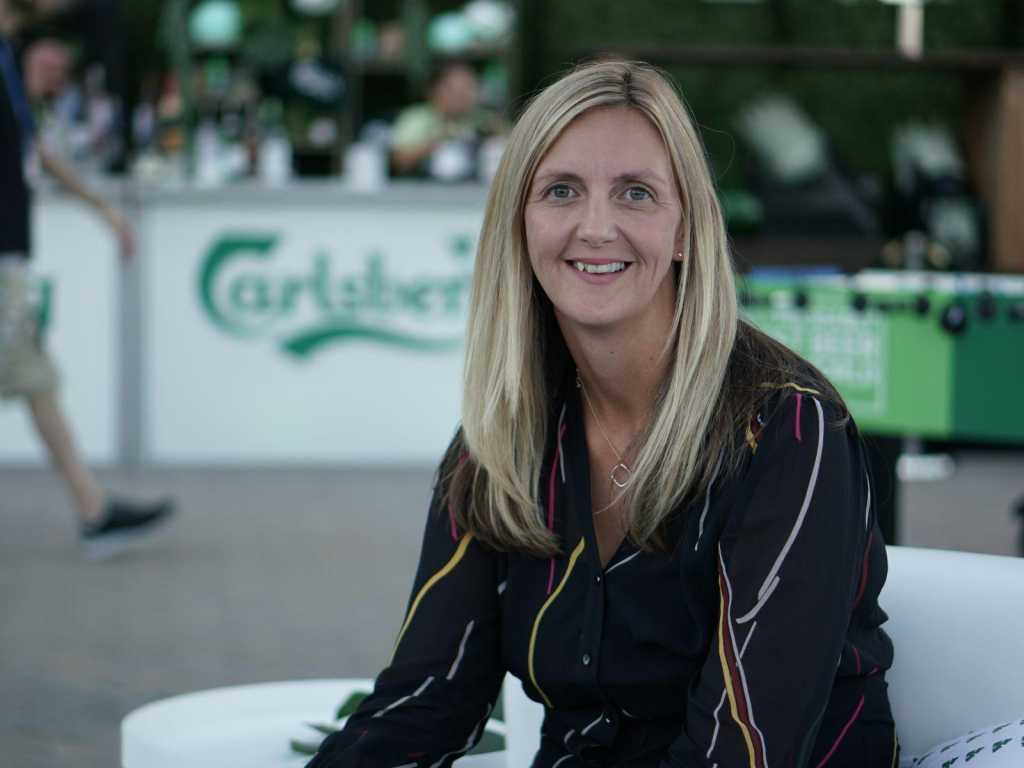 Carlsberg CTO Sarah Haywood has only been working for the Danish brewer since January 2018, but has already laid down a new network that is providing the foundations for an array of digital experiments in beermaking.

“We are looking at ways in which technologies can disrupt the brewing industry and how we ensure that we are leading from the front in that and a first mover on some of those digital opportunities,” Haywood tells CIO UK. “What we recognised pretty early on is that we didn’t have the base to do that from.”

Haywood chose to replace Carlsberg’s legacy MPLS network with a hybrid network that combines the Tata Communications IZO Internet WAN and Global Virtual Private Network and an IZO SDWAN that supports the company’s operations in 130 sites across western Europe.

The new network has halved the occurrence of major network incidents, increased bandwidth by 10 times and reduced costs by 25%.

“From a business standpoint, they’re getting much better service, better response time and a reduction in cost,” says Haywood.

“And then on top of that, we’re laying this digital foundation that’s allowing us to future-proof our landscape so that we can embrace new business models, whether that’s working with our consumers, our customers or our employees.”

The network also provides foundations Carlsberg needed to move its entire suite of applications for western Europe to the Microsoft Azure cloud, including a core SAP platform that manages all operational activity from production to procurement.

Carlsberg chose Azure because it offered a combination of stability and the investment in technology the company can use to do more agile and innovative work.

These range from using AI to enhance the brewing process to using data analytics to help bar owners manage their staffing.

The company has installed sensors in kegs and taps that give real-time data on the performance of the system so bar staff can know whether a beer is cool enough and Carlsberg can predict when equipment maintenance is required.

Carlsberg is also exploring more experimental work. To celebrate the 25th anniversary of sponsoring Liverpool FC, the company brewed a beer infused with the atmosphere created by fans of the club.

Research shows that hop plants grow better when exposed to different lights and sound vibrations, as they create more photosynthesis and biomass, so Carlsberg installed a sound system and 360-degree video screen displaying Liverpool matches at the Copenhagen greenhouse. After six months, the resulting red hops were harvested to brew the special Carlsberg Liverpool FC Beer.

Carlsberg is also leveraging AI and IoT to map and predict flavours as part of the Beer Fingerprinting Project. The three-year project uses machine learning algorithms to analyse signals picked up from sensors in brewing systems to measure whether the flavours and aromas created by yeast and other ingredients are suitable for use in large-scale beer production.

“A lot of our R&D investment goes into the early stages of a brew, so if that’s taking a new yeast, it’s understanding whether that new yeast is going to deliver better flavours and is going to result in a better tasting beer,” says Haywood.

“But obviously that’s quite a lengthy process to cultivate the yeast, to go through the brewing process and so on, so by using AI we’re able to detect some of the flavours in the brew earlier on and that allows us to accelerate the process.”

A big part of the appeal at Carlsberg was balancing the need to run a stable corporate infrastructure with the introduction of new digital tools for customers, consumers and employees.

“I think in the next few years there’s going to be a gap opening up with companies that are able to do that and connect that back into their core infrastructure and then companies that sort of segregate off digital and it runs entirely outside of their corporate landscape,” says Haywood.

“And I think there’s a risk that you end up with two very different businesses that never speak to each other and therefore your opportunity to scale the digital piece is very limited. For us, it’s about how do we bring digital in and embrace it in our landscape.”

This mentality helps inform her strategy for picking vendors, which have to be able to pivot as technology and the marketplace evolves.

“The one thing we can be sure of is that everything’s going to change so we need to build that into the way we work,” she says.

“I think in FMCG [Fast-Moving Consumer Goods] there’s been a history of infrastructure being too fixed – very long contracts, very fixed, very strict lines around how to operate – and I think that needs to change.”

Haywood has largely focused on western Europe over the past year, but plans to turn her attention to other regions in 2019, particularly Asia.

“We see a region growing at a fantastic rate with a lot of need to build capability, so there’s a geographic piece for us, but also I think it’s building on the foundation that we have,” she says.

“For me, this was the first step and clearly implementing SDWAN or migrating to the cloud is not a means to an end. You do that for future leverage of that capability and to really start to drive the business value. We’re definitely at that point in the majority for western Europe and we’re probably still foundationally building that in eastern Europe and Asia.”

She will also be exploring the potential of a range of emerging technologies through a fail-fast strategy of quickly building minimum viable products that can be tested in an agile way and rapidly scaled when they work.

Her plans add to a company that has innovation at its roots. Carlsberg founder J. C. Jacobsen established a laboratory for advancing biochemical knowledge related to brewing, which discovered a way to purify yeast that supported consistent beer production and developed the pH scale still used today to measure acidity in liquids.

Haywood wants to reflect that heritage in her current IT strategy and in the brewery’s future. She is already imagining the effect that autonomous cars could have on Carlsberg.

“It turns up with your Friday afternoon beer in the car. It picks you up and there’s your Carlsberg nice and cold waiting for you,” she says. “What a dream!”