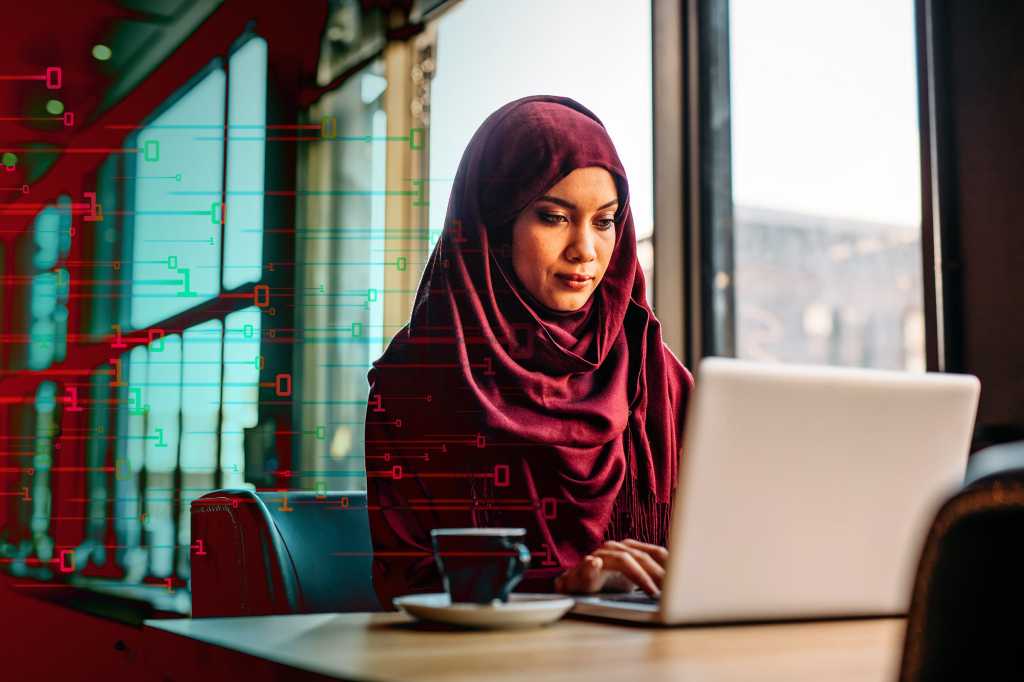 As technology leaders grapple with the challenges of digital transformation, we often hear gripes about skills gaps, especially in the Middle East. Across the region, enterprise stakeholders are increasingly being told to look at the greatest untapped resource of all: women.

Globally, companies like McKinsey urge consideration of gender equality in the tech sector, lamenting a decline in the number of roles held by women. Kauffman Fellows Research Center (KFRC), recently reported that a paltry 4 percent of Fortune 500 CEOs are women.

“A company with a female founder and a female executive will hire six times more women,” said Mashal Waqar, co-founder and COO of The Tempest, a media company specialising in women’s issues, in reference to the Kauffman Fellows research paper. “But beyond the start-up ecosystem, there’s a lack of transparency and accountability.”

Waqar and others have been urging Middle East business leaders to tap into female innovation and entrepreneurship for some time now. “When we start seeing leaders in this region publish organisational data with success stories, we’ll be one step closer to tackling this global problem,” she said.

While there is no lack of talent in women from the MENA region, it is not visible in the region’s workforces. “It’s not just about hiring women to fulfil a quota; hire the right women,” Waqar urged. “But more importantly, make sure they’re not facing a glass ceiling in your organisation.”

The region has been making progress though, especially in the education of women in technology, said Sabine Holl, vice president of technical sales and chief technology officer at IBM Middle East and Africa, noting that around half of the region’s science, technology, engineering and mathematics (STEM) graduates are female. This is much higher than universities globally, she noted. While she admits “there is great untapped female technical talent in the Middle East”, she observes “more women joining technical roles than ever before”.

“Working in the MENA region for more than 15 years, I see more women choosing a technical career path than I have observed in other parts of the world,” she said.

Support by many governments for diversity-and-inclusion initiatives has been  especially important, said Sophie Leray, CEO of Naseba, a business facilitation company specialising in emerging markets. She is also founder of the Global WIL (Women In Leadership) Economic Forum.

Leray expressed measured optimism in the region’s progress in gender parity. “It is not so much that women are underrepresented overall, but more that they tend to be absent from the organisational chart in critical senior positions,” she explained, adding that the past five years have seen adjustments to policies and cultures, as business and government leaders have begun to fear a squandered potential in top-level female talent.

Meanwhile, the Middle East has witnessed a surge in female entrepreneurs. As more and more tech startups include women as founders and co-founders, the nurturing ecosystems built by the region’s governments to strengthen nascent SMEs have responded with funding and incubation services, according to Leray.

“I believe we will be seeing more and more home-grown businesses founded or co-founded by women who are creating their own leadership space, [because of] lack of opportunities in larger tech firms,” she predicted.

In tackling the gender parity gap, the Middle East’s governments and private sectors need to adjust more policies and respond to the realities of their current job markets if they want to outflank their global peers in diversity-and-inclusion credentials. The Tempest’s Waqar cited the region’s clock-in culture as one area to be addressed.

“We need to switch from assessing employees based on the number of hours they’re working, to [using] more productivity- and results-driven methods,” she advised. She said remote working and flexible-working options remained unpopular with MENA bosses, but need to be considered as solutions to the common challenges faced by female workers at all levels of seniority; in addition, pay disparities and a scarcity of promotions needed to be explored and addressed.

With the first Generation-Z graduates joining the regional workforce, Holl claims more than half of all new IBM employees are women.

“Graduate programmes are focused on building much-needed digital skills such as developing microservices, blockchain, the Internet of Things or data science,” Holl said. “Women play a critical role in our industry…. [and] diversity of thought, experience and personal identity improves innovation, agility and engagement. “

Waqar hailed regional organisations such as Hopscotch for their work on the empowerment of women and also cited Womena, a female-focused accelerator as a “standout success story from the region”. Sheraa (Sharjah Entrepreneur Centre), she said, was another strong player in the startup ecosystem, with 53 percent of its startups led by women.

“Most ‘new tech’ companies are very engaged in moving towards gender parity,” Naseba’s Leray said, praising the radical outlooks that have led to several in-house programmes on diversity and inclusion. Companies are now investing heavily in learning and development schemes and are focused on recruiting “bright young women in product-development positions”, she said.

While Leray also pointed out that the healthcare industry was distinguishing itself in changing diversity policies, she said that ultimately, female entrepreneurship is the greatest source of hope for success in gender parity.