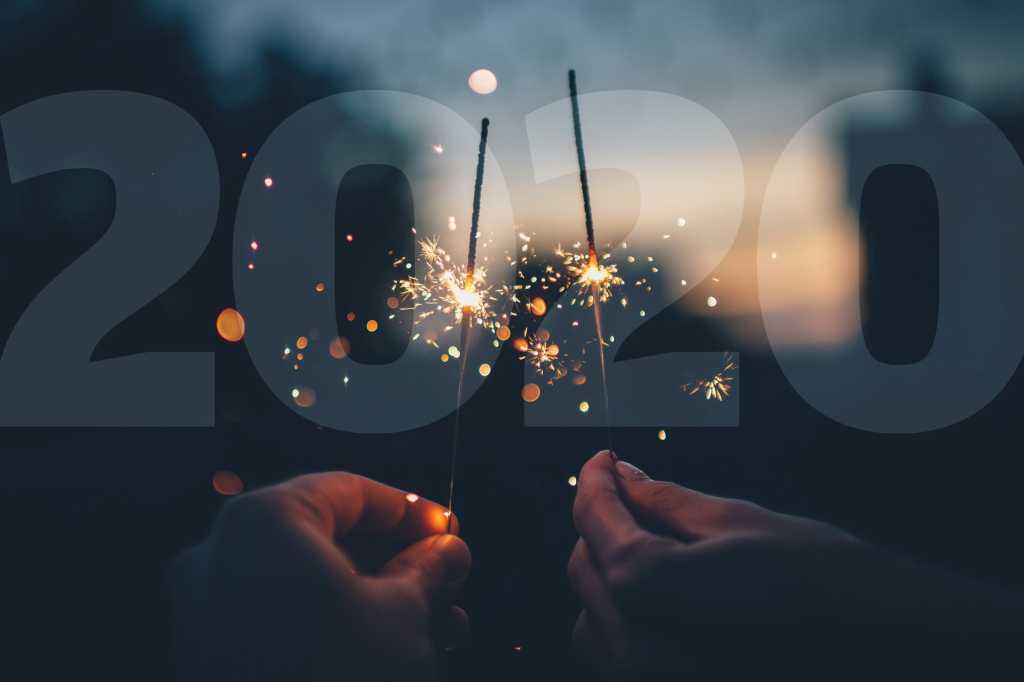 Even in the high-touch field of healthcare, where human interactions remain core to the delivery of most services, IT exec Bill Fandrich feels the pressure to bring technology-fueled transformations to bear.

Fandrich, senior vice president and CIO of Blue Cross Blue Shield of Michigan, says he must focus on how to use technology to create higher quality, more affordable services as well as to improve interactions for administrators, medical providers and patients. And he must determine, out of all the technology options available, which ones deliver the most returns for the best value based on his company’s overall goals and objectives.

He takes the pressure in stride, saying: “It’s kind of amazing being in technology now because there has not been a more impactful time when it comes to the value and importance of IT.”

Enterprise technology leaders will continue with digital transformation this year and beyond. They’ll also continue becoming more strategic and visionary as well as more agile. And, as CIOs have always done, they’ll seek out emerging technologies as well as existing ones to deliver the solutions that their organizations need to compete.

Although those themes are familiar, having dominated last year as well, CIOs do have an updated list of priorities. Here’s a look at 20 topics that will garner CIO attention in 2020.

The next wave of digital transformation

Digital transformation remains an overarching objective across organizations, but IT leaders say their efforts are shifting as they become more digitally mature. “Digital is still top of mind, but based on our CEO surveys, the notion of speculative transformation and that overenthusiasm for digital is abating now. We seem to be talking much more pragmatically about digital transformation, improving revenue and improving costs,” says Andy Rowsell-Jones, a vice president and distinguished analyst in Gartner’s CIO & Executive Leadership Research division.

The customer is king

Data has been billed as the oil of the 21st century. Given its value, CIOs are rightfully ranking data-related initiatives high on their to-do lists. For example, the National Association of State Chief Information Officers (NASCIO) polled its members and found that data management and analytics ranked No. 8 among the 10 top strategic priorities; and it came in No. 8 on NASCIO’s list of top 10 priorities for technologies and tools. Jimit Arora, a partner in information technology services at Everest Group, says many CIOs are specifically focused on improving data quality, data access and data governance as they realize it is foundational for digital transformation.

West Monroe Consulting CIO Albert Ruocco started the new year with a nascent proof of concept designed to test how the Salesforce Einstein artificial intelligence tool could add capabilities within his company. Ruocco says he believes that as organizational data programs mature and as smart technologies evolve, AI will become mainstream in his and other organizations. Others agree. For instance, CompTIA listed AI as one of its top 10 trends to watch in its IT Industry Outlook 2020 report.

To create dynamic customer experiences, Joseph Tobolski, CTO at digital consultancy Nerdery, says CIOs are increasingly following the lead of digital natives such as Facebook, Amazon and Google and “taking a page out of their playbooks on how to build and expose services and productize those services.” He adds: “CIOs will be well advised to look inside their own organizations to deliver in a product mindset to foster speed of innovation and customer centricity.”

It’s been happening for years, yet CIOs still have modernization on their agendas. They are still focused on retiring legacy systems and moving increasing amounts of workloads to the cloud. Take Dave Castellani, senior vice president and business information officer at New York Life Insurance, who says “modernization and simplification continue to be the main priority for New York Life. Doing this well means we improve our success on other key initiatives such as digital, data and protection.”

IT isn’t just saddled with legacy systems, despite years of trying to shed them. CIOs say they also continue to deal with too many siloes within their organizations. It’s a situation that they say stymies agility and innovation. To counter that, Tobolski says CIOs are embracing agile and DevOps methods as well as other principles meant to break down barriers and foster more collaboration and speed innovation delivery. In the report 20/20 vision for the 2020 CIO, IBM talks about the CIO imperative to “drive relevancy by building collaboration within and beyond traditional dimensions.”

CIOs are also making bigger investments into the technologies and processes needed to support an agile organization, Rowsell-Jones says. They’re investing in application programming interfaces (APIs), Kubernetes, orchestration and containers to “create an industrial approach for bringing digital to market.” He says he also sees more CIOs moving their development teams toward continuous integration and continuous delivery (CICD), all in an effort to scale agile throughout their organization instead of “running agile as a cottage industry.”

Ruocco’s IT team supports more than 1,200 consultants who work off site and at varying times, making the company a 24/7 operation. One of his biggest challenges is supporting collaboration among this dispersed workforce. “We need to find a way to collaborate more effectively and to manage the intellectual property we’re creating,” he says, adding that he sees adding a collaboration and knowledge management solution as a priority. His focus on people aligns with what Forrester Research sees as a trend for CIOs in 2020, that is, a focus on supporting teams as well as organizational culture and organizational issues. “Leadership teams will look to their CIOs for technology solutions that solve these workforce composition challenges,” vice president and principal analyst Brian Hopkins writes in Predictions 2020: Uncertainty Equals Opportunity for the CIO.

CIOs in the year ahead will have their teams putting more effort into customized software development, says Seth Robinson, senior director of technology analysis at CompTIA. “This trend has been developing for a while. They’re moving away from packaged software to customize more,” he says. Of course, organizations will continue to use off-the-shelf solutions for commodity functions, but they’re investing more in proprietary software in areas that differentiate them and leveraging modern approaches such as microservices and open source code to get the work done.

One of the big initiatives for Eric Boyette, secretary and state CIO for North Carolina, is implementing identity and access management (IAM) as part of his move to a more digital government experience. He says the initiative fits in with the state’s larger cybersecurity efforts, which have been a priority for years. Boyette is not alone in identifying cybersecurity as a 2020 priority. In its list of top strategic priorities, NASCIO found cybersecurity and risk management as the No. 1 strategic priority among its members, with security enhancement tools and IAM the No. 4 and No. 5 items on the list of top 10 tools and technologies for 2020.

CIOs are also putting privacy considerations on their priority list, as they see the need to up their partnerships with their CISOs and risk officers as well as the lines of business to develop stronger data governance programs that address both the California Consumer Privacy Act, which took effect Jan. 1, and the expected onslaught of state-sponsored data privacy laws.

Meeting the expectations of Gen Z

After years of hearing about Millennials and their unique needs, CIOs and their C-suite colleagues are starting to deal with the next generation — the oldest of whom are just entering the professional world. “Gen Zs are a different group, and as they get into your workforce, they’re looking for different things,” Rowsell-Jones says. They’re looking for companies that can prove they’re operating in a sustainable manner, they’re asking about embedded carbon and recyclability, and they’re seeking cultures of respect. “IT can’t operate in isolation of these broader social trends,” Rowsell-Jones says. “So CIOs need to think about what they stand for because this generation is going to be measuring you.”

Demand for tech workers remains high, with expectations of an even more competitive market in 2020. (Forrester talks about “a shortage of workers and a surplus of jobs” in its 2019 US Tech Talent Market Outlook.) CIOs have no choice but to focus on recruitment and retention, Arora says. He says CIOs must also recognize the importance of training their existing workers. “CIOs understand that to thrive they have to put in place programs to upskill and right skill their talent pools,” Arora says.

Management advisors, researchers and analysts say they see executives entering 2020 with a high degree of uncertainty about what the next 12 months will hold, with growing concerns about a possible recession and further disruption in various industries. “As we look at the sentiment going into 2020, it remains optimistic, but not as much as it was entering 2019,” Arora says, explaining that only 45 percent of the surveyed executives expect moderate to significant growth this year. “That starts to temper budget expectations and project expectations.”

CIOs are facing more pressure from their CEOs, C-suite colleagues and boards to deliver operational excellence, transformative innovations and cost-saving initiatives. They’re all good objectives, but as CIOs move forward they’re finding that they’re having to better set expectations without being seen as impediments to progress. It’s not necessarily a new challenge, rather a perennial issue that CIOs face, Robinson says. “CIOs have to learn to frame their concerns and in some cases learn to move a little faster and shave some time off of delivery as long as they properly explain the risk,” he adds.

The uncertainty hanging over 2020 makes operational efficiency a hot topic among CIOs once again, according to multiple management advisors and IT executives. Arora says the Everest Group found it the No. 2 priority among the executives it polled. “Operational efficiency was lower down the stack in past years, but now that’s coming up. That’s quite interesting to see,” he says. As a CIO, Castellani agrees: “Efficiency in delivery will remain a highly consistent theme.”

Boyette is looking at how robotic process automation (RPA) and other automation technologies can handle more repetitive tasks within the state government offices that he serves, noting that one of the key benefits of automation is its ability to free workers from mundane tasks to focus on higher-level work. This dovetails with many reports which suggest that many CIOs will be investing more heavily in automation in 2020 as the technology matures, as they gain more expertise in implementing it, and as they feel continued pressure to optimize operations.

CompTIA lists the internet of things (IoT) and the way it is redefining IT architecture as one of its top 10 trends to watch in 2020. “The internet of things and AI are the two emerging technologies that are gaining the most traction with companies today,” Robinson says, noting that IoT enables for overall digitization. “The ability to digitize grows almost exponentially if you can put sensors on things.”

AI, machine learning, blockchain, edge computing, IoT, 5G and quantum computing are among the emerging and maturing technologies that CIOs are evaluating, testing and in some cases implementing. But CIOs also say they’re avoiding past mistakes, when IT teams became enamored of new technology and their fellow executives were too quick to buy into the hype. Now, as they move forward, they’re balancing the buzz with more careful considerations of how emerging technologies can deliver ROI. As Castellani says, “New technology is always exciting, but you must prepare the ground in advance to maximize value.”