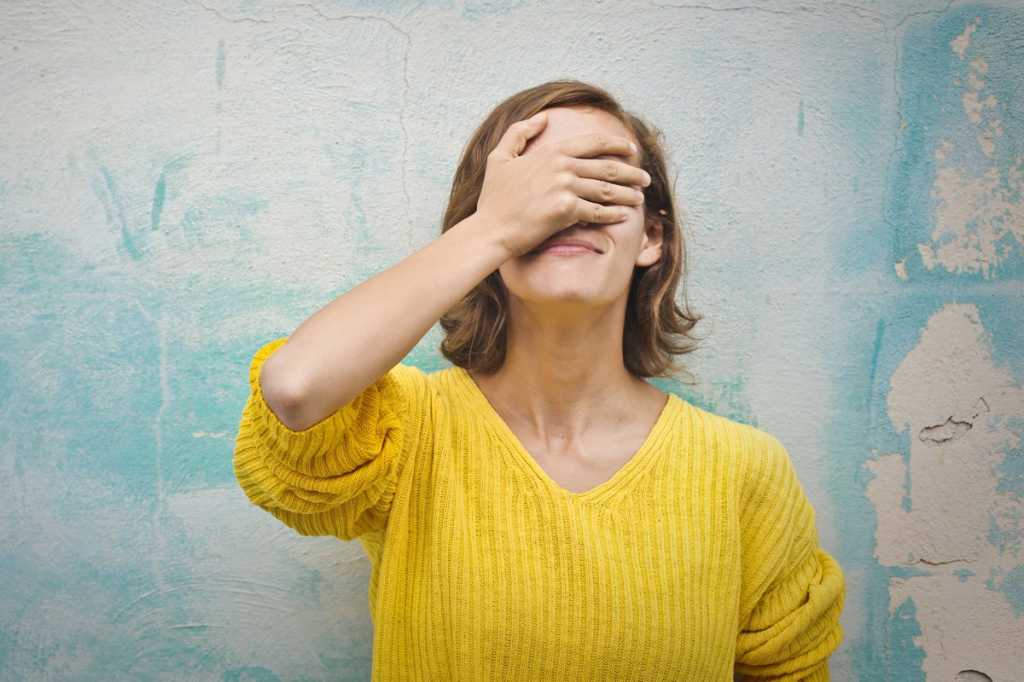 Coaches train athletes to develop a short memory for mistakes so that they can move on to the next play and succeed. Similarly, business leaders are frequently advised to fail fast, and move on. In both cases, the idea is to refocus and start again, all while under ongoing, tremendous pressure — yet still produce results at a high level.

No great accomplishment in technology has come without a few false starts. The IT pros we talked with advise learning from mistakes and refactoring in real time, while managing risks to avoid outcomes that are hard to recover from.

So, if early stumbles can lead to successes later on, what are some of the more memorable and useful mistakes IT leaders have made? Here are the stories of how early missteps led to positive outcomes in tech leadership.

Overlooking the importance of iteration

Colin Earl, CEO at Agiloft, makes the point that you can check off all the boxes for delivering a project or product and still fall short.

“This was brought home to me when my team was responsible for implementing an enterprise system,” Earl says. “We completed it on time, on budget. And it did everything that the users had requested, in exactly the manner promised. But when they came to use it, they realized that what they said they wanted, was not what they actually needed. Re-implementing the system to meet all the new requirements, and strip out many of the old ones, meant that the project was both late and over-budget by the time it went into production use, and IT took the blame for this failure.”

Earl points to the best of both worlds in mistake-making: benefiting later from your own mistakes and learning from others’ so you don’t have to repeat them.

“There’s a wealth of knowledge and accumulated experience on what does and does not work, and it’s a huge mistake to ignore all that,” he says. “Mistakes are the inevitable result of risk-taking and something that leaders must accept as the price of the change necessary for success. But risks should be mitigated or eliminated where possible. For example, creating an [minimum viable product] rather than a fully built out product does not reduce the risk of failure, if anything it is less likely to be accepted. But it does ensure that the failure comes quickly and at a low cost, so the overall risk to the organization is much lower.”

Miscommunicating with your users

Like Earl, Sarah Lahav, CEO of SysAid, recalls a project that had the right elements but still went awry, this time from a missed opportunity in communicating its purpose.

“Back in my early days at SysAid when I was leading the customer support team, we launched a chat to speed up assistance to our customers,” Lahav recalls. “We must have been before our time — because it was hilarious how so many people didn’t understand the direct messaging was for tech support. They thought it was just a new, random chat room. People were sending us the strangest messages. We realized that with every new technology, we’ve got to be very specific in labelling it within the general product. We cannot use a popular term of a functionality that is used in other ways. And this most definitely did come up again in various features within SysAid.”

“Mistakes are a byproduct of finding your way to success or, in other words, finding what actually works,” Jutla says. “It’s highly unlikely you’ll ever launch a product that’s perfect, but you can launch a product where it’s constantly being improved by each user experience. This leads to cumulative positive effects for the long term.”

Jutla has found, in her experience, that too much focus on upfront requirements for a project leads to delays and obsolescence before getting off the ground.

“In the past, I’d spend up to 7-8 months working with the team to identify the requirements needed, only to find that when it came to the actual build, so many features were now already out of date,” she says. “Aim to get a working prototype out as soon as possible to get real-world feedback from real users.”

Jutla now embraces the Scrum methodology because it enables her to re-align goals and plans in real-time. “You have to be prepared to fall flat on your face a few times,” she says, “to bump into a few roadblocks and to fail but knowing that all of this is vital information that you feed back into your next moves.”

Aible CEO Arijit Sengupta agrees it’s important to focus on evolving and improving. “That doesn’t mean your original idea was a failure,” he says. “You have to build into your DNA the notion that everything will need to be updated. In the world of AI, the more effective the AI model, the more quickly it changes behavior and the more quickly it goes out of date. That’s not a failure. That’s just the reality that conditions are constantly changing.”

Sengupta thinks of it as risk management vs. risk taking. “You build systems to handle as much uncertainty as possible, rather than building systems to avoid risk.”

Suresh Sambandam, CEO of Kissflow, found early in his startup phase that the company aimed high — likely too high — with a plan for disruption that would have benefitted from a more narrow focus.

“When we founded our company, we created software we believed was unique but was difficult for people to comprehend at that point of time,” Sambandam says. “We tried creating a category — DIY enterprise app on the cloud — instead of just a product. We hadn’t realized that it’s easy for a large player to create a new category, but not for a startup. We had to change course due to these technology bets we made, like believing self-service business users would be the future — we were proved wrong.”

Later, the company narrowed its focus to workflow management software, and found success. That said, Sambandam thinks correlating mistakes with success in technology is itself a mistake. A recent MIT study backs this up, arguing that better outcomes come from a focus on learning rather than failing.

“It’s a tactical approach rather than a directional approach,” Sambandam says. “I believe when you have a clear vision of what you wanted to do, you won’t fail fast. However, along the journey you can experiment new techniques and see how they perform for your business. If it’s not working, declare it and try something else.”

Plowing forward when it’s time to start over

In his company’s early days, Dietmar Rietsch, CEO of Pimcore, recalls trying to integrate various software systems before realizing what was needed was a fresh approach.

“We were desperately playing catch up to meet the needs of our customers,” Rietsch says. “For years, this resulted in late nights, employee burnout, lost business and numerous inefficiencies. While we experienced these challenges early on, we also learned a lot from the solutions we tried that didn’t work, and listened to our customers for what they needed.”

Their enterprise software needed an overhaul if it was going to solve the problems it was designed to address, Rietsch realized. It was time to start over.

“We then ultimately took a risk and refocused our energies toward creating our own solution that bridged these shortcomings, combining interfaces and helping enterprises keep data in check,” he says. “Through this experience of trial and error, I learned how to fail fast and create my own road to success, rather than waiting for a solution to be handed to me. The toughest lesson I learned in my tech career has been to fail hard and not fear that failure.”

Aible’s Sengupta found that focusing on his area of expertise only got him halfway to where he wanted to be if the business’ priorities weren’t the driving force behind decision-making.

“I do believe that mistakes can lead to success later in IT careers,” Sengupta says. “I spent the first decade of my career in AI thinking that model accuracy was the most important thing. But I eventually realized that an extremely accurate model can destroy business value if you don’t consider the business’s unique cost-benefit tradeoffs and operational constraints. My focus is on delivering business impact with AI rather than falling into the trap of assuming that the most accurate model must necessarily be the best for every business problem.”

Vaclav Vincalek, CEO at Pacific Coast Information Systems, looks back on his early career and recalls a mistake he imagines trips up more than a few new tech leaders.

“Quite simply, I thought a certain technology was cool,” Vincalek says. “Because of my enthusiasm for this leading-edge tool, I pushed it on an enterprise client. I only realized later it wasn’t well suited for their environment. Fortunately for the customer, the customer’s CIO recognized this error fairly quickly and adjusted the course of the project.”

The problem? Vincalek hadn’t taken into account the business requirements and current IT environment. “Sure, my ‘cool’ solution would have worked,” he says. “But it also would have added cost, effort and risks to their IT processes that just weren’t needed. Their internal CIO listed off his reasons why they had gone in a different direction and we moved on from there.”

It was a lesson he’d remember, and one that led him to make sure the solution proposed and the client’s business needs and abilities were closely aligned.

“There will always be a new, cool technology out there,” Vincalek says, “but the point is to choose something that’s the right fit for the company so it can grow. It’s a key part of the strategies I implement as a CTO for startups and enterprises today.”