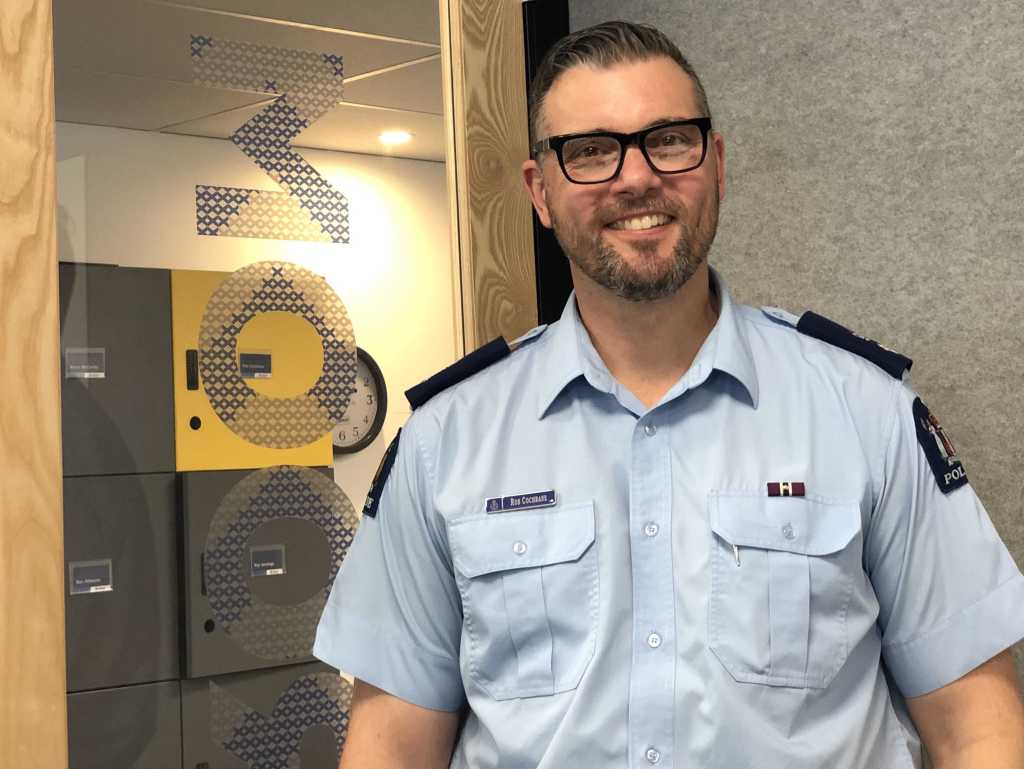 When Superintendent Rob Cochrane joined the New Zealand Police, he could not have imagined that 25 years later, he would be talking about digital humans, AI and co-designing as part of the job.

We have uniformed staff as product owners sitting with developers, making day-to-day business decisions on the development. The developers love it, the cops love it Superintendent Rob Cochrane, acting CIO, NZ Police

“All cops start at the bottom,” he tells CIO New Zealand in an interview at the NZ Police headquarters in Wellington.

Cochrane says the mission of NZ Police is “to be the safest country in the world. ”

Thus, for the Police, it is around how technology can be used to engage differently with different communities, and meet the police’s objectives of providing a service that is ‘more street than station’.

“We are looking at lots of different capabilities around how we engage with the public,” he shares.

He cites, “We are trying to separate our emergency from non-emergency, as far as demands are concerned.”

For emergency calls, there is the triple 1 (‘111’ number), he explains. “We understand that is a one to one relationship” between the police and the public.

It is not about widgets, it is about the outcome Rob Cochrane, NZ Police

Cochrane discloses that what is coming are “intuitive online forms” for the public when they file police reports.

“Historically and in other police jurisdictions, the public will have to choose from a number of forms to fill up,” he states.

“We created AI that asks three questions and then understands from those answers what the person is trying to report.

“It works out what it needs to ask you, and will then fill up a report asking the right questions.”

He says no other police agency is doing this.

Cochrane says the NZ Police is also looking at proof of concepts with Soul Machines around deploying a ‘digital human’ police officer as a member of the team.

Applications should be smart, fast and easy to use. If you have to train your staff, you’ve missed an opportunity…Why distract staff from their core role? Rob Cochrane, NZ Police

Cochrane joined the Police force in 1994.

“I was not really into computers,” he states. “I just evolved and experienced different roles, mainly in Auckland.”

In 2015, after working on operational policing, he had the opportunity to work on “something different” and be part of a mobility programme in Wellington.

He was then asked to “look after ICT” for six weeks.

He looks at technology as a way to optimise what NZ Police does.

“We have different pockets of innovation in service delivery, ICT, and mobility.”

He says the Police has mobility leads in every district. They act as conduits when new capability is rolled out and they can promote it in their respective districts.

They also have “champions” who are part of user testing.

“It is a sandpit environment where we roll out new technology,” he says. “We deploy and let them play.”

“I want to leverage off the people that we can pull off the street and help us with that and understand what their pain points are.”

“You can’t have someone there who has not been on the street for 15 years,” he explains.

“We bring frontline staff to work with them (the ICT team) to solve problems, and this gives us an opportunity to think differently to approach technology and solutions.”

“We ask them, ‘how do you feel about the last time you did this job? What was the process?”

“When we are designing and building, we have uniformed staff as product owners sitting with developers, making day-to-day business decisions on the development.”

“The developers love it, the cops love it.”

Cochrane is emphatic about their goal to provide “intuitive innovation”.

“Applications should be smart, fast and easy [to use],” he notes.

“If you have to train your staff, you’ve missed an opportunity,” he says.

“Why distract staff from their core role?”

He says when they provided officers on patrol with high speed data and apps that run on their smartphones and tablets, they estimated each officer saved 30 minutes per shift. “That is half a million hours per year,” says Cochrane.

“It made us think differently, how are we going to offer different services to the community?”

“It is not about widgets, it is about the outcome.”

We constantly strive to be betterRob Cochrane, NZ Police

He says the Police is investing on 1800 new staff in the next three years.

All the people coming into the organisation are digital natives, he says.

“They have grown up in a free (ICT) environment, and then they go into the Police where it is secure and locked down to a degree,” he points out. “We have to balance the expectations.”

“We need to keep on pushing forward, we need to provide capability to staff, we need to give them an environment they are comfortable working with in the technology space.”

“And, coupled with that, we have to build and design faster, like everybody else.”

He concludes by saying, “We constantly strive to be better.”