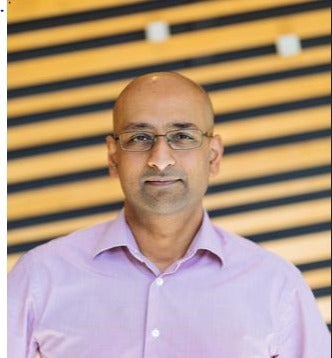 Don’t get stuck into doing what you have always done Dhaya Sivakumar, AMP

AMP New Zealand has been undergoing two different programmes of separation, he explains.

Through these changes, Sivakumar has been appointed into the COO role for AMP and joined the executive team.

“The ambition for AMP is to create an even faster, more nimble business that can continue to be responsive to client needs and sustain a platform for growth,” he states.

One of the historic challenges for AMP has been the complexity and speed of change in technology platforms and related products hosted and operated out of Australia.

If you are going to talk about client experience, you have to benchmark yourself against the likes of Netflix and Hulu Dhaya Sivakumar

“It has reduced the pace of innovation and limited the ‘clock speed’ of the local business,” says Sivakumar.

Key to addressing this was creating a repatriation programme fully supported across AMP and AMP Group.

Sivakumar joined AMP in August 2018 and the new repatriation programme kicked into gear in November that year.

The programme went live during the first week of September 2019 and has truly delivered a step change for the business, enabling AMP to become largely autonomous and rapidly develop and release new client propositions, he shares.

“In addition to this, the culture of the team has evolved to accommodate the new autonomy, and everyone has embraced the concept of persistent teams delivering frequently.”

He is quick to point out that, “The success of the project is due to the support and united front of the executive team, the vision, and backing of Chief Executive Blair Vernon, and some heroic work by many, many people across the business.”

“People like Rohan, Mark, Carl Grayson (Head of Security and Data) and Sunjun Lee (Solution Architect) really stepped up, faced a mountain, and got stuck into finding a way to deliver this in my completely unrealistic timeline,” he discloses. “Their persistence and tenacity during an intense programme got us through. I am incredibly proud of their efforts.”

Our client-facing systems have been repatriated and the way we run the business is now even more responsive to our clients’ needs Dhaya Sivakumar, AMP

A few weeks after go-live, the team has embraced the independence and operating in the transformed environment.

“We listened to client feedback during the launch period,” says Sivakumar. “While the whole experience has been smooth, there were some clients who provided feedback on the app and said they would like some additional features.”

He adds: “In the spirit of being truly client-oriented, we have since built and released those features into the app and received overwhelmingly positive feedback from our clients and our people, because of the speed in which we were able to deliver those new benefits. We will continue to release more features on a regular basis.”

Sivakumar joined AMP in August 2018 as CIO, and after seven months, became Chief Operating Officer, whose responsibilities include technology, client, and commercial services.

“When I came in, the bulk of the client-facing systems were run out of Australia,” he explains, on how they started the programme of repatriation.

We are going to move fast and learn new ways of doing thingsDhaya Sivakumar, AMP

“If you are going to talk about client experience, you have to benchmark yourself against the likes of Netflix and Hulu,” he says. “You need data and new technology to make that happen and that is why we had to do this.”

He states: We brought Salesforce home to New Zealand and did the following:

He explains he had three months to look at what was happening in the New Zealand and started the repatriation work in November last year.

Sivakumar shares the business driver for the repatriation: “We had all core systems of record such as our registry systems in New Zealand. But when data comes out of the registry it goes through all the AMP Group processes in Australia.

“The technology capability is one thing, but we shifted the organisation,” he adds. “The product team and tech team, which used to work separately, now work collaboratively.”

“We brought in new people and hired developers and now do fortnightly sprints.”

“Our client-facing systems have been repatriated and the way we run the business is now even more responsive to our clients’ needs.”

‘This is just the start’

So, what are the lessons learned that can apply to other organisations?

“Don’t get stuck into doing what you have always done,” stresses Sivakumar.

“You’ve got to be prepared yourself to get the job done. If you are too careful, nothing will happen.”

He told the team: “We are going to move fast and learn new ways of doing things. I will let you blame me if it goes wrong.”

According to Sivakumar, “They just need it otherwise everybody will be scared that they might fail.

“I just pointed people in the right direction and empowered themhellip;Our engineers have done all the work.”

“This is just the start,” he concludes. “We are focused on getting the foundations right so we can continue to develop our digital offering and provide a frictionless experience for our clients.”