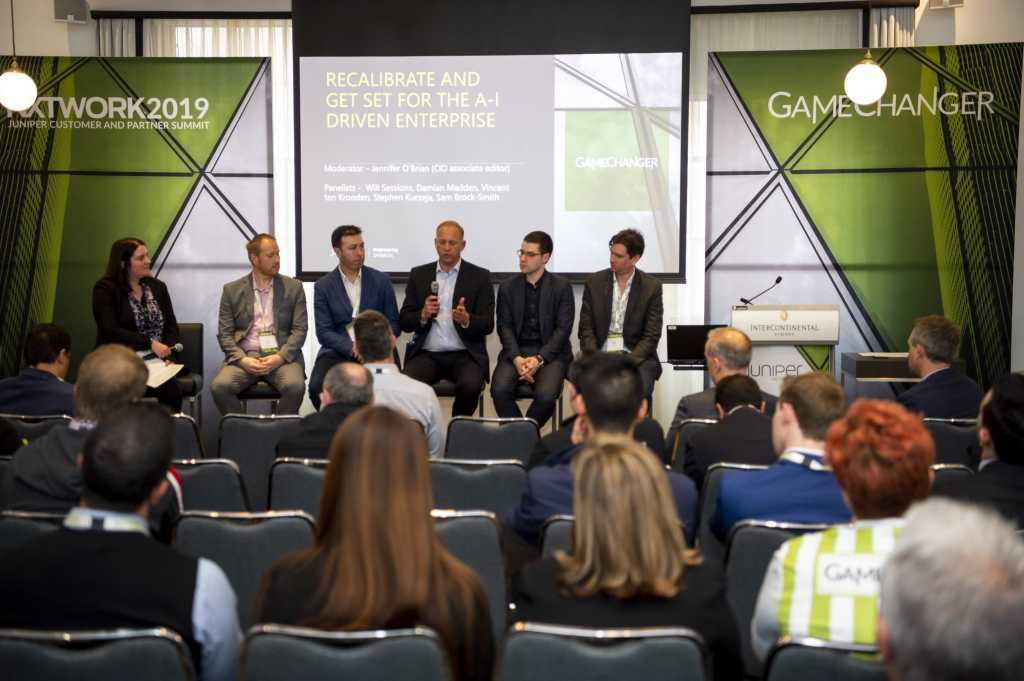 The push towards more intelligent – even invisible – networks is an exciting future and one we’re all working towards, according to a group of tech leaders during a recent CIO panel discussion at the Juniper Nxtwork 2019 event in Sydney.

CIO Will Sessions of Willow said the company – formerly known as Ridley – was primarily hatched because the property and construction industries are ripe for disruption.

The goal is to see “bricks and mortar” assets transformed into living, learning and evolving systems – essentially to connect the built and the digital worlds via intelligent software and networks, he explained.

“Construction is the second least innovative industry in Australia,” Sessions said, explaining he has his hands full educating the industry about the benefits of digital.

He said his main challenges in the role include explaining why clients need a robust infrastructure in the first place, and also how to deal with the legacy technology.

“We have to help the developers and end-to-end stakeholders understand the crucial nature of the networking, and why it’s actually important.”

Sessions said for the transformation journey to work, companies need to have the right hardware, the right redundancy and support agreements, as well as the right software.

“We have to get on the front foot and be innovative.”

Meanwhile, for Damian Madden, general manager of digital for The Woolmark Company, the digital transformation journey at his firm encompasses a wide spectrum.

“If you’re looking at traditional industries like farming or retail or fashion, they do what they’ve always done, which has been successful and will continue to be successful, but if you want to have growth, you need to look at new ways to change things.”

Madden said one of his main challenges on the transformational journey is dealing with tradition.

“If you look at the way garment manufacturers have worked for many years – sometimes for hundreds of years – it’s been the same. So it’s how do we look at new ways to work with them, both at the manufacturing and creation of new fibres and new garments to serve what the customer of tomorrow wants.”

He said the goal is “to be digital without being digital.”

“That’s the ability for people to tap into all of the benefits of a digital network, but without necessarily having to put devices between themselves and the network to access the information.

“It sounds a little bit of science fiction and that’s part of the challenge: How do you actually realise all of the data and all of the benefits we’ve been working to create in the past – 10 to 15 years of this digital evolution – and determine how to give it to consumers without asking them to get a device.”

Meanwhile, Mortgage Choice has also been on a transformational journey to modernise operations for the past few years, according to general manager of technology, Vincent ten Krooden.

He explained the initial plan – which was etched before his time – was to outsource platforms to third-parties; but it didn’t work. Once he joined, the firm decided to start again from the ground up with its infrastructure, networks and applications.

“One of game-changers might be the invisible infrastructure around hyper-converged.”

After 27 years with a lot of legacy platforms, he said the company has now shifted to a microservices architecture, which allows the company to reuse some of the old technology and repurpose it into a single pane of glass to improve the customer experience.

He said some of his next steps involves continuing to drive and improve the customer experience and build on the foundations already built into the infrastructure.

Looking to the AI-driven future, he said there’s a possibility customers in the future could interact with avatars, which would guide them through the mortgage process.

“Those are the things we need to look towards, and look at how we get our data in a position that allows for that,” he said, which involves mastering the customer data and eliminating silos.

Stephen Kurzeja, Vocus CTO, agreed the microservices architecture is an important part of creating agility. He said the transformation for the telco, thus far, has involved a massive scale-up of the network and a push towards digital.

“No one wants to talk about the network. It’s there and it works. Customers don’t really care when it’s working. If it’s not, it’s not so good. But the real focus now is on that digital experience. It’s really connecting the network back up to the customers. That has been the game-changer in terms of how we do that in a more agile way.

“We introduced agile into network engineering about five or six years ago, creating small teams again, and building upon that with devop principles as well.”

Essentially, he said the focus is on the automation of the network. “The cherry on top is that you can actually get cost out of it as well.”

Additionally, he said the key to modernising networks and pushing towards digital is to tackle the complexity early on in the piece. “It is dirty. It’s mucky, but it needs to be done.”

He cited a comment made by Juniper CEO Rami Rahim that “data is the new oil.”

“There’s a lot of data there – we’re in the early stages of what we do with that data next,” he said, explaining the company is focusing on how predictive analysis can help network operations (in particular determine what may fail) in order to improve the customer experience.

“Using that data to get more predictive is key – and that’s where machine learning comes in.”

“We have a belief that the network should be invisible. We retooled our organisation to operate not on traditional uptime/downtime measurements, but to appoint health through SLA and KPIs. That’s how we operate with our large government clients: We enable them to succeed and do the job they need to do by making sure their users are up and going and having a good experience,” he said.

“Making the technology invisible is pretty exciting. Soon we’ll see sites being stood up, connectivity being ubiquitous, and the stuff just working – and that’s a huge leap from where we’ve been and where we’re going to.”