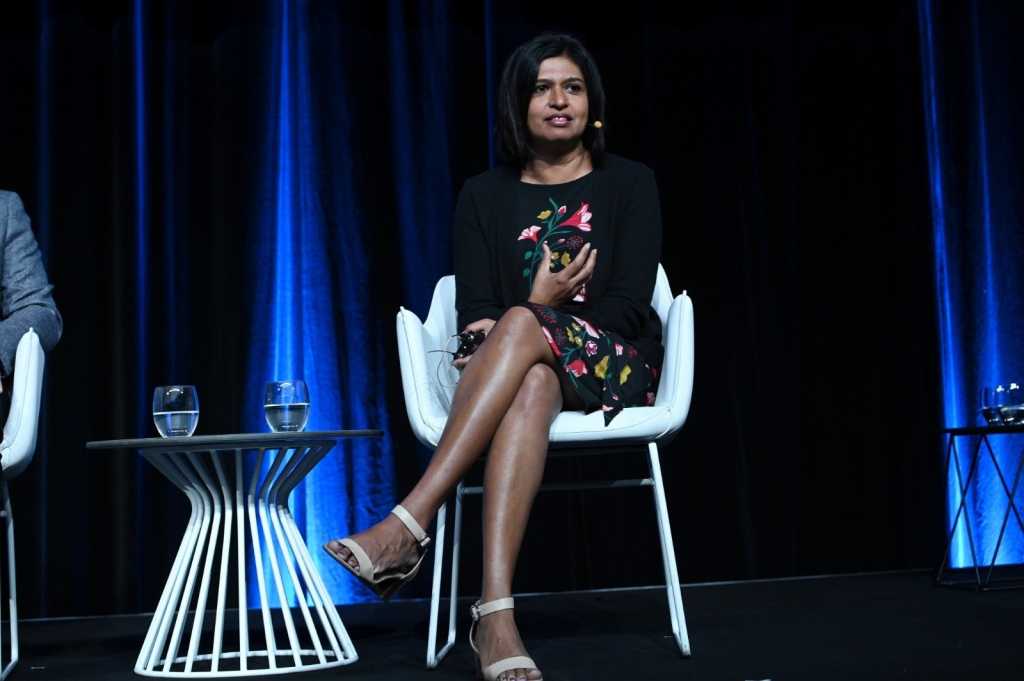 In 2012 when she was an IT director at Cisco in San Jose, Atlassian’s chief information officer, Archana Rao, was part of a technology project that turned out to be a complete disaster.

At the time, the networking giant wanted to transform the way it did IT projects – moving from massive waterfall programs that featured two major and two minor yearly releases, to a more agile environment.

“We got all of the technology that would allow us to do continuous delivery and release management. We evaluated the space, picked up all the right technology and we were wondering why people didn’t want to adopt it,” Rao told CIO Australia at this week’s Atlassian Open conference in Sydney.

What Rao and her IT group didn’t realise was that if their aspirations for continuous delivery were to be achieved, there needed to be a plan for what would happen to the hundreds of staff in the organisation’s test and release teams.

“We never thought about that,” she says. “There was no design or organisational plan so we went back to the CIO and said, ‘hey, this is technology that will enable you to do [continuous delivery] but by the way, you have changed your entire organisation and the leaders. The way work gets done today is going to have to change.”

So the program was reset and the team started again – this time determining what the organisation would actually look like when the project was completed, and how resources could be shifted.

“We did a reorganisation halfway through the project. People knew their managers, people knew what they were doing and they started shifting into that mode.

“It was a hard lesson because it wasn’t about technology; the technology could have solved the problem years ago but we failed because we didn’t take care of the people and the organisation. We didn’t do a good job of even articulating the value.

“Work was getting done in quarterly chunkshellip;but the business wasn’t even involved, it was an IT-only project, which was a huge mistake. There was no real sponsorship from the business side. I’ve learnt a lot from that, when I do massive transformation now – at Atlassian we started one recently around our commerce platform – our president is the executive sponsor from my perspectivehellip;I’ve gotten smarter and learned from my mistakes.”

Rao rightly adds that any technology project needs to be perceived by the organisation to be successful with that perception usually being created by the value that has been delivered.

“We had the products implemented but [the program] didn’t drive continuous releases so it wasn’t viewed as valuable.”

San Francisco-based Rao joined Atlassian last February as its first CIO. She moved to the now NASDAQ-listed software giant, with a market capitalisation that recently surged to US$50 billion, from Veritas where she was VP of IT. She held the same role at Symantec prior to a lengthy, almost 18-year stint at Cisco.

Her first role in 1997 at Cisco was as a senior engineering manager before moving into mergers and acquisitions when the vendor became ‘super acquisitive’ in the early 2000s.

“It was fascinating because we were doing due diligence and acquiring companies. I got to talk to a lot of founders and really understand business strategy.”

Rao has spent her career working on the vendor side of the fence on purpose, preferring to be in an IT team of technology product organisations like Atlassian. Right now, she is responsible for a tech team of 250 people, working with hundreds of systems and applications which are mostly delivered as software-as-a-service infrastructure.

“Almost all of our apps, including financials, are SaaS-based applications,” says Rao.

She says the engineering mindset of the organisation challenges the IT team to not just be an integrator of systems but to think more creatively.

“I love that challenge. So, I’ve enjoyed being in high tech because I enjoy being in an engineering-like company.”

In July, Atlassian said publicly that it would no longer put up with ‘brilliant jerks’, people who perform well at their jobs but make life difficult for fellow staff members – a major change in how the company conducts staff performance reviews.

When it comes to filling roles, Atlassian sets a high bar, says Rao.

“We are recruiting for talent in the area that we are looking to hire but we also want to avoid the brilliant jerks. We want people who are strong in working in teams, who enjoy the highly collaborative and transparent way in which work gets done in Atlassian so we are recruiting for both.”

Hiring strategies across geographies are different. In Silicon Valley, getting the right people can be tough as the company is competing with the likes of Google and Facebook for the talent pool. In Sydney, there’s a deeper knowledge around who Atlassian is and talent is more easily acquired from local universities, Rao says.

“At the moment, we have a really strong team [in Sydney]. We are trying to build that strength across all geographies; we just opened a Bangalore [India] office and there we are competing with everybody who is anybody but we are keeping our bar high and continuing to hire for talent. We went from nothing a year ago to 250 people in India and that team is amazing.”

One area where Atlassian needs to improve is in talent retention, says Rao.

“We can’t hire the one person who knows RPA [robotic process automation] in this geography. We have to be able to train our talent, really focusing on people who come with an engineering mindset, who are curious and have a mindset to learn and aren’t daunted by technology.”

No matter where people are working around the world, Atlassian’s culture is consistent. The biggest difference between Atlassian and other tech firms, Rao says, is how the company’s values come to life.

“I am amazed at how open and collaborative people are about their own teams and their roles. People are willing to debate and spar on almost any topic in a pretty open way, which suits my style because I’ve always been a direct and open person.

Clearly one of Atlassian’s core values

“When I moved around in Cisco, every team was different. They had their own way of operating, their own set of norms, but here our values unite us and forces us to operate in a way that really makes us feel like we are part of a larger company,” she says.

Atlassian is arguably the star of Australian software innovation, an organisation that has clearly made a significant impact in overseas markets, quickly finding its place in the United States.

Although the company is working to create Australia’s own Silicon Valley in Sydney, founders Scott Farquhar and Mike Cannon-Brookes in April took aim at the federal government, saying our politicians are staying away from science and technology policy.

Although unable to comment on Australia’s innovation policies, Rao recalls that a lack of barriers to innovation sets the United States apart.

“When I moved over to the US [from India] to work at Cisco, the big difference compared to India was firstly, how the policies of the [US] government really facilitated innovation; there were no barriers in the way.

“In the early days, routing protocols were beginning to emerge. We would write a patent and it would be protected. No-one would steal an idea from me, it was my idea and I could capitalise on it.”

The second difference between the US and other countries, she says, is the amount of investment that goes into the ‘idea generation machine.’ The startup culture in Silicon Valley is driven by the school system in the US, she says.

“In schools, kids want to create startups. Today, I hear about in Berkeley [The University of California] that have startups already before they have even graduated. In high school, people talk about startups. There are clubs that show you how to do startups, there are clubs that talk about how venture capitalists do funding. So it’s a very unique thing in the valley, that culture of innovation and the support structure around it is a living, breathing thing and I have only seen it grow over the last few years.

“Ihave two kids that are grown up now and they want to start companies and I believe it’s because of the Silicon Valley [mindset]. Their peers talk about it and their teachers talk about it. I don’t think it’s pervasive in the rest of the US, or the world; Ithink Silicon Valley is unique in that sense. The success stories of Elon Musk, Steve Jobs and Jeff Bezos only just fuel the passion. People can see their ideas through to that, and the confidence that they won’t have too many barriers on the way.”