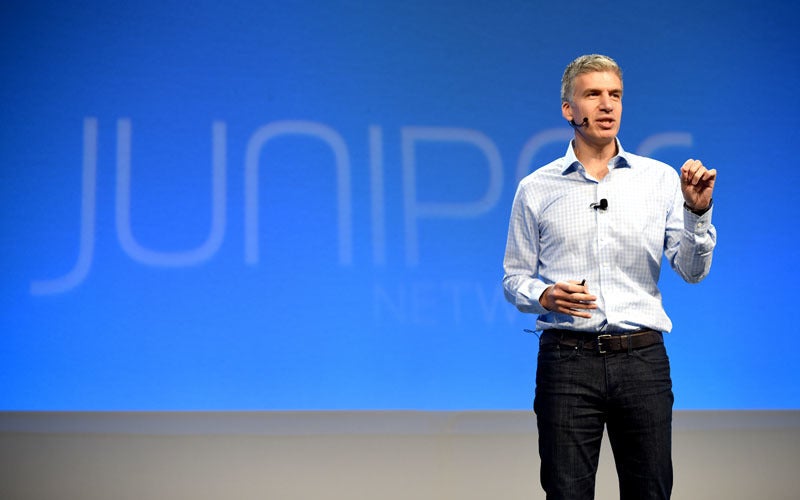 AI is changing the IT game and will fuel the age of self-driving networks, according to Juniper Networks CEO, Rami Rahim.

But sadly, AI is a “used and abused word today,” Rahim told attendees at last week’s 2019 Juniper Nxtwork event in Sydney. “In essence, AI is human intelligence exhibited by machines. There’s this notion of general AI, which is the stuff of movies. It’s C3PO, the Terminator.

“General AI is going to come anywhere between three decades from now, to never. However, narrow AI, the field in which AI is applied to specific tasks and activities has had profound breakthroughs. And very recently is reshaping industries.”

In more practical terms, he said the opportunities are endless with machine learning (a subset of AI) and with AI, technologies that are both paving the way for network simplification and modernisation.

“The future of connectivity, collaboration and communication depends on network modernisation through software. And to be more specific, highly automated software defined networks that leverage and tap into the key benefits of artificial intelligence,” Rahim told attendees.

Rahim is one of the longest serving Juniper team members. He was employee #32 in 1997 and back then worked as an engineer on the company’s first ever router, the M40.

“This software-oriented transformation is certainly affecting our industry, but it’s affecting many industries. Look at what’s happening in the automobile industry where software defined transformation towards self-driving vehicles is not to be underestimated.

“Networks that can self-discover, self-configure, self-monitor, self-correct, self-analyse, self-optimise. Networks that can deal with the complexity that has been adding to networking over the last couple of decades.”

He said the key benefits of smarter networks includes dramatic cost savings and increased agility across networks, translating into immense value to the business.

“In a nutshell, this vision depends on just a couple of key elements. First, tapping into the data that exists in these networks today. Then, analysing the data with artificial intelligence and then proactively acting based on the lessons that we’ve learned from that data – with the goal of simplifying networks.”

ML and DL on the scene

Additionally, he said machine learning (ML) has also had a very disruptive effect on the field of AI and can’t be underestimated.

This leads to the third important piece of the puzzle, he said, which is deep learning (DL).

“Deep learning is simply a technique for implementing machine learning. And the technique leverages things like neural networks. They are arranged in layers, and each layer of a neural network is responsible for making more and more detailed predictions.

“The more layers, the more powerful that algorithm is – and the more data you need to teach the machine to make those predictions.”

Rahim said while AI isn’t new – the first mention of it was at a conference in 1956 at Dartmouth College and considered the birthplace – it makes sense to talk about it today.

“Why now? And not five years ago? There’s a really good reason for this and that is that there’s almost a perfect storm of conditions that have come together and made AI really possible today. It starts with data. We are accumulating an insane amount of data and we are recognising how important it is. Data has actually become the most precious resource. More valuable than oil.

“Everyone that runs networks are sitting on a goldmine – you just haven’t tapped into the goldmine just yet. Ninety per cent of the world’s data today was accumulated over the last two years.”

He said the perfect storm also involves the increasing amounts of compute power. “We live in an era today where we have more memory and compute in our pockets than a supercomputer did in the year 1980. And cloud again is making that compute power abundant, it’s making it ubiquitous, it’s making it economical, and accessible for practically anywhere.”

And last but not least, he said, the perfect storm involves software. “Open source software has essentially democratised AI learning and algorithms. You no longer need to be a rocket scientist to develop a sophisticated artificial intelligence algorithm to enter into space.

“In fact, the industry is very open when it comes to sharing best-of-breed algorithms. Ask Elon Musk to give you his AI algorithms and he would give it to you on a silver platter. Now ask him for the data he’s accumulated over the last few years. I doubt you’ll see any of it. The value is in the data.”