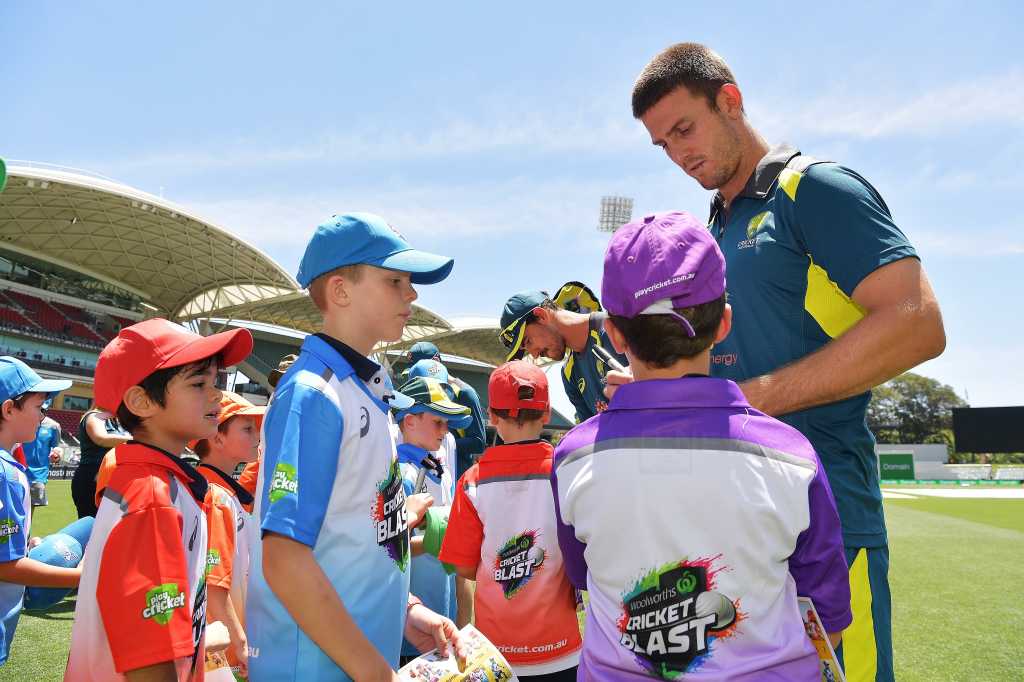 Cricket Australia has taken the digital transformation plunge on a national scale, using Microsoft cloud – Office 365 and Teams – across all 1,300 business units in a bid to improve collaboration and foster innovation across the organisation.

The move to deploy Office 365, specifically Microsoft Teams – which took 18 months – will encourage nationwide collaboration and gather fresh insights that players, coaches and staff will benefit from, Cricket Australia said.

With nine different cricket organisations and no cohesive IT infrastructure in place, Cricket Australia established a national IT steering team whose job it was to deploy the Office 365 platform amongst all member organisations, enabling effective communication regardless of location.

It also enables Cricket Australia’s workforce to communicate with each other wherever they may be – in a meeting room, in the stand or even pitch side.

One way Cricket Australia is using Microsoft Teams is to help boost results. For example, coaches at a high-performance training session in Tasmania wear headsets to capture all their advice and commentary, while the cameras are set up to collect stills and video for future review.

By being able to capture all the on-field content in Teams, share it, comment on it, and refine it, coaches and players are hoping that there will be fresh insights they can benefit from that might otherwise have been overlooked during the physical training session, Cricket Australia said.

To encourage nationwide collaboration and communication Cricket Australia has made Teams available – but it isn’t prescribing how it’s used.

“We will give you a guideline, but you are as responsible for innovation as we are. That’s a great example from Tasmania,” Godwin said.

This means the business determines who has permissions to access content, who is invited into the Team, and how it is used.

Godwin said that distinction was important in order to drive the innovation that Cricket Australia wanted to see across the organisation, and at the same time it freed up the IT team for other work.

Godwin said he’s also looking at other Microsoft technologies such as the Surface Hub 2 which could be deployed in offices to create “huddle spaces” so that information can be easily shared.

According to Cricket Australia, the desire to boost collaboration and transform the organisation dates back to 2011, but at that time the IT infrastructure was fractured.

The nine separate cricket organisations were connected by a wide area network; there were also nine email servers, nine active directory domains and while there was a team of 11 IT staff at Cricket Australia headquarters, there were other IT personnel corralled in their own state or territory, it explained.

Cricket Australia, senior manager of cloud platform and architecture, Murray Newham, said migrating to the cloud, deploying Office 365, and embracing Microsoft Teams has transformed the way the organisation operates; it establishes a truly national information ecosystem that nurtures a more cohesive approach to cricket across Australia.

While the IT team will still be spread over the country – it will act as one integrated team which will ensure seamless communication and collaboration.

“This demonstrates that we have the appetite to innovate. It has given us as a tech team, and to the organisation, the tools so that we can be cutting edge,” said Newham.

During the initial phase of the deployment, Cricket Australia was mindful of the governance that needed to be put in place to ensure Teams operated efficiently and effectively, ensuring multiple Teams weren’t created for the same project.

With training and experience, Teams embedded itself as the communications and collaboration platform of choice – with 40 Teams being established across the technology group, Cricket Australia said.

After one year, 380 Teams sites have been created across Cricket Australia.

She said it has completely transformed the organisation, “how we work and who we are as a team.

“Our tech team had one of the highest engagement scores in the organisation. Teams gave us the ability to communicate, work together and build relationships even when we have never met one another.

“It enables you to break down the barriers – there’s no need to fly across the world or across the countryhellip; the decisions can be made faster if we’re not waiting for those planes.”

Cashen said it has changed the way the organisation works nationally, but it remains an environment that’s flexible enough to tackle Australian Cricket’s unique makeup.

“It’s a national body, but it’s made up of separate entities such as the state cricket bodies. . . And they work together, but there’s some healthy competition there as well,” she said, explaining Microsoft Teams can cope.