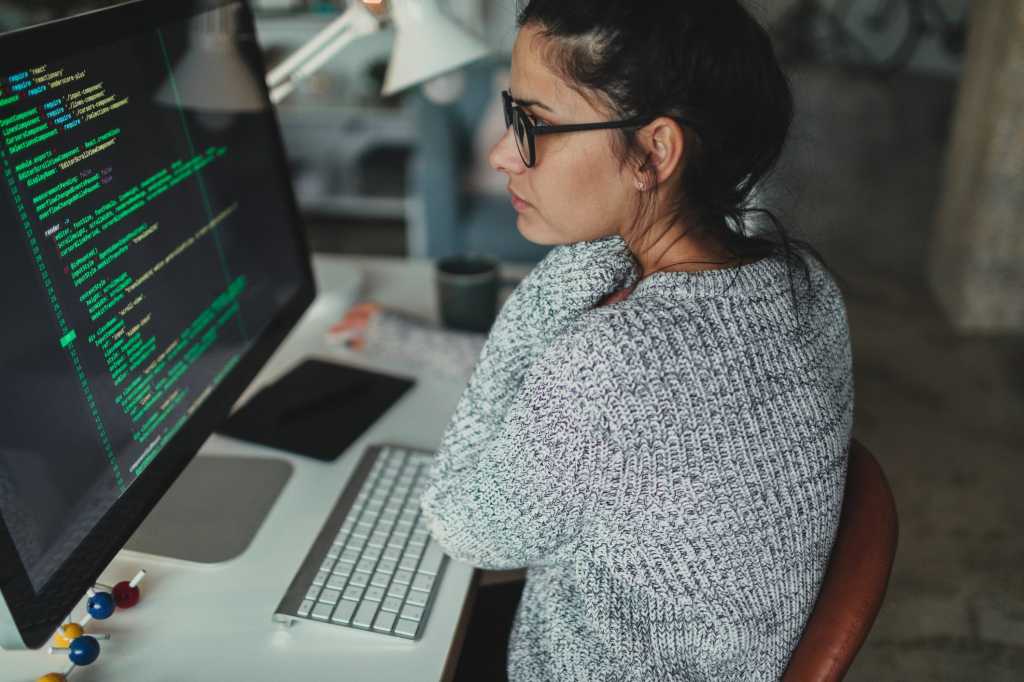 Diversity is critical in tech, as it enables companies to create better and safer products that take everyone into consideration, not just one section of society. Moreover, a 2020 report from McKinsey found that diverse companies perform better, hire better talent, have more engaged employees, and retain workers better than companies that do not focus on diversity and inclusion. Despite this, women remain widely underrepresented in IT roles.

Statistics from the following nine facets of IT work, ranging from higher education to workplace environment, paint a clear picture of the challenges women face in finding equal footing in a career in IT.

Women make up 47% of all employed adults in the U.S., but as of 2015, they hold only 25% of computing roles, according to data from the National Center for Women & Information Technology (NCWIT). Of the 25% of women working in tech, Asian women make up just 5% of that number, while Black and Hispanic women accounted for 3% and 1%, respectively. All this despite the fact that the growth of STEM jobs has outpaced the growth of overall employment in the country, growing 79% since 1990 while overall employment has grown 34%, according to data from Pew Research Center. Despite national conversations about the lack of diversity in tech, women are disproportionally missing out on this boom.

According to data from the National Science Foundation, more women than ever are earning STEM degrees — and they are catching up to men in earning bachelor’s degrees in science and engineering (S&E) subjects. But when you isolate by field of study, women earned only 19% of computer science degrees at the bachelor level in 2016, compared to 27% in 1997. Still, while women are less represented in undergrad CS departments, those who do pursue computer science degrees are more likely to dive more deeply these days, as the percentage of master’s degrees in computer science earned by women rose to 31% in 2016, up from 28% in 1997.

Once a diploma is earned, the real work begins, and here the numbers for women in tech are perhaps even more troubling. Only 38% of women who majored in computer science are working in the field compared to 53% of men, according to data from the National Science Foundation. Similarly, only 24% of women with an engineering degree still work in engineering, compared to 30% of men. This is a consistent trend that has been dubbed a “leaky pipeline,” where it’s difficult to retain women in STEM jobs once they’ve graduated with a STEM degree.

Women aren’t entering technology jobs at the same rate as men — and one reason can be traced back to male-dominated workplaces. A 2017 poll in the Pew Research Center report found that 50% of women said they had experienced gender discrimination at work, while only 19% of men said the same. The numbers were even higher for women with a postgraduate degree (62%), working in computer jobs (74%) or in male-dominated workplaces (78%). When asked whether their gender made it harder to succeed at work, 20% of women said yes and 36% said sexual harassment is a problem in their workplace.

In addition to increasing the likelihood of gender-related discrimination against women, male-dominated workplaces pay less attention to gender diversity (43%) and cause women to feel a need to prove themselves all or some of the time (79%), according to Pew’s 2017 research. As a comparison, only 44% of women working in environments with a better gender-diversity balance said they experienced gender-related discrimination at work, 15% felt their organization paid “too little” attention to gender diversity, and 52% said they felt a need to prove themselves.

A lack of representation for women in tech can hinder a woman’s ability to succeed in the industry. It can put limits on their opportunities for mentorship and sponsorship and can lend to fostering “unconscious gender bias in company culture,” leaving many women “without a clear path forward,” according to a report from TrustRadius. The report found that 72% of women in tech report being outnumbered by men in business meetings by a ratio of at least 2:1, while 26% report being outnumbered by 5:1 or more.

Women in tech are unfortunately accustomed to a lack of representation — 72% of women said they have worked for a company where “bro culture” is “pervasive,” while only 41% of men said the same. TrustRadius defines “bro culture” broadly as anything from an “uncomfortable work environment to sexual harassment and assault.” As the study points out, this gap in reporting between genders is likely in part due to a discrepancy in perception, noting that it “can be hard for those in power, or those not negatively affected, to recognize problems within the dominant culture.”

The majority of women in tech (78%) also report that they feel they have to work harder than their male coworkers to prove their worth. Women in tech are also four times more likely than men to see gender bias as an obstacle to promotion. And for women of color in tech, they are even less confident than white women about their prospects for promotion — 37% of women of color in tech report racial bias as a barrier to promotion.

Women in tech report facing more burnout than their male colleagues this past year. The report from TrustRadius found that 57% of women surveyed said they experienced more burnout than normal during the pandemic, compared to 36% of men who said the same. That might be because 44% of women also report taking on extra responsibilities at work, compared to 33% of men. And a greater number of women (33%) report taking on more childcare responsibilities than men (19%) at home. Women in tech were also almost twice as likely to have lost their jobs or to have been furloughed during the pandemic than men (14% vs. 8%).

Startups are known for unconventional work environments, but women still struggle there — especially if they’re the founder.

Women are also more concerned with compensation than most stereotypes would have you believe, according to a 2019 report on Women in Technology from IDC. There’s a myth that women are more preoccupied with benefits and flexibility, but 52% of women care about compensation and pay compared to 33% of men. Additionally, 75% of men believe their employer offers equal pay while only 42% of women say the same. Compensation is certainly a paramount concern for women in tech, who are often making less than their male colleagues.

The IT leadership gap

Although these statistics are trending upward, women still feel less enthusiastic about their senior leadership prospects than men. The report found that 54% of men said they felt it was likely that they’d be promoted to executive management in their company. Meanwhile, only 25% of women said the same, noting a lack of support, self-confidence, and mentorship, as well as feeling the need to “prove themselves more than men to get promoted.”

This article was originally published on January 23, 2020.