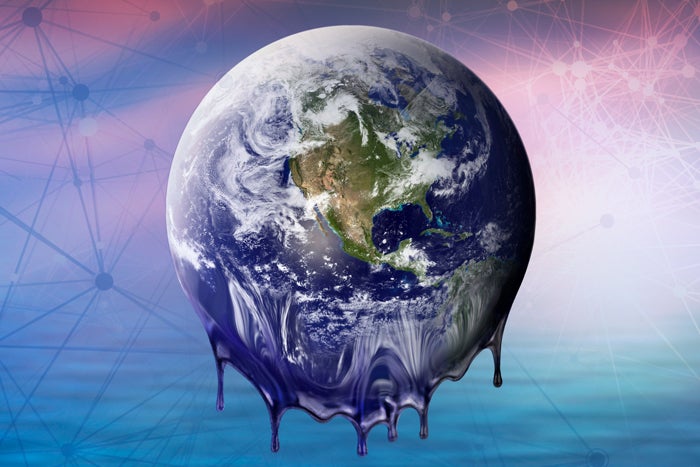 The future is closer than you think.

You can never predict what weather will occur from year to year, but for decades climate change models have foretold more, and more intense, wildfires as heat and dryness increase. Just 14 months ago, California’s Camp Fire killed 85 people and destroyed nearly 19,000 structures – the worst California fire disaster on record. So far, the recent wildfires in Australia have burned an unprecedented 27 million acres and have resulted in the death of at least 27 people and an estimated 1 billion animals.

Meanwhile, climate scientists have observed that CO2 increases may take decades to fully impact average global temperature. Our current condition is the result of CO2 levels already in the rearview mirror. We’re already locked into worse fire conditions, greater ice melt, and equatorial regions too hot for humans to inhabit. All of that is irrevocably in the pipe.

Worse, IPCC predictions about these effects do not fully account for positive feedback effects. The frozen tundra around the Arctic Circle is thawing, releasing into the atmosphere gigatons of CO2 and methane, the latter a gas with 100 times the heat-trapping properties of CO2. Temperature increases mean the atmosphere can hold more water vapor, piling on more heat-trapping effects. More fires and dead vegetation release more carbon into the air…and so on.

We need solar geoengineering because the risk of a spiraling, catastrophic global warming is real, driven by CO2 levels unprecedented in human history and positive feedback mechanisms we don’t fully understand. We need to cool down the planet directly by increasing its albedo to stop positive feedback as we learn to develop systems that can capture carbon from the atmosphere and sequester it underground.

The IPCC already assumes that carbon capture technology must be developed in order to avoid the worst effects of climate change. But we need more time – and solar geoengineering is the only practical way to give us that time. Warmer seas are already causing massive sea life die-offs; the rate of sea-level rise has doubled in the past 20 years. These effects must be stopped as soon as possible.

Considering its global effect, solar geoengineering is not expensive. For some tens of billions of dollars per year, high-flying aircraft dispersing sulfur particulate matter in the upper atmosphere could cool the earth quite effectively. How do we know it works? One benchmark was set in 1991, when the volcano Mt. Pinatubo spewed sulfur particulate matter around the globe, resulting in a decrease in global temperature of 1°F through 1993. At a larger scale, the 1815 eruption of Mount Tambora in Indonesia caused 1816 to be dubbed “the year without a summer.”

With computer-controlled drones spreading sulfur particles coupled with compute-intensive climate modeling, we could reduce earth’s temperature and potentially control that reduction at granular levels. Reversing the effect would be as easy as calling the drones home.

Geoengineering, however, is not a permanent solution. It can never be interrupted without disastrous consequences. And it does not stop ocean acidification as a result of CO2 absorption, which is as much a contributor to mass extinction of sea life as temperature increase. Also, no matter how tightly solar geoengineering is controlled, unintended negative effects are inevitable. Geoengineering is a stopgap to buy more time.

Many see geoengineering as a moral hazard: If it works, the incentive to reduce greenhouse gasses falls. The problem is that we have already run out of time. Geoengineering gives us the opportunity to create clean powergen and carbon capture technologies we should have developed and deployed decades ago.