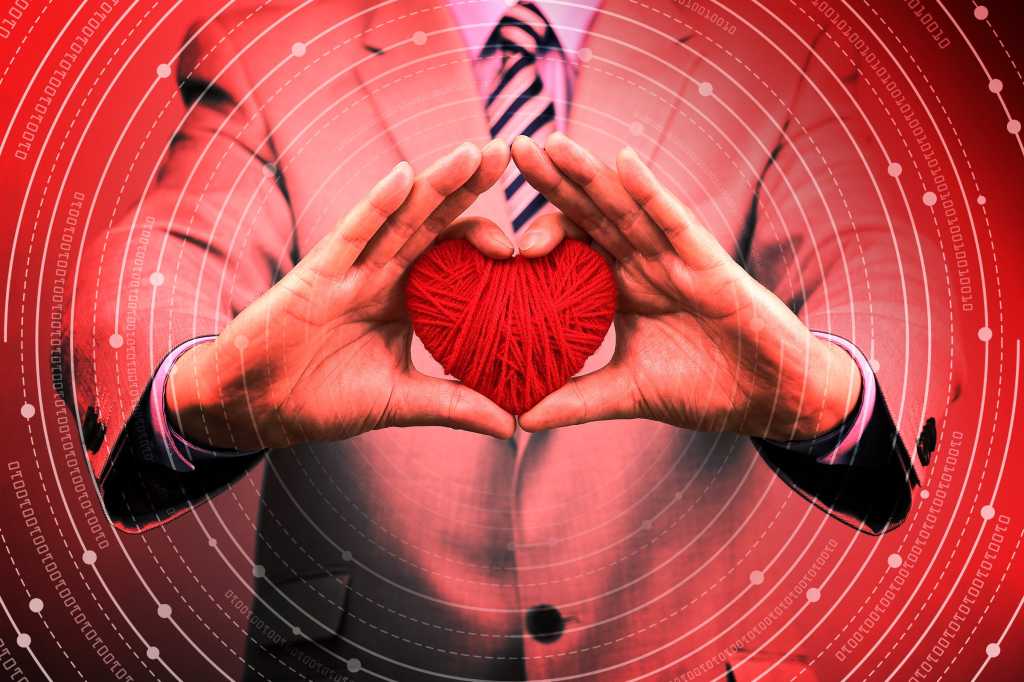 It used to be that hiring IT staff was merely hard. Finding (and landing) that complex array of technical skills remains a tall ask. But as technology becomes further entwined with the business and IT has become more customer-centric, IT positions demand not only technical know-how but also emotional intelligence, creativity, persuasiveness, adaptability, a communicative and collaborative approach, even humility.

“Gone are the days of head-down coders,” says Jeff Frey, managing director of Talent Path. “Even if you have those people on staff, they need to be able to collaborate.”

These days soft skills can be a better predictor of how well a new hire will do than technical skills. But determining whether a candidate has soft skills is challenging. Getting it wrong can cause a mismatch that will be hard to overcome. According to a study from HireVue, four-fifths of job candidates are confident in their ability to articulate soft skills in an interview yet four in ten have started a job only to later discover they had the wrong soft skills — and over half left because their personality or work style didn’t fit.

“This is a topic I’ve spent a lot of time fretting over,” admits Rob Lefferts, CVP, Microsoft Security. “Most of my team are program managers. And management requires a whole ocean of soft skills.” These skills include listening, a constant commitment to learning, a growth mindset, communication skills, the ability to tell a story, strategic thinking, problem solving, and humility, to name a few, he says.

“You have to have all these skills somewhere on every team and put together a team that will click together,” Lefferts says. Pulling that off requires more than including a Meyers Briggs test in your assessment and barely glancing at the results.

Here skilled interviewers and psychologists offer pointers to help you improve your ability to assess soft skills throughout the hiring process.

Structure the interview to draw out soft skills

For Lefferts, this part of hiring is so essential and complex that he doesn’t delegate it. “We try to do at least three but not more than five interviews,” he says of the hiring process in his division. “I come at the end of that process. And I’m not there to assess technical abilities. There are people who decide that before I get called in. I have strong confidence in them. I’m there to look for soft skills.”

Lefferts goes to great lengths to create an interview that showcases the applicant’s soft skills. He designed the interview setting to be relaxed and to encourage real, honest conversations. “I am an introvert,” he says. “I know that we introverts tend to keep our answers short.” Getting past an introvert’s tendencies — or a language obstacle, cultural barrier, or someone who clams up in an interview — requires that he break through the awkwardness of the setting and start a genuine conversation where everyone gets caught up enough to relax, forget their fears of being judged, and speak their mind. Pushing the conversation to the point of passionate discourse is his goal. “If I get pointed questions about our security strategy, I am super happy,” he says.

ChenLi Wang, currently senior vice president of product at Pango, agrees. “When I was at Dropbox, the company scaled from 30 to 2,000 people during my six years there,” he says. “You have to figure out how to interview because you have to live with the people you hire.”

Wang, too, goes to huge efforts to unearth soft skills. “I try to structure the interview so there are multiple components that mimic what the job is like,” he says. He eschews the traditional question and answer format — or whiteboarding — for something more like a workshop.

“I bring a few stakeholders into the interview and present a problem. Then I ask the interviewee to question the stakeholders to work out a solution. I might give them the prompt a week in advance so they can do some research,” he says. He feels this is a great way to level the field for the socially cautious, introverts, those for whom English is not their most comfortable language, people who are more articulate in writing, or anyone who is too precise to speak off the cuff.

Choose the right interviewer for the job

One thing these two seasoned interviewers have that’s often lacking in interview rooms is that they possess — and can recognize in others — the soft skills they’re looking for.

Jen Felch, chief digital officer at Dell Technologies, believes this is an essential part of the interview process. You must put people in the interview room with strong soft skills. “We would have a software engineer in the room, interviewing on the technical skills for software development,” she says. “And we would also have someone in the interview with strengths on the softer side, interviewing for those things.”

Identifying hard skills is relatively easy. You can test for them. Ask an engineer to whiteboard a problem and you’ll get a good idea of her technical abilities, and if you have an interviewer versed in soft skills in the room, you’ll also get a sense of her soft skills. “But having technical expertise is only half the battle,” says Emily King, HR director at ScienceLogic. “We practice behavioral interviewing. We ask questions designed to elicit a natural response from people and we train our interviewers to listen for the things we have defined to make sure we’re getting people who can communicate, collaborate, and work as a team.”

If you aren’t blessed with a team loaded with soft skills, your first strategy might be to turn your efforts inward. Even if you have one or two soft skills–possessing unicorns to throw at your hiring process, the people you hire will need to work with your current staff.

“The training and assessment of your current staff needs to be the first place you look before you hire somebody that has potentially high emotional intelligence,” says Talent Path’s Frey. “If your current workforce hasn’t been introduced to the idea of emotional intelligence, you’re doing a disservice to the people you’re attempting to hire. They will be frustrated.”

However hard you work at this, though, you’re unlikely to find anyone who possesses all the skills — hard and soft — on your wish list.  Soft skills are context-sensitive, though. You need the right ones for the job or team, not all of them.

“It is super important for all our technologists to have soft skills even to collaborate with other engineers,” explains Dell’s Felch. “But soft skills on a technical team may not look the same as they do in a marketing team. The engineer might be able to articulate five reasons why something won’t work and that’s okay. The point is that we’re all communicating.”

One common strategy in IT interviews is to ask a candidate to whiteboard a problem. This gets the candidate out of the chair, talking, explaining, and listening to questions. It can showcase the person’s thought process and problem solving right along with their ability to elucidate technical topics. Many interview teams use this strategy to assess soft skills. But that can be problematic. “I would caution against lumping everything into a whiteboard, especially this assessment for soft skills,” says Wang. “That is a very interview-specific context that is not like actual work.”

“I ask people to walk me through the most technical challenge they’ve had in the last six months,” says Felch. “That answer gives you a lot of insight into the person’s ability to articulate a technical problem and to explain it to someone new — the interviewer. Then it gives us a platform to start to engage.”

“There are some tried and true questions for this,” agrees Franklin Reed, director of inclusion and diversity at TEKsystems. “For example, asking how they worked through challenges they’ve faced in the workplace shows their problem-solving skills and their ability to think on their feet. But it can also identify if a person has the self-awareness to ask for help and the interpersonal skills to engage other team members.”

“I see so many IT professionals who get into cross-functional situations and don’t handle the tensions appropriately,” agrees Liane Davey, author of You First: Inspire Your Team to Grow Up, Get Along, and Get Stuff Done. When your candidate is answering these questions, “listen for a positive and constructive mindset about conflict, clarity about their role on the team, effective approaches they took to communicate with other stakeholders, creative problem-solving strategies, and approaches they used to come to a resolution.”

“Some people can explain and simplify quantum physics,” says Arvind Kapur, CEO and co-founder of Saggezza, a technology solutions provider and consulting firm. “Those are the most fantastic people to have on teams because they can gauge the familiarity of a person with the topic and adjust the level of the conversation to suit them.”

“There is cause for concern, though,” warns Davey, “if [your candidate] tells a story where they avoided conflict, acquiesced too quickly, compromised into a sub-optimal discussion, or pushed the IT perspective single-mindedly with little attention to other considerations.”

Put in the time

For many organizations, especially in a tight talent market, and with ongoing initiatives, a fast hire might seem like a dream come true. But you are likely better off in the long run getting the right hire rather than the fast one.

“I have found that the biggest constraint to making new hires is time,” says Reed. “In many cases you need a body in the chair two months ago and if you find someone with skills, you move forward. It takes time to ask great questions and get at the truth.”

Hiring someone into a job that’s a bad fit is a waste of time. According to HireVue: “Sixty one percent of Americans who left their job as a result of having the wrong personality or soft skills blamed the hiring process for failing to identify this mismatch.”

That data point does not change the fact that doing hiring right is too time consuming for many IT teams. “I’ve designed many of those paper-based assessments,” says Nathan Mondragon, chief IO psychologist at HireVue. “It’s a huge undertaking to run a candidate through a five-step hiring process.”

HireVue is designing technical solutions to streamline this process using games, artificial intelligence, and skilled video interviewers. The hope is that, this way, you can get the soft and technical skills you need while weeding out bias and making the process not only faster but a lot more fun.

“You want to make your assessment predictive of who will be successful and who won’t,” explains Mondragon. “You want to make it friendly and useful for the candidate. And you want to minimize bias in the hiring process.”