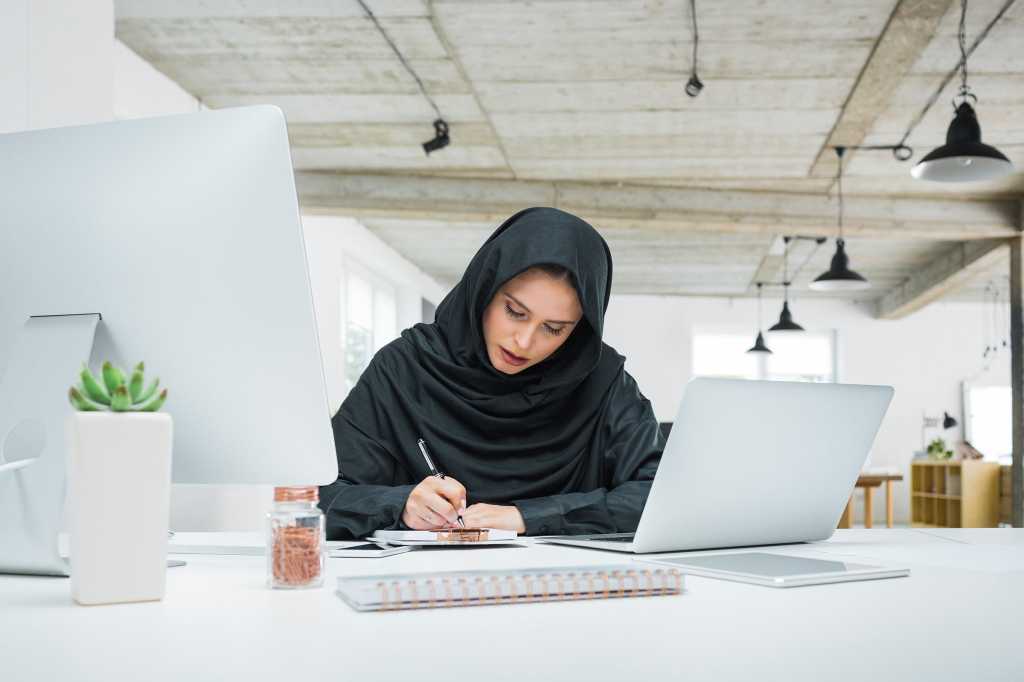 Middle East CIOs can expect to see an escalation this year in discussions around the regional technology industry’s gender equality gap. According to the World Economic Forum’s (WEF) 2020 Global Gender Gap Report – which quantifies parity using a proprietary metric across several focus areas, including life expectancy and pay – the Middle East and North Africa (MENA) still lags its global peers.

Though countries in the region – particularly Tunisia, the UAE and Kuwait – have recently cut their parity gaps significantly, there is a lot of work still to do, according to the WEF. In fact, MENA may take up to 140 years to reach equal-pay status compared with 54 and 59 years in Western Europe and Latin America, the economic body says.

The technology industry has become notorious for such inequality, with policies on maternity options coming under particular fire from equality advocates.

“As an industry, [technology is] failing an entire demographic of women… who take a break due to personal or maternity reasons,” said Mashal Waqar, co-founder and COO of The Tempest, a media group focusing on women’s rights. “I’ve had conversations with countless women in tech who’ve been unable to resume successfully… They are fighting against a system that is structurally not built for them.”

Number of women rises in STEM

About half of all the region’s science and technology graduates are now female, though, and technology leaders across the Arab Gulf and wider MENA region are waking up to the potential untapped reservoir of talent in their midst. They will have to  compete for that talent by instituting mindful diversity-and-inclusion practices. But for a region traditionally at sea when tackling such issues, where should recruiters begin?

“It really depends on the commitment you are willing to make,” according to Sabine Holl, vice president of Technical Sales and chief technology officer at IBM Middle East and Africa, which she says has a female recruitment rate of around 50 percent.

There are different approaches and challenges to both recruiting and retention of talent. Overall, MENA companies are already “doing quite well” in terms of gender-equality hiring practices, according to Sophie Leray, CEO of Naseba, a business-facilitation firm specialising in emerging markets. She also founded the Global WIL (Women in Leadership) Economic Forum, a platform dedicated to the advocacy of women’s economic empowerment around the world.

“What is more challenging,” she said, “is inclusion and gender representation in all parts of the business, and at all levels.”

A common theme in discussions about gender equality is that there while there is growing awareness of diversity issues in the workplace, there is a lack of follow-through at enterprises.

“My advice to tech leaders and recruiters would be to assess the complete funnel when it comes to recruitment,” said Waqar, who noted a “big disconnect” between vision and strategy, which leads to failed executions in equality programmes, despite noble intentions.

The experts’ advice boils down to five main points:

Regional technology organisations and departments that make gender equality a business priority can pave the way to “a culture of inclusion,” but ultimately leadership must be accountable for results, IBM’s Holl said.

Naseba’s Leray suggested that, “Driving an inclusive culture by setting up programmes for all employees for learning allyship, communication best practices – especially around tough conversations – and inclusive leadership skills” will allow companies to “reframe what good leadership is” and help to build an inclusive corporate environment.

Accountability, particularly “assessment of equity on all levels” is important, agreed The Tempest’s Waqar. “What the top leadership aims for does not necessarily trickle down through the hierarchy into practices,” Waqar said, citing personal experience of “sexism disguised [as] well-intentioned advice.”

“I had more work experience than my classmates and was still told by female recruiters in a big tech firm [that they] ‘couldn’t see me working behind a screen, so I should apply for the marketing position instead.’ This is discouraging to a generation that is about to enter the workforce.”

Tech industry leaders strongly urge companies to actively seek out female tech talent. The  number of regional female graduates in STEM areas is now on a par with that of male graduates.

Waqar advised regional tech recruiters to be aware of bias and put in place mechanisms to identify it effectively, and early, in the onboarding process, to ensure that active recruitment programmes for women do not stall or produce results contrary to intent.

“Implement measures that will educate decision makers about the implicit and unconscious bias they may have,” Waqar urged.

Building relationships with academia and relevant organizations, such as ArabWIC (the Arab Women in Computing collaborative) and WIDS (Women in Data Science) is also important, Holl said. “I take time to meet with them and encourage young women to aspire to careers in technical roles,” Holl added.

“Investing in programmes – whether internally or in partnership academic programmes – to identify women developers, engineers and scientists as the future heart of the company, is key to innovation,” Naseba’s Leray said.

Technology companies, in particular, should take time to identify standout female talent in technical roles early, and ensure they have “mentors to help them understand their career opportunities and achieve their potential” Holl added.

“Women work hard and tend to be perfectionists,” Holl said. “It is important to encourage them to also promote themselves and be heard.”

Women in technology roles would thrive much more readily if they had strong female role models to inspire them, Holl argued.

“When I started my technical career, there were few women to serve as mentors or role models,” Holl lamented. “IBM [has] a longstanding culture of diversity and inclusion… but I realised this is not always the case.”

It is especially vital to identify “rising stars”, not only for targeting with technical professional development, but for investment in their mentorship potential, Leray agreed.

In addition, investment in mentoring “can go a long way in building superstars [and is] a long-term strategy that pays off” Waqar noted.

Vital for women to thrive and grow in regional technology roles is the recognition of career breaks as necessities rather than luxuries. Helping young mothers to balance job responsibilities and childcare is a vital issue that needs to be addressed, Waqar pointed out.

Holl agreed, saying, “Flexible working hours and clear communication among the team is key to success. Provide a work environment [that] allows women to excel.”