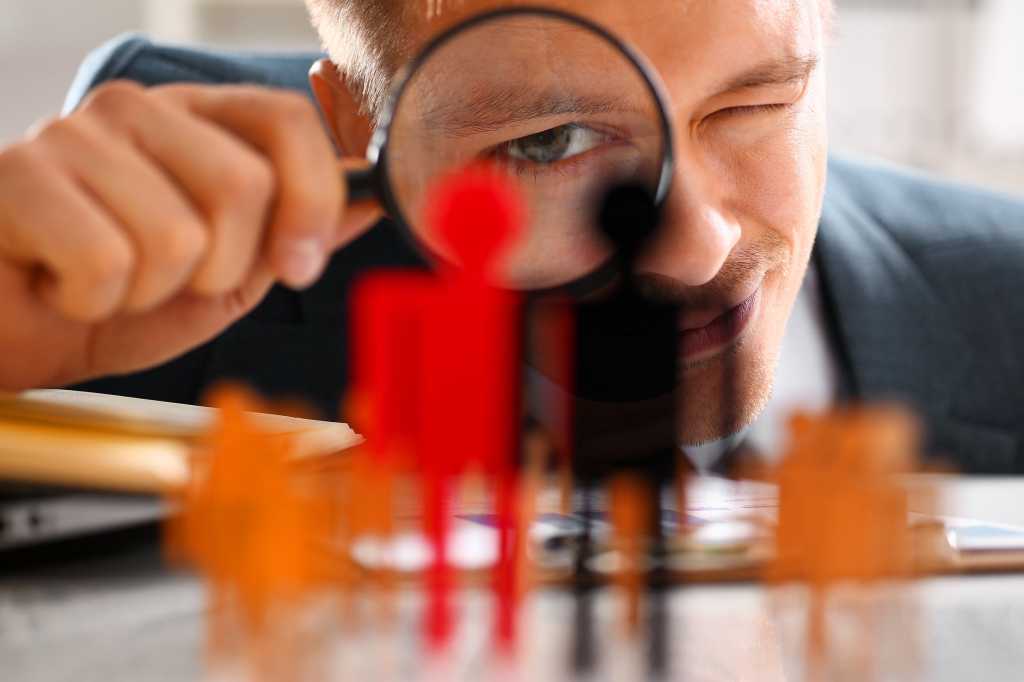 A tight market for IT talent is leading to a shift in how tech pros are discovered, hired and then engaged once on board. While some of the advances are technology-driven, others emphasize the culture your organization cultivates to attract and retain top talent.

A new report from LinkedIn warns that only half of employees think the on-the-job experience is positive, reducing productivity and harming retention. “If they’re not on their way out,” the report cautions, “they’re likely performing well below their capabilities.”

Improving employee experience, developing new hires from within, and increasingly sophisticated use of AI are all on the rise. Read on to find out about how these changes are affecting the way companies reach and keep tech talent.

Data analytics have been touted by HR departments for a decade to predict candidate success, reduce bias in hiring and promotions, and identify employees who are likely to leave. But according to LinkedIn’s Global Talent Trends 2020 report, those capabilities are hitting the mainstream, thanks to 252 percent increase in HR professionals who have data analysis skills in the past five years.

“The top areas where companies are currently using analytics include employee performance and workforce planning,” according to the report. “After that, the talent pipeline gets significant attention. Companies are applying data to evaluate recruiting channels, identify skills gaps, and assess talent supply and demand.”

Chris Bergh, CEO of DataKitchen, a company that specializes in DataOps, says he’s seeing analytics used to discover emerging IT roles and identify what traits are needed to succeed in the positions, which are then used to create job descriptions that attract top candidates.

Data science is also helping companies manage costs, Bergh says, “because it’s able to instantly analyze siloed data across the company and provide hiring managers with fine-tuned information, including how much the hiring process is costing the company: cost per hire, cost by department, onboarding expenses, and the cost of failing to retain current staff.”

The difficulty with internal hiring is that it’s frequently a passive process, says Becca White, director of people analytics at LinkedIn. Here, White sees an opportunity in creating programs that get ahead of the game by identifying good internal candidates for positions before they come open.

“Expect to see companies play a more proactive role by finding internal candidates and evaluating them, instead of waiting to see who applies,” White says. She describes a system designed at AT&T, which allows employees to create profiles listing their skills, search for opportunities for internal training, and get tuition assistance.

“As more people update their profiles,” White says, “leaders are able to search for employees with relevant skills and quickly identify strong internal candidates for open positions. The company has found that employees who engage in the program are much more likely to get a new job at AT&T or to get a promotion.”

White says LinkedIn leans heavily on current employees to fill new roles, citing a 10 percent increase in employee role changes in the past five years. “Organizations are rediscovering how much more cost-effective internal hiring is, along with its impact on overall business results, as people stay longer and perform better when they have the option of a new role at the same company,” she says.

Twine CEO Joseph Quan says forward-thinking companies recognize there’s a lot of room to grow in actively pursuing internal candidates. “Rather than implementing a full internal mobility program where there’s perfect internal job market liquidity and internal candidates are rotated throughout the company,” he says, “they start with baby steps.”

Quan recommends mentorship programs, creating a database of internal skills and fostering stretch and cross-training projects, as well as job shadowing and one-day externship programs for current employees to shadow colleagues in other departments.

Cliff Milles, lead technical recruiter at Sungard AS, recommends a weekly email detailing open positions within the company, with a quick response to internal queries, no more than a day or two. “However, when sourcing internal candidates, there is a fine line between sourcing and poaching that needs to be addressed,” he says.

“By expanding talent objectives to include talent mobility, it can encourage leaders to be more active in giving and receiving new talent,” Smith says. “And it can encourage managers to actively connect their employees to other opportunities when they identify an attrition risk.”

The rise of HR AI

Artificial intelligence is an evolving beyond finding tech talent on job boards and social media, and reducing the time recruiters spend scanning resumes for the right skills.

Eric Sydell, executive vice president of innovation at Modern Hire, says AI offers improvements to statistical techniques of just a few years ago. “An example of this is leveraging AI to analyze open-ended responses in pre-hire assessments,” Sydell says, “which is a time-intensive, manual task made easier and more impactful with AI, as the technology analyzes and identifies the responses that are worth a closer look from a human hiring manager.”

Twine’s Quan says AI is the most impactful technology in hiring today. “From sourcing and discovery to role matching to assessment, AI will touch every aspect of the hiring process and permanently shift the landscape for both employers and candidates,” he says.

And while AI is increasingly used to winnow down job candidates to a more manageable pool, some wonder what negative effects might be seen, including introducing bias and making it more difficult for tech pros to distinguish themselves in the job hunt.

“The ability to intelligently source and screen candidates is a game changer, if used correctly. But that’s a big ‘if,’ with a lot of caveats,” says Ignacio Cantalupo, chief capacity officer at Globant. “Designing truly agnostic algorithms is very difficult and can end up reinforcing homogeneous hiring and reduce diversity in the talent pool. As a result, there has to be a conscious effort to design tools that account for diversity. If they’re not designed in this way, then the same biases that are often present in human recruiters may end up being worse if there is an automatic process without human audit and input.”

Amazon demonstrated this issue in late 2018 with an AI recruiting engine it scrapped due to a bias against women.

Transparency should be top of mind when using AI, argues Sydell, who says candidates have a right to know how the technology is used in the hiring process.

“It’s crucial that companies take a human-first, job-relevant approach to adopting AI in hiring,” Sydell says. “When AI is applied in a way that’s ethical, job-relevant, and with a human-first approach, the impact it has on the hiring process is very positive. It offers many benefits to hiring managers looking to recruit technology talent, including bias control, real-time candidate feedback, process consolidation and shortening and better job fit and satisfaction.”

What concerns Sydell is when companies use what he calls a “black box mentality” for evaluating candidates. “It’s vital to ensure that measured candidate characteristics are both job relevant and obvious in how they predict job fit,” he says. “To ensure transparency, it’s important to give candidates the chance to opt in or opt out of the interviewing process based on the information they receive about how AI is being used during the hiring process.”

Globant’s Cantalupo says a hiring process that’s too machine-based may put off candidates who are well versed in the technology. “Truly excellent recruitment processes must balance state-of-the-art experiences that are similar to what candidates experience in their personal lives, while incorporating enough human interaction to keep the candidate motivated and help them feel that the employer cares to get to know them,” he says.

While AI and one-click applications may streamline the hiring process, some wonder about the potential negative effects on job hunters who may struggle to understand how to differentiate themselves. For one, simplified online applications lead to more job hunters applying for the same position, making it harder for candidates to get noticed.

“IT hiring comes in many forms and one of the negatives is actually the ease by which applicants can push resumes to job postings,” says Liz Mann, EY Americas life sciences and health cybersecurity leader. “There are so many job aggregators and the volumes of applicants that are not qualified puts a drain on the process. The ability to blindly apply creates work for teams to have to sort through the submissions.”

But Mann sees opportunities as well for candidates and hiring managers.

“Candidates need the key words to be in their applications — it’s not hard to imagine what those words would be,” she says. “Also, while AI is utilized to pre-populate an application, the applicant will generally have a chance to tweak and to upload documents.”

Here, Mann says candidates will need to find ways to convey their creativity and passion.

Mobile-first and the personal touch

“Anything that seems like mass messaging is generally the least effective, regardless of how sophisticated the technology is,” Milles says. “I find text messaging via cell devices to be very effective, although not usually as the initial contact, as it is a little too personal for the first contact.”

Matt Mead, CTO of SPR, has a similar take on a mobile-first approach. “Text allows for more frequent and quick interactions,” he says. “Since many of the candidates we recruit are already employed full time, texting is much more convenient for them. We also make sure everything we do and any information we want to push out to a recruit works well on a mobile device and does not require a computer to access or consume.”

“Candidates are extremely discerning, expecting flexibility and use of modern technologies,” says Sumir Karayi, CEO of 1E. “We’ll often have high levels of digital engagement with top candidates before we see them in person. Pretty much every social technology is used but it all comes down to these technologies supporting human engagement rather than replacing it. We try and ensure candidates have a real appreciation of us as people so they can decide whether they would like to subscribe to our shared values.”

To attract and keep top tech talent, LinkedIn’s Global Talent report suggests focusing on four areas: people, place, product and process. “Companies are beginning to work for employees, not just the other way around,” the report says, adding that 77 percent of companies surveyed said they focus on employee experience to increase retention.

When you establish a culture where employees can thrive, finding and landing new talent becomes that much easier.