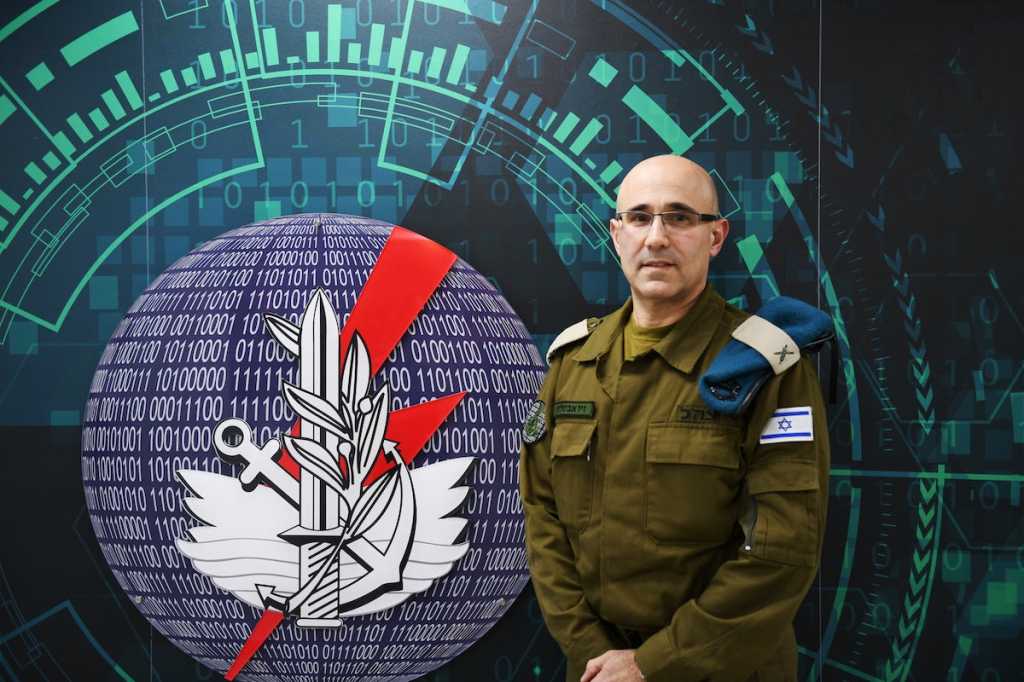 Israel’s success in spawning innovative technology is due in no small part to the talent cultivated in the country’s military. For decades, veterans of tech units of the Israeli Defence Forces (IDF) – especially its renown signal intelligence unit, “8200” – have gone on to found startups that have attracted billions of dollars of investment.

Despite that reputation, not all branches of the IDF have harnessed cutting edge software tools or technologies. In fact, the army has notoriously relied on faxes rather than email to communicate with prospective draftees.

In November, Brig. Gen. Ziv Avtalion was given command of the IDF’s Digital Transformation Administration, a unit established to apply big data, artificial intelligence (AI) and machine learning to improve battlefield performance and streamline the military’s administration. Avtalion answered CIO’s questions about what digital transformation means for a military known for its tech prowess.

Well, the main challenge in a digital transformation is changing the culture of an organisation and making all of the commanders “think digital.” Most of the generals don’t understand what it means to be digital, and they don’t comprehend the benefits they can obtain from going digital.

Our army is one of the most technological organisations – not just the military – in the world. But the world is progressing at such a quick pace, that it’s hard for the generals to keep up; and if they don’t know how to use all the richness we enable, then it’s insignificant because all of the new abilities won’t reach the battlefield.

Where is the army in the process of the digital transformation, and what challenges still lie ahead?

We’re at the beginning of the process. We understand that transforming an organisation of this magnitude will take several years, so now we’re mapping the abilities we currently have, the challenges of the future battlefield and initiating new projects to answer those challenges.

In addition to that mapping, we’re starting to meet with generals to hear from them about the challenges they’re facing, and whether we can bring them digital solutions “from the shelf.”

‏Can you say how does the IDF use artificial intelligence, big data and machine learning to become more effective, and to improve its processes?

Just imagine a scenario where you have hundreds of sensors, constantly scanning the battlefield. With each movement, the data is relayed to a processing centre which determines whether it belongs to an animal, an innocent bystander or a confirmed terrorist.

Just in that small example we can better utilise our border defence, by making it much more effective and freeing up the soldiers to do the more complex explorations, when the algorithms return ambiguous answers.

We’re also using big data and AI in our HR processes. We have data collected from the early days of the IDF; so, we can predict with a high success rate the chance of a soldier dropping out of the service on one hand, or his chance to become a general on the other hand. This, of course, helps us with the way we develop our soldiers, and the career choices and paths we have for them.

‏Can an organisation dependent on classified-level information security transition to the cloud, and take advantage of the computing power and services offered by the cloud? Or does the army have to develop these tools on its own cloud?

A lot of the data we have is low-level classified, and some of it is not classified at all. So, we want to take all of that data and business processes and transition them to the cloud.

The classified data will remain in an army cloud forever, although it doesn’t mean that we’ll have to develop it ourselves instead of using the vast abilities the civilian world has.

How do you use these tools – AI, machine learning, the cloud – to get an edge on your “competitors,” rival military and armed organisations.

We understand that data will be a key asset in future warfare, so if we will be able to utilise that data to our advantage, we’ll gain a head start on our enemies.

After we have built the apps which manufacture the data, we’re using AI and machine learning to get the most out of all data accumulated through the apps and the sensors we have deployed.

Once that much data is in your possession, the sky is the limit regarding what you can do with it. Just imagine a tactical IT unit connected to sensors and deployed in the battlefield; through the data it harvests, it can operate have a kinetic effect on the battlefield. We haven’t gotten there yet, but we understand the potential and we’re building the path that will get us there.

Digital transformations are very much about catering to users and customers, understanding who they are, how they use products and what they need. What do these challenges mean in terms of the army? Who are the IDF’s “end users”?

As I’ve mentioned earlier, our biggest challenge in digital transformation is the commanders. They need to understand how they can benefit from the digital assets that we have, and it’s a long road but with a large bounty at its end. Just imagine that you’d have the entire App Store at your fingertips, but you weren’t aware of its existence? Our commanders are trained in warfare, and it’s our job to bring the digital to them.

The younger guys get it quicker because they were born into the digital age. So, our main culture challenge is with the mid-level commanders because we have to “convert” them to the digital age, and help them utilise the apps and data that the technological units are developing.

‏Can you tell us about your military career and how you reached this point?

I started my military career almost 30 years ago in the armoured corps, where I was given my basic training. During my years of service, I experienced many professional shifts, including operations, logistics, management and technology. In my last post, as the commander of the Ground Forces Technology Division, we invested a lot of effort to create the best solutions for the operational brigades, using the benefits of technology in general and digital technology in particular. That combination of tactical and technological experience led me to my current duty.