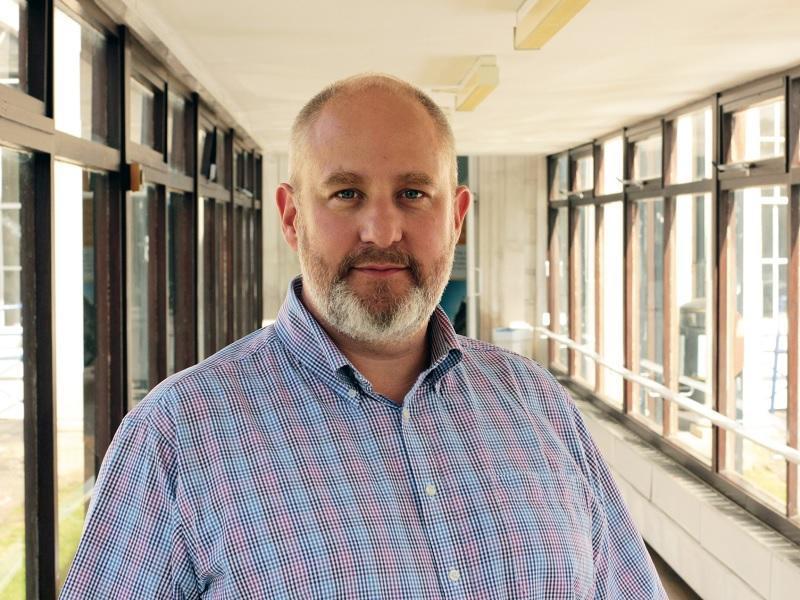 One of the biggest challenges faced by many working in the health care sector is the constant pressure to do more with the same, or in a lot of cases, less resources. For Toby Roberts, part-time Associate Director of Information and Technology at Royal Hospital for Neuro-disability (RHN), this is a problem he is all too familiar with.

Responsible for the IT at the specialist care hospital and research centre, Roberts’ main task when he joined the hospital five years ago was to find a more efficient way for IT to support the work carried out by the 700 dedicated staff members and hundreds of agency workers.

“We have just under 1,000 users of IT systems and up until last year, all our patient records were on paper,” he tells CIO UK. “There had been various attempts to get digitised, but that it got very expensive and very frightening, so it had never really taken off.”

Five years ago, Roberts says that the hospital’s digitisation strategy didn’t really exist, and a major part of his job involved putting a basic plan together which could then be developed further in the future. He says the hospital knew that its IT systems had long been neglected and underfunded so brought Roberts in as a “remedial fix”, hoping he would help clean up some standard business hygiene issues and put them back on the right track.

“We did some basic investment to get up and running some normal desktops, working email, printers, all that kind of normal stuff,” he says. “Then we embarked on a process of really understanding what data we have, normalising the data and getting it into a central Microsoft SQL data warehouse. That way we could see what information we have about our patients, what we have about our staff, what we have about the care and the contracts, the outcomes and risks.”

Once Roberts had succeeded with the basics, he decided to take a “deep dive with intensity” into an initiative that would see all patient records become electronic and the hospital go almost completely paperless in a matter of months.

He explains that before he arrived, there had already been a project underway to address this issue but it never really got off the ground.

“It had become too unwieldy a project to be able to move it forward with any sort of momentum,” he says. “It was being managed as a traditional ‘try and fix all things for all people’, where you’d try and find out what everybody’s assessment of their needs is and then deliver to that need.”

Roberts decided to take the project back a step and rather than approach it from a “fix all things for all people” point of view, he instead thought about what the end goal was and how that could be achieved in the simplest possible way. He wanted to avoid rolling out anything that would be too disruptive to the staff or patients whilst simultaneously improving the relationship between the medical staff at the IT department.

“It’s built up a culture of trust, whereby the IT team can be trusted to deliver what they say is going to be delivered,” he says. “And it’s that trust between the information team and the business which has been the basis of success because the business doesn’t panic about having everything specified to the nth degree because they have the confidence to know that the iteration process is going to fix it.”

In the end, the hospital having been totally reliant on paper up until this point actually turned out to make the process much easier than would be the case had the original initiative got underway. Roberts says they made the decision to go paperless in December and the project was rolled out by April.

“Because we were jumping straight from paper to best of breed digital, we were able to do it quite quickly without the legacy drag of having to migrate all our systems,” Roberts explains.

A number of electronic patient systems already exist and are used by NHS hospitals across the UK however, none of them could offer the independently run RHN their services within the limited budget it had. Instead, Roberts opted to use a system called PatientSource, a native web and mobile web solution that is only being used in “a couple of hospitals, elite departments and sexual health clinics”.

Medical staff were asked for their hardware device preference. Some opted for the iPad because that’s a product they already knew how to use, while others chose an Android tablet because it would fit more easily into their pocket. Devices were purchased, the PatientSource platform was deployed on the device and immediately the staff could do all their paperwork electronically.

“What was happening previously is if there were notes to write up about a patient in any of the electronic systems, they would be made by hand on notebooks and then the staff would have to go back to a workstation where there was a computer free and write them up after the event,” Roberts says.

“Whereas now, even if they would like to write up the detail of that experience later on, because maybe it requires several paragraphs, they can quickly make the notes there and then against the patient record. That immediacy and accuracy of the data being updated in real time, that’s been quite revolutionary.”

While this system has worked at the Royal Hospital for Neuro-disability, Roberts does note that it might not have the same benefits at the larger NHS trusts. He explains that while the hardware costs associated with a project like this wouldn’t necessarily be a problem, the incumbent systems already in place at most of the hospitals aren’t designed for web-native working.

He also says that big hospitals are always going to be reluctant to invest large amounts of money in unknown solutions because the potential risks that could result if that product is sub-par is not something the NHS can have over its head.

“In the old days of IT, nobody ever got fired for buying Cisco. It will do the job but it would be expensive and it wouldn’t be significantly better than its competition,” Roberts says. “And there would be, of course, other competitors out there in the market but nobody ever got fired for buying Cisco. I think there’s a bit of a situation in the NHS which is: ‘I’m not going to get fired for continuing to buy [EHR Vendors] CERNER or EMS’, even though it’s significantly more expensive than it needs to be.”

As contracts start to come up for renewal, Roberts hopes that those with the buying power at other hospitals will start to look elsewhere and see if they can make savings, he claims that PatientSource is 20 percent under the market price of these established solutions being used throughout the NHS.

“I think the big suppliers are all at the crossroads of what I describe as a Kodak moment and they’ve become very comfortable with their own dominance,” he says. “And people have, up till now, accepted this lack of interoperability between systems but I think people, patients, funders and taxpayers are going to demand better performance, better interoperability as people want to move their data around.”