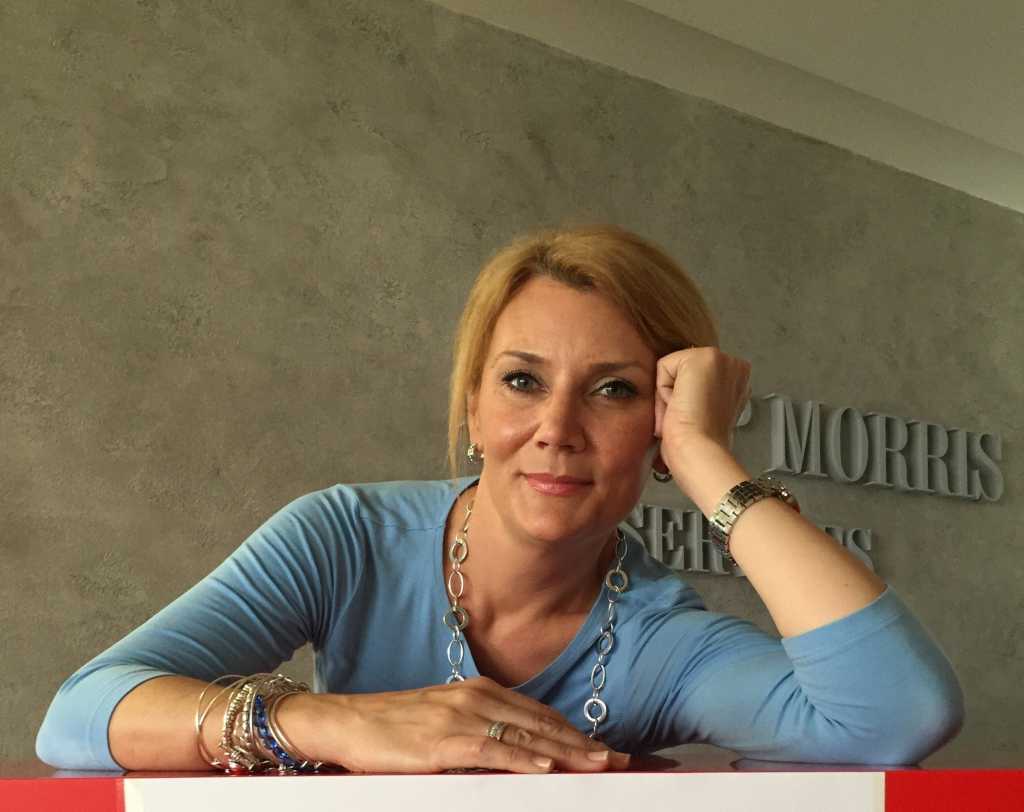 Stacey Kennedy is a small town farm girl from Mississippi, who since starting at the age of 22, has risen through the ranks at one of the biggest global companies.

At 32 years old, she was the youngest vice-president ever appointed, and since then has become the first-ever female president of Asia Pacific operations for Philip Morris International (PMI).

She now joins just a small handful of women who lead Fortune 100 companies across the world.

A self proclaimed ‘student of the world’, Kennedy, who’s now based in Hong Kong credits her successful career to a passion for learning and understanding different cultures.

She checked in with CIO Australia to discuss her rise to the top, how the company is on a mission to promote ‘alternative technologies,’ and what leadership skills are crucial in today’s fast-paced business environment.

CIO: Did you always envision this type of role for yourself?

I don’t think I had any particular aspirations way back when about what exactly that would look like, but I’m pretty pleased with the way it worked out. It’s been a fun ride.

CIO: What’s your vision for your role? Where do you want to take things?

SK: I have a very clear vision that’s obviously aligned with the PMI vision, which is all about designing and delivering a smoke-free future.

Everything that we’re doing and where I spend the vast amounts of my time is working with government and the scientific community, the medical community, and our own organisation, to transform and decide how to best bring alternatives to smokers, who would otherwise continue smoking.

We have an obligation to pave the right way to bring smokers alternatives that really meet their needs in a way that they can understand and that governments can support.

CIO: How is the push towards digital transforming the PMI business?

SK: We not only have to keep pace, but we need to lead in terms of how we lead our business. Today, we have many more possibilities using digital means to be able to communicate with adult smokers, to be able to make sure they’re aware there are new products that would be a better choice for them than continued smoking.

We also have to be able to leverage that in terms of having deeper engagement with each and every one of our consumers to understand how they’re thinking about our products, how they’re using our products, what improvements we can make, and how it’s meeting their lifestyle needs, and connecting the broader community with this.

CIO: What are you working on with the scientific community?

SK: We’re focused on a number of things. First, we’re making sure that the scientific community is aware of the robust science that we’re developing, and that we’re getting third-party validation of our science. We have independent reviews that are really critical for us.

The scientific community plays an enormous role in helping to make sure that as governments design regulation, they are advising them on the correct standards. Because not all reduced products are alike. Many different companies share the same vision, but standards are super important when you talk about products that people inhale and put in their bodies, and they have various health impacts.

So having standards of those products – that governments can believe in (that they can test and validate independently themselves) and have the backing of the scientific community (with scientific rigour) is really important – and technology plays a vast role in that too.

CIO: What are your top plans for the rest of the year?

SK: We’re preparing the final stages before commercialisation in a couple of our markets, to be able to commercialise our smoke-free alternative. That has been a tremendous journey so far and will hopefully come to fruition in the near future. We’re also working to prepare our organisation on the skills front. We’ve spent a lot of time working with employees in order to increase their skills and expertise in various areas that are important to that mission.

CIO: What kind of skills are necessary in your role as a leader?

SK: Obviously, there are technical skills, but I think the leadership skills – the software skills – that are really important in today’s environment is intellectual curiosity. We don’t know what we don’t know – and what we don’t know is what we need to learn. This is super critical in both fast-paced and super complex environments. Always staying curious and being able to engage in a productive dialogue with those from very different backgrounds and points of view is critical because that’s how we’re able to connect and shift the pace, not just incrementally, but from a quantum leap perspective.

Another leadership trait that’s very important is the ability to engage in dialogue, not just with those with whom you agree. The ability to engage in productive dialogue with people, even with people from very different points of view, with the expected outcome that you find greater points of agreement and that you further understand their perspective on, is important.

Disagreement is also really critical. Because that’s how we move the pace forward – otherwise you find divisions occur, and divisions are the enemy of movement. The more we can engage in those dialogues and be very outward facing – not just internally driven – is critically important.

The last one is to unleash the power of people. Ideas can come from anywhere, particularly when you have a lot of entrepreneurial spirit in markets like mine. It’s important to engage employees at all levels and inspire them and motivate them to share their ideas. That may change the way we engage with consumers in a different country, or help us make a quantum leap in a different area, rather than just incremental progress. It’s important to tap into the diverse talent pool.

CIO: How do you fare in this traditionally male dominated industry?

SK: Personally, I’m very passionate about the topic. It doesn’t mean that I don’t get frustrated sometimes too. I recently stomped my feet a little bit among my male colleagues. I said, ‘I’m going to stop being the woman that does all the women’s talks. I’m dragging each and every one of you guys on a rotating basis with me in future to take part in these talks.’ I think men should. I meant it. It wasn’t just lip service. I’m taking them to join me on every speaking engagement that I have around women’s topics.

It’s important I do it. Women want to hear from female leaders. I’ve benefited over the years from hearing how other women leaders, more senior to me at the time, dealt with various challenges. So I think women deserve that from other women. I want to give it.

CIO: What are some of the things PMI is doing on the diversity front?

SK: PMI is making enormous strides forward in terms of the gender balance at the more senior level of our company. We’re on track to hit 40 per cent women in management by 2022, and we’ve been making great progress with a lot of significant initiatives like our global equal salary certification.

We’re the first multinational in the world to achieve such certification globally. Those things are helping us position ourselves as an employer of choice, and we’re leading from the front in terms of the way we’re transforming from the inside out. And we have to put men squarely as part of this conversation, otherwise it doesn’t move.

CIO: How do you overcome some of the negative connotations associated with working in the tobacco industry?

SK: The most productive way to overcome it is engaging people in dialogue. I can’t tell you how many people are shocked when I do. They have an image of an executive of a tobacco company. I will leave to the imagination what most people conjure up. After engaging in dialogue, and understanding what it is that drives me – that drives us – to be a leader in this company and to strive for a smoke-free transformation, people say, ‘Wow, you’re not at all what I pictured an executive at a tobacco company to be.’

I think simply by engaging more people externally and letting people understand that the real motivation of why I work for Philip Morris International is because I have a huge compassion for the more than one billion men and women who smoke today. And unless the world does something, we’ll still be smoking by 2030, when we know that there are better alternatives that are far better choices for their health, those around them, for society. Why would we not commit to taking action on that?

I love driving business, and I love seeing business flourish and prosper and create employment for people. So I think when those that I’ve engaged in dialogue with see that there’s a really different side to what is the stereotype of a tobacco executive, it creates a much more human side and a much more well rounded and balanced perspective. Those are some of the things I personally use to get around those hurdles and obstacles.

That said, it doesn’t always work. But it never hurts to invite someone to a conversation.