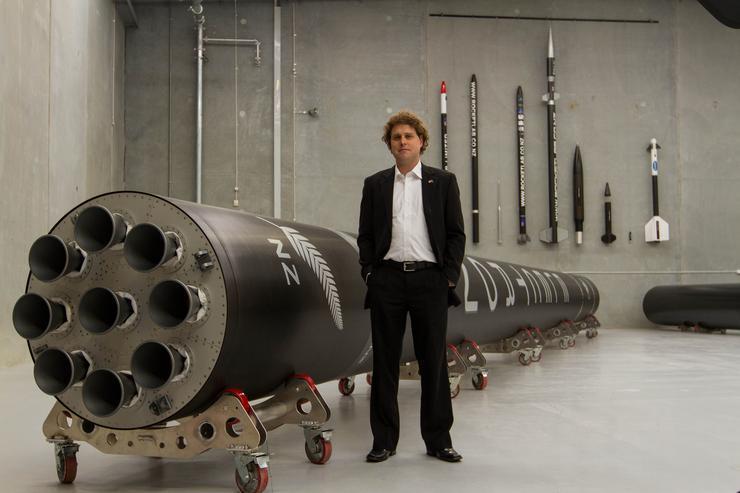 The University of Auckland has appointed space industry pioneer, Peter Beck, as an adjunct professor in aerospace engineering.

Beck is founder and CEO of Rocket Lab, the aerospace manufacturer and small satellite launch provider which was the first company in the southern hemisphere to reach space.

Nic Smith, Dean of the Faculty of Engineering, says the appointment recognises someone who has achieved “the status of a professor” in their field.

“He is a unique talent, has demonstrated a willingness to take a risk and what he has already achieved is both extraordinary and inspiring.”

Beck left school at 17 to take up an apprenticeship at Fisher Paykel, and didn’t go to university.

“Being appointed an adjunct professor is incredibly humbling but at the same time, I can appreciate the irony,” says Beck.

“Studying at university had been my intention from a young age, but I pursued an apprenticeship because I believed the skills I’d gain working hands-on with machinery would make me a better engineer.”

There is no better basis on which to build a career than being eager to always question, learn, and explore new ideas, he says.

“That’s what I think is so important about university study: teaching young bright minds how to question, how to explore, and how to innovate. I’m excited to think about what the next generation will uncover, whether that’s in space exploration or closer to home exploring their own passions and inspirations.”

Beck has had a long association with the engineering faculty, a relationship that has opened up a new world of space research for students.

“He wants to energise a generation of New Zealanders to seize the opportunity he has created,” says Smith. “Not just the chance to build rockets, but build and develop satellites for a range of purposes, everything from crop monitoring to earthquake detection.

“Between Rocket Lab and the university, we have the ability to create a space ecosystem. Which isn’t just unprecedented for a small country, but probably unique on a global scale.”