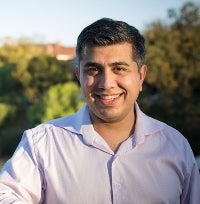 Carsales’ former CIO, Ajay Bhatia has been appointed in the newly created role of managing director, Australia at the online vehicle seller.

Under the role, Bhatia – who has spent the past three years as MD of the carsales’ consumer business – is responsible for the company’s Australian operations which include its consumer, dealer, media and OEM divisions. Bhatia has been with the organisation for 11 years, spending the bulk of that time as its chief information and product officer.

Simon Ryan, managing director, commercial at Carsales will leave the company this month as part of the management restructure.

Carsales has also created the chief product and information officer role, which will head up the group’s product, data and program functions. Carsales said this is a “transformative role” for the business and the company will conduct a global search to find the best talent for the position. Carsales’ CIO Jason Blackman remains in his position at the organisation and told CIO Australia he will apply for this new role.

Carsales said these organisational structure changes recognise the increasingly global mindset of the business. In recent years, the company has pushed into overseas markets such as Argentina, Colombia and Chile.

Cameron McIntyre, CEO and managing director at Carsales said as the company continues to build its domestic and international capability, it has become increasingly important to have strong alignment between product and technology.

“This new [local MD] role brings these core parts of the company together while recognising and elevating the fundamental role data plays in the company’s success and future growth.

“I’m delighted to see Ajay receive this opportunity to continue to step up and build on his outstanding capability,” McIntyre said.

“Ajay has been a significant part of the Carsales growth story and this new role is a natural evolution in his journey. I am very confident Ajay has the experience, dedicated and capability to oversee the ongoing development and growth for our Australian business,” he said.