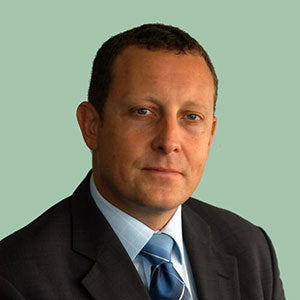 Moving the NSW Data Analytics Centre (DAC) from the Department of Finance to Treasury and then from Treasury to Customer Service are two of many projects and achievements that Simon Herbert, executive director of data insights and transformation with the DAC, has been at the forefront of.

Established in 2015, the NSW DAC is the first of its kind in Australia and is a centralised agency with the capacity to aggregate and analyse whole-of-government data. It is responsible for the collection, examination and modelling of data sets to generate insights, support decision-making, and inform propagation of data, predicting future activity.

Other data analytics centres followed including ACT, South Australia and Victoria and they all collaborate with Herbert leading the “tools and technology” stream.

Herbert, who joined in June 2017, leads a team of 20 people, who every day are faced with “impossible challenges”. He often tells his team to focus on an agile delivery, customer engagement and managing expectations.

“The DAC team has no problem tackling challenges never tacked before,” he tells CIO Australia.

Herbert also makes sure that the team delivers on every phase of every project.

Part of the DAC work includes introducing new technologies to government, which have posed challenges to Herbert and his team.

“We use AI and machine learning every day and have been working to develop frameworks for privacy preserving data sharing,” Herbert says.

So far, more than five disparate parts of government have converged into the DAC platform and settled on service-level agreements (SLA) with DAC and have access to “unprecedented tools,” data and analytical capabilities.

He was also part of the migration of the NSW Home Builder’s Compensation scheme to the DAC platform, helping support the NSW Premier’s priorities, closing a tax gap for Revenue NSW, and identifying building with risky aluminum cladding. These are some of the projects the NSW DAC has successfully completed.

For the move from the Department to Finance to Treasury and then to Customer Service, Herbert performed a machinery of government move (MoG).

He helped deliver the NSW budget website in 2018 and 2019 including data visualisation to make it easier for the citizens of NSW to understand the budget, and migrated the DAC’s analytical platform from a datacentre to the public cloud, which included a data lake, data mart, portal front end, orchestration tool and visualisation layer.

Herbert introduced many changes to the DAC including the agile methodology. That was first introduced to the data science team, which faced a challenge given the existing creative space the teams had at the time.

He was in charge of moving an “immature and yet outwardly successful” team developing point solutions, to become a team which consistently and reliably delivers value in a cultural, technical and sometimes emotional journey.

The DAC platform came through and is in his words “best of breed within NSW government”. He introduced a transparency to the work of the team and brought scale through the introduction of version 2, then version 3 and now version 4 of the DAC platform.

“The platform has stood up the scrutiny of many of our partners including NSW Health,” he explains. “As we have moved to platform version 4, the DAC has gained access to public cloud capability with ‘protected’ stated security as well as a full suite of modern data analytics tools.”

He has also helped build confidence with all of DAC’s major clients to move sensitive data to the cloud and brought 21st century performance to government.

Following the DAC move to Customer Service, Herbert was instrumental in the process of platform consolidation, building trust and confidence in the new platform capabilities and moving more and more parts of government into the DAC environment.

He has envisioned a multi-cloud future environment, which will be suitable to host commonwealth data. It will underpin the DAC’s move into creating and analysingcross jurisdictional data assets of national significance.

Herbert has brought a deep customer focus including the use of Net Promoter Scores and continuous improvement, a fundamental change to the way government does business with itself. The DAC claims to be one of the few parts of government with a positive Net Promoter Score.

“The biggest lesson I have learnt in my career is that people are the most important factor when trying to change/improve/transform an organisation,” Herbert says. “Technology is an enabler, but it’s the people who make the technology work.

“In my current role at the DAC, it was a small team who collectively made a decision that we would move our on-premise analytics platform to the commercial cloud to support our agile way of working. Everyone said it couldn’t be done in government.

“We agreed we would deliver an operational analytics platform in six months; we migrated our data lake, data mart and analytics tools to the commercial cloud with security audits and data reconciliation within six months. We even had to pivot on our architecture when some functionality didn’t work as planned,” he says.

“Therefore the biggest lesson is that if you can motivate a team, anything is possible.”