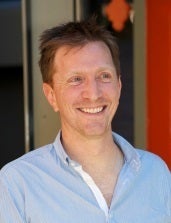 Mike Rogers, CTO and co-founder of SiteMinder, said his biggest lesson learned – reflecting on his move to build a startup business that’s now catapulted into a high growth operation – is the “value of momentum.”

“The technology landscape moves so fast, and of course, we as an industry are wiser for knowing that things like security, in an increasingly-digital world, shouldn’t ever be the responsibility of one person. They are everyone’s job,” Rogers tells CIO Australia.

“While the appetite for innovation has never been greater, so, too, risk and security are now more scrutinised than ever before.”

In saying that, Rogers admits to carry many of the burdens, but has ultimately relied on ‘momentum’ to drive the business forward.

“As the tech leader, you carry the weight of these issues perhaps more than any other individual in the business, including the CFO and CEO. Your business looks to you to drive the innovation and you know, if things don’t go as planned, that is ultimately on you.

“From this perspective, it can be very hard to take the first step, whether that be on a small initiative or a huge transformation process, but I have learned momentum is key. Even if you are moving in the wrong direction, that is better than not moving at all, as you can always correct your course and know you strove to bring something of value to the business.

“In a nutshell: you can’t change direction if you aren’t moving. Almost 13 years later, I have applied this lesson to every aspect of my role, from day-to-day decisions, to major investments such as a migration to a new world of microservices architecture, and I am more determined than ever to make sure we don’t ever stop moving.”

Certainly, over the past two years, Rogers has kept moving, leading SiteMinder’s move to a microservices architecture to fundamentally change how it built systems to drive scale and innovation.

“Where previously we operated a monolithic structure, we’ve begun to build out an ecosystem of microservices that are easier to replicate, reuse and rebuild into a stronger structure,” he says.

“It’s an epic journey that few embark on, but it has been necessary to increase our scale of operation, accelerate our pace of innovation, and avoid the high cost of change. Over the years, we’ve developed a comprehensive portfolio of products that were each considered best in class.

“However, aligned with our company’s vision, we’ve moved to developing a platform – a more robust foundation for our technology stack and 700 plus integrated partners. Today, we are one of the largest adopters of microservices, alongside Spotify and Netflix.”

Reflecting on the innovations, Rogers said the last two years have been pivotal for SiteMinder.

“2018 and 2019 have been watershed years for SiteMinder, having surpassed $100 million in ARR. While more than 80 per cent of that revenue now comes from overseas, the majority of our tech team remains based in Sydney, led by me. Having a local team driving innovation globally is a challenge for our always-on business, and it was crucial that the team was equipped with the right architecture to be effective.”

Essentially, he said the objectives for migrating to a microservices architecture were to: enable the rapid growth and scaling of SiteMinder, improve team efficiency and collaboration, and minimise the risk of human error. Foster innovation and accelerate SiteMinder’s speed-to-market.

“SiteMinder services 35,000 hotels in 160 countries and processes more than 87 million hotel reservations annually. Our partners total 700 plus, comprising what is widely regarded as the largest and most open ecosystem within the global travel technology industry.

“These figures are set to multiply in parallel with the phenomenal pace at which SiteMinder is growing. Knowing that SiteMinder had goals to more than triple its customers by 2022, I decided that a major technological overhaul was needed to accommodate this trajectory.”

Today, with a microservices architecture, he said the tech team can triple in size to 300 people in the coming years, alongside almost quadruple the input of the system.

“We can also build projects and ramp engineering capacity to both enable and accelerate business growth. The new architecture has given us control of our domains, so we’re significantly less error prone and more effective, as it’s easier to assign work outside of a team member’s main problem domain. Our technology can now be developed by team members from different domain centres, which is more collaborative, productive and efficient.”

Rogers said the other objective was to empower every engineer to be an expert in all things.

As an example, his team is responsible for developing new connections to the many property management systems (PMS) used by hoteliers.

“We call these connections a ‘PMS build’ and, through the adoption of microservices, we’ve brought the build down from nine months to six weeks – and enabled the process to be completed by any tech team, irrespective of their familiarity with the PMS space.”

Asked what’s unique about the innovations and what value they’re delivering to the company, Rogers said a microservices approach is unique for the space in which SiteMinder operates.

“On any given day, our business is solving problems that involve huge numbers of messaging and transactions, on live systems that hoteliers depend on. I knew a cookie cutter approach wouldn’t work for us, so I decided to fragment the core rather than take an ancillary system approach.”

Additionally, he said microservices is promoting a better architectural pattern for SiteMinder.

“We elected to shift to an asynchronous model, which allows us to scale horizontally. If we want to meet our business goals in the next three years, we can’t do that without horizontal scale.”

But the project hasn’t come without some challenges, he explained.

“A move to microservices shouldn’t be measured in the same way as any other IT project. The costs have been big, but the costs to have not moved would have been far greater, and certainly the greatest of those would have been the risk of becoming irrelevant.

“This project has demanded significant time from our most senior and skilled resources, including me. The magnitude of the project made this commitment necessary to take the organisation forward, as we haven’t only needed to migrate our systems, but our people too.

“It is never easy, as these senior resources are the same people involved in every other critical project and incident. I have worked with the business to create space for the team, as I recognise that context-switching will increase both the duration of the migration and risk of failure.”

Additionally, the migration has also required educating key stakeholder groups that production in the short-term will be slower, he said.

“I’ve overcome this challenge by illustrating the long-term benefits and, again, the greater cost of stagnation. Additionally, I’ve proven the advantages of introducing a common language that all of our 135 developers speak, as well as a unified experience that our customers can enjoy.”