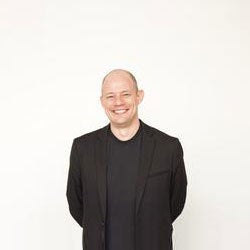 As Jaxsta CIO, Phil Morgan has been largely responsible for developing and overseeing the creation of the Jaxsta music data model.

“This model represents several key advances in the way music data can be represented online/digitally. Examples of these innovations include credit relationship grouping, which crucially simplifies the representation of [music] credits and their associated supply chain in a highly effective way, and otherwise logical segmentation of inherent objects in music industry data in a clean and precise manner (Jaxsta ‘Release’ Types),” Morgan told CIO Australia.

According to the company, Morgan was largely able to develop portions of this format through research and his in-depth knowledge of music and the music industry.

“Achieving an effective standard format of presenting music metadata online is no easy feat due to the closed and proprietary nature of the music industry, its information and standards. Rarely shared openly, this essentially meant that research of data was one of the major obstacles that had to be passed before the model could reach initial build,” the company said.

As the story goes, Morgan’s approach to the Jaxsta product and conceptual demonstrations to the industry throughout this period enabled key discussions, providing insights into the formats that its data partners use to distribute data, and crucially strengthening these key relationships.

Another key area in which Morgan’s problem solving ability and wealth of experience and knowledge of music has proved invaluable is his work in musical entity recognition.

“At Jaxsta, we maintain an extensive repository of data, covering metadata across the entire history of recorded music. In order to effectively categorise and disambiguate the vast number of data objects that we receive daily, Phil has pioneered a highly logical and effective set of data models which perform music entity recognition,” the company said.

“These models ultimately enable us to maintain rich and well-defined data objects, described over an array of data providers, formats and types; and moreover this critically enhances our offering, user experience and dramatically reduced development costs.”

Asked what’s unique about the innovations and what value they’re delivering to the organisation, Morgan said it’s important to note that several attempts have been made by music industry incumbents, or third parties, to rationalise and centralise the music industry’s vastly siloed data in the manner in which Jaxsta’s music data model facilitates.

“To date, no one has succeeded. Jaxsta’s approach is widely recognised as the first to propose a viable solution that incorporates all the main music industry stakeholders.”

According to the company, this is largely as a result of Morgan’s proprietary methods, models and most importantly, his ability to communicate these to community decision makers.

Morgan has also lead valuable innovations in the field of artificial intelligence.

“Through logical representation involved in our entity recognition and search algorithms, this has provided a simple and versatile interface for searching and browsing the data supplied by our data partners, which was crucial given that Jaxsta has more than 30 million pages of data,” the company said.

Leading from the front

Essentially, Morgan leads from a flat perspective, which really resonates with the core value of working as a team.

He splits his days between his office and the open plan surrounded by his team, working collaboratively with all of them for their input and perspective.

“Leading from the front, he has visibility across the whole team and effectively manages his 1:1 time to understand the unique styles of each member,” the company said.

As the technical leader of the company, Morgan is critical in communicating complex scenarios and solutions to his c-suite colleagues and the board.

His highly collaborative and inclusive approach has ensured that the executive leadership team have navigated the company’s technical challenges together, as a cohesive unit.

So how does he create a culture inside the organisation that inspires team?

Colleagues will tell you Morgan actively ensures diversity and exclusivity within his development team. He’s a mentor and an advocate for women in tech as evidenced by 50 per cent of Jaxta’s development team being female. Jaxsta is also actively involved in a Women’s Charity called ‘Share The Dignity’.

Morgan is an advocate, colleagues say, “always gently encouraging involvement from all team members – men and women alike”. He also encourages applications from our recruitment partners that are gender-diverse and is an avid follower of Girls in Tech Australia.

Additionally, Morgan’s ability to communicate with all team members on both a personal and professional level are key to the company’s morale and subsequent progress.

According to the crew, he acts as the first point of contact for technical questions and timelines, drawing from his very wide range of experiences, uniquely accompanied by a non-intimidating and patient manner.

“These skills help to make Phil an effective mentor – something that is indispensable to the Team as Jaxsta is a start-up where training resources are limited and focussed on core services and activities that will enable us to deliver our go-to-market platform.”