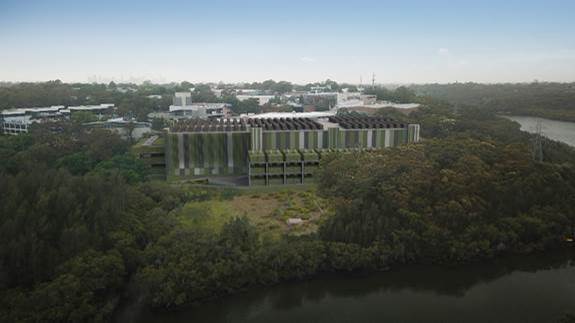 Data centre operator AirTrunk has announced plans for its third Australian data centre to be located in the north of Sydney.

Taking up four hectares of land, SYD2 is planned to open in the second half of 2020 and will deliver 110MW of capacity when ready with 24 data halls.

SYD2 will have a 132kV substation for more reliable power infrastructure and at “significantly lower electricity rate for customers”, the company said. It is also “well connected” to telecommunications infrastructure.

According to a report by the Australian Financial Review, the investment is of more than $1 billion.

AirTrunk has also acquired land adjacent to its two existing data centres: SYD1 in Sydney and MEL1 in Melbourne.

At the time of the launch of SYD1 in 2017, AirTrunk said the data centre would eventually support an IT load in excess of 80MW.

MEL1, which is located in Derrimut, 18km west of Melbourne’s Central Business District,had as its initial capacity 5MW IT load, with plans to get to 50MW.

The company said that the new land will be used to expand the total capacity of each data canter to 130MW, bringing its total Australian capacity to more than 370 MW across the three data centres. Currently AirTrunk’s website states that the data centres have 130MW capacity.

As previously reported by Computerworld, AirTrunk secured $850 million in financing to undertake a “major expansion” of its Sydney and Melbourne data centres in August 2018.

“AirTrunk’s new data centre in Sydney’s north and the expansion of our existing flagship facilities in Australia are the result of continued and strong customer demand for our proven hyperscale data centre solutions,” AirTrunk founder and CEO Robin Khuda said. “We are uniquely positioned to offer the speed, scale, reliability and cost efficiency that our customers need from their data centres now and into the future.”

“AirTrunk’s latest investment into its Australian data centres will bring significant benefits to the local economy and create hundreds of jobs during construction and throughout ongoing operations.”

Prior to founding AirTrunk, Khuda was a member of NextDC’s board of directors first as the deputy chief executive officer for three years and lastly as an executive director until June 2013.