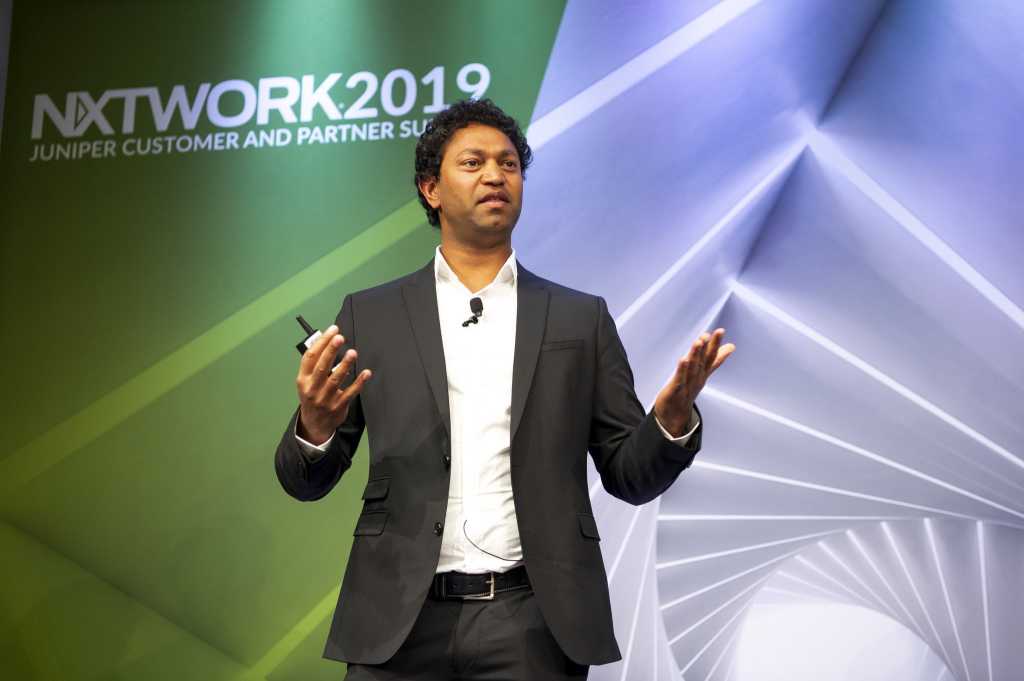 NYT bestselling Australian-Indian author, Saroo Brierley, found his way back home to India – twenty five years after becoming accidentally separated from his biological mother at age five – thanks to the power of technology and his dogged determination.

“I went on this journey of trying to find a needle in a haystack,” he said. “I waited until I was 25 and all of a sudden Google Earth came about. I’ve got a photographic memory of my hometown, of the train station, I know the architecture, the landmarks. What was in my memory, I could then put that side by side with what was on Google Earth.”

Brierley, the author of ‘A Long Way Home,’ which was the basis for the major motion picture, Lion, featuring Nicole Kidman, told his story of persistence and ingenuity at the recent Juniper Nxtwork 2019 event in Sydney.

At age five, Brierley found himself alone at a train station, with his brother missing. That event, kick started a horrid journey that saw Brierley riding ‘ghost trains’ to nowhere, eventually becoming lost on the streets of Calcutta for weeks – where he almost drowned twice – before reaching the mercy of an adoption agency.

As the story goes, he was adopted by an Australian couple, John and Sue Brierley, who took him in, brought him up in Tasmania, and who ultimately supported him on his journey to find his biological mother half-a-world away.

Brierley reminisced to attendees about the tragic events that altered his life.

“Twenty-nine years ago I was living in a slum suburb, somewhere in India. And I was only about five years of age and stood just over a metre in height. And the only possessions I had were the t-shirt and shorts I had on, which hadn’t been washed for months and months. I was quite soiled. I hadn’t washed my hair. It was oily. Coming from the slums, we didn’t have access to water.”

His family consisted of his sister, two older brothers and his Mum. “My father left us just after my sister was born. It left our family in deprivation and destitute and we went through adversity. That meant my Mum had to go out into the outskirts of my hometown, working as a labourer, hauling cement and bricks.

“She assigned me to look after my baby sister, while my brothers went out to train stations, selling toothpaste, stealing eggs from hen farms, stealing coal from trains that would go past our town.

“My Mum didn’t come back much, maybe once or twice a week. It made it extremely difficult, but she worked two or three hours out of my hometown.”

On the fateful day Brierley got lost, he had decided to follow his brother to the train station and left the family dwelling.

“We boarded the train. It was an hour-and-a-half and I was feeling extremely tired and groggy. We were in this cubicle, this carriage of a train. There was just the sound of the train going past on the railway.

“The train came to a halt. My brother grabbed my hand and we stood up. We disembarked off the carriage of the train onto the platform. We walked off and I could see in front of me a park bench and my eyes were glued to it. We went towards it and sat down and almost went to sleep. The last words that I heard from my brother were ‘Stay here for a second. I’ll be back’’’.

When he woke up, his brother was nowhere to be seen and that started his nightmare. After riding another train, he ended up in Calcutta.

“Something happened that I can’t explain. But I ended up not knowing how far I had travelled, absolutely oblivious to it, only to end up in Calcutta. I disembarked off the train and I was submerged with thousands of people.

“I was pushed to the left, to the right, to the side. I was so short. Finally, I came to a point where I could see some clearance. And I could figure out, where am I? What is this place? Why is the language different? How come nothing feels familiar?

“I couldn’t communicate well,” he said, explaining he only knew a few words of Hindi, which was different to the language of Calcutta.

“I was extremely frightened. I was calling my sister’s name. My brother’s name. My mother’s name and just waiting for salvation and someone to help me. Tears were welling up in my eyes. How did I get here? Everything seemed so hazy and murky. I realised I was lost and I fell on my knees.”

Brierley entered into a state of despair and solitude. “The amazing thing about human beings is when we fall on our knees, we let our sorrows out, and we gain energy and we pick ourselves back up.”

Life on the streets

After desperately trying to find his way back home, riding random trains that always brought him back to Calcutta – escaping from unscrupulous men in Calcutta who had ulterior motives – he lived on the streets of Calcutta, constructing makeshift boxes for housing.

“Calcutta was not a safe place. You couldn’t be complacent. There was always danger around the corner. And when danger does come, and confronts you, that’s when you make a choice, a decision to run.

“And so I was quite alert. I was extremely sensitive with my ears – even when I was asleep.”

Eventually, Brierley came to ISSA, the Indian Society for Sponsorship and Adoption, after being first delivered to the police where he was locked up for two days at the metro police station and then being sent to a youth juvenile prison.

“You are amongst thousands of kids, from juvenile delinquents who have lost their legs, to mentally unstable kids, to kids that had committed all sorts of things – and I was in the mix. The government decided that every kid that enters the juvenile prison has the chance to be advertised in Calcutta to see if anyone would claim then.”

Sadly, no one claimed him. “No one came to my salvation. No one claimed me.” At that point, with a sound mind and body, the government took him to ISSA.

“I was very fortunate. A lot of kids that go into the prison, don’t get out.”

As fate would have it, Brierley was given a choice whether to stay at ISSA and continue the search for his family or be adopted by an Australian family based in Hobart, Tasmania.

“I remember thinking, I’ve looked for my family myself, but I never succeeded, so I can’t see how you [ISSA] would succeed. And this is the brain of a five-year-old thinking this.

“I said, ‘I’d like to go to Australia and be with this family because there’s no hope here. I grabbed the bull by the horn. And said, ‘Let’s take this opportunity.’ Because again I’m giving humanity another chance.”

Brierley said he wasn’t frightened about making the journey to Australia and had been well informed about his adoptive parents, with pictures provided of the new family, the family car, the layout of the house and pictures of toys.

“I was really happy about it. I knew what was going on. I wasn’t frightened and it was my choice.”

His credits his adoptive parents with saving him. “The odds of coming out of India were so rare. It was almost like the celestial beings in the universe had all aligned in order to get me out of there, and I feel extremely lucky about that.”

For years and years, Brierley conducted searches using the satellite images on Google Earth, and he became quite methodical.

“I started searching and thinking, ‘Let’s be a bit more methodical about things.Do you think you’re from the North? Are you from the South? What kind of clothes were the people wearing in your hometown? What was the food? the cultural events? the animals? Was there a monsoon? Was it cold during the night and hot during the day? Was there mountains, hills, what about the trees, the pulses? Was there more meat than fish?”

Little telltale signs such as these, along with the power of mapping – and his ability to track how long he was on that initial train, and determine how fast the trains were travelling 20 years ago – helped Brierley find his way home.

“I was trying to populate information and find what was and wasn’t valuable. And that certainly was the game changer for me.”

He was able to track a small railway station that closely matched his childhood recollection of where he had become trapped in an empty carriage; the name of this station was Burhanpur, very close to a phonetic spelling of the name he remembered from his childhood ordeal.

Finally, after countless searches of satellite images, in 2012, Brierley found his way home – to the town of Khandwa – and was reunited with his Indian mother, sister and surviving brother.

His story is one of “hope, determination, and sheer grit,” he said.

“It’s the power to soldier on. Make a choice.Take a chance and make a difference,” he said, explaining the drive to survive and to ultimately find his way back home.