Every year CIOs think about key technology and business strategies that will drive their businesses. CIO Australia spoke to five Australian IT leaders about the core areas they will be focusing on this year. 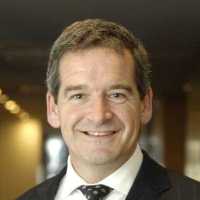 The need to keep moving the business forward through technology has been projected by analyst firms to be a top priority for CIOs this year. IDC said CIOs need to get the ball rolling when it comes to acting on their plans for innovation, while Gartner said more CIOs need to step up into a leadership role if they are going to drive business transformation.

For Michael Harte, CIO of the Commonwealth Bank of Australia, innovation will continue to be one of his top business priorities this year. Some of the Commonwealth Bank’s biggest innovations to date have been based on its real-time banking platform such as its Kaching app on iPhone and Android, NetBank for mobiles and tablets, the MyWealth online portal, the Pi payments platform for businesses, and Kaching on Facebook, which will go live early this year.

But real innovation for Harte is not around the technology. Rather innovation is brought about by the creation of a culture where teams regularly collaborate and ideas are constantly being circulated, he said.

“At the heart of all of these innovations is not the product itself, nor the technology behind it. It’s not just about providing the tools, it is about encouraging a culture.

“Last year we held a week-long innovation festival internally in the bank, with seminars and interactive workshops to help our people better understand our customers’ needs so we can deliver to them new products and services.”

Harte said it’s also about including customers and the community in the innovation process to help build ideas.

“Last year we also held our Unleashing Innovation initiative open to CommBank staff and selected university students for their ideas on how the latest technology and services can better help our customers.” 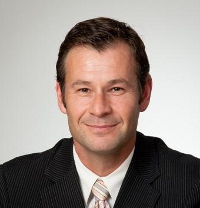 Looking for opportunities to grow the business is going to be at the top of CIOs’ minds this year, according to various analyst firms. Telsyte said CIOs will focus on skills development as part of their big data and business intelligence strategies, while Gartner said big data will drive US$34 billion of global IT spending in 2013.

Peter Alexander, CIO of the Department of Treasury, is focusing his attention on expanding Treasury’s ‘Odysseus’ big data project from collecting data sets from sources such as the Australian Bureau of Statistics (ABS) and the Reserve Bank to collecting more unstructured data sets from social media.

“There’s a thought that a lot of that is really about marketing and all these brands are doing sentiment analysis to understand whether people like them or not or whether they should change their marketing or whatever it might be,” he said.

“But I think there’s a value in that type of information [for Treasury] as well. It is more [useful] in terms of if [people] were talking about the cost of living in Australia or house prices or other economic indicators then social media would be an interesting thing to look at to see whether there is value and if we could see any indicators in that for economic modelling.”

Treasury is currently working with the CSIRO, along with the Department of Human Services and other government agencies and companies, to pilot a social media monitoring tool called ‘Vizie’. Alexander hopes this will help gain further insights into how Treasury can mine and use social media to create useful information.

Over the next couple of years, Alexander said he will start looking at how Treasury could use sensor data and see if it can provide useful information that relates to economic situations.

“For example, is there a correlation between the data coming out of traffic lights or traffic information at particular economic events that may be useful in informing us? The power companies have a whole lot of data about usage. Could that give us some indications to economic circumstances?” 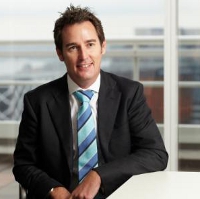 Cloud may have been all talk in 2012 but this year CIOs are making it a reality in their organisations, various analyst firms have said. Forrester said CIOs will stop talking about everything moving into to the cloud and “get real” about what fits into cloud services. Ovum said cloud models, services and applications are becoming more enterprise grade.

Andrew Henderson, CIO of ING Direct, is underway with a major data centre transformation project following the company’s deployment of its private cloud or “Bank in a Box” that took place late 2012 to the start of 2013.

Henderson says it supports self-service provisioning of virtualised replicas of channels, middleware, core banking, customer and bank data, application support, training and innovation lab practices. The company has since utilised more than 900 replicas of the bank across its private cloud.

“Prior to ‘Bank in a Box’, we could take three months with 10 engineers and numerous infrastructure elements to create a replica of the bank to support a major project,” he said. “Now it takes 10 minutes, and the teams can have as many as they like. Our recent launch of Living Super used over 60 replicas alone to deliver the new business faster and had a high impact on quality.”

The CIO aims to complete the transformation project this year so that he can “then focus quickly where it truly matters – on the systems of engagement with our customers and staff, and being able to leverage the insights from the valuable data we collect each day”. 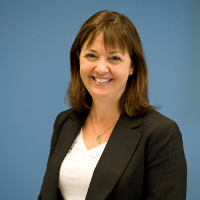 Project management has been a big part of the CIO role for quite a long time but it is now moving away from just managing an IT project to effectively engaging stakeholders and the business to ensure value is delivered.

Christine Burns, CIO of the University of Technology, Sydney, manages several projects as part of the university’s $1 billion campus upgrade and manages many different project stakeholders across the university facilities.

“I have a monthly whole of team meeting and I’ve been getting people in from other parts of the university to present about their strategy or what’s happening in their particular part of the university at the moment,” Burns said.

“It means my own team becomes much better informed about what the priorities might be for different parts of the university. That’s helpful on many different levels. Right down to help desk it helps call operators understand if a particular query will be important or not and then flowing through to the teams working on projects understanding how the particular project fits in to what another part of the university is trying to do,” she said.

Being a business analyst and not just a project manager is also part of Burns’ strategy to build stakeholder confidence and engagement in the project. She said often it can be easy for project managers to get ‘bogged down’ in delivering the project on time, to budget and to scope, leaving stakeholders to wonder how the project will meet business outcomes, deliver value and improve their operations.

“I’m looking at how I can make some business analyst source available earlier on in the process to really get to the ‘nub’ of what people want to do and how technology could help.

“You can never underestimate the value of having regular conversations with people… [It’s about] checking the stakeholders understand what’s going on and checking whether they have any questions or concerns because often when people get busy they just don’t have time to act on the little thoughts about what’s happening.”

Different stakeholder groups need to know how the project will fit comfortably into their day-to-day activities; how it will fit into their business-as-usual demands and priorities. Burns pointed out that having a clear communication plan for each stakeholder group is essential as it can be tempting to only focus on the project from an IT perspective rather than a business-wide perspective.

“You need to understand for busy people what their level of interest is, what information they need to know and then work out what is the best way of getting them that information,” she said. 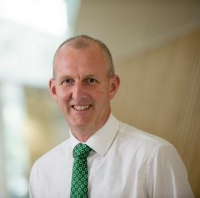 It’s out with the old and in with the new this year as CIOs look to transform their business applications, systems and infrastructure. IDG Enterprise CEO Michael Friedenberg asked CIOs “What legacy systems will you retire this year?” in his top CIO strategies for 2013, quoting Leonardo da Vinci, “Simplicity is the ultimate sophistication.”

Dr Peter Lawrence, CIO of the Department of Defence, recently spoke to CIO Australia on the Defence’s software refresh, which includes $1.9 billion in ICT-related savings between 2010 and 2020 by simplifying its core applications and introducing shared service agreements.

Defence will retire around 3000 complex legacy applications and replace them with Oracle’s database and middleware products under a four-year, $63 million contract with the software giant. Oracle will upgrade Defence’s existing Oracle PeopleSoft application to provide human resources and payroll services to more than 100,000 full-time and reservist personnel.

“The project we are on at the moment is all about bringing a number of [PeopleSoft HR] systems onto one off-the-shelf version of PeopleSoft with minimal, if any customisation,” Dr Lawrence said in an interview with lt;igt;CIO Australialt;/igt;.

“That will allow us to consolidate the number of Oracle databases we have around the place in the PeopleSoft space, let alone other opportunities that come along after that.”