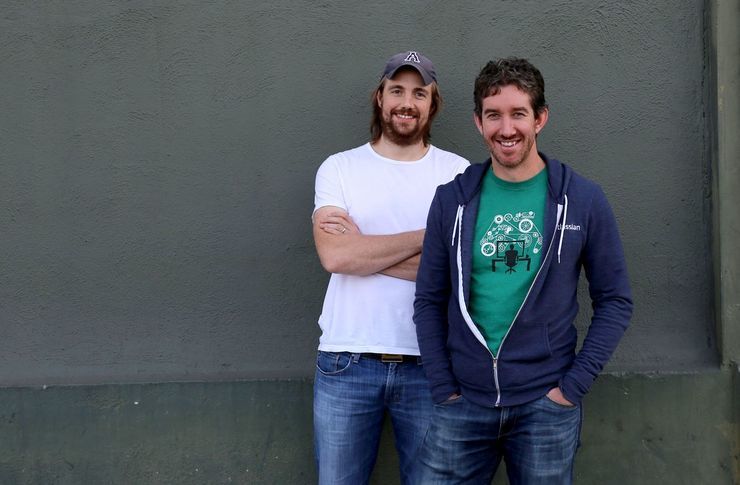 Speaking this morning at a Senate Select Committee on the Future of Work and Workers, Cannon-Brookes said the scrapping of the457 temporary visa class had “damaged Australia’s reputation in the largest industry in the world”.

“We’ve said to the global tech industry, we are fundamentally closed for business. The government’s decision about the 457 visa and the uncertainty that came around that announcement hurt us directly as a company,” he said.

“The restrictions are suffocating our ability to become a leading innovation nation and fundamentally threatening Atlassian’s ability to remain headquartered here, as much as the founders would love that to be the case,” he added.

The 457 visas are due to be abolished this month, to be replaced with the Temporary Skill Shortage (TSS) visa class. Depending on the occupation, TSS visas will be granted for either two or four years.

The new lists don’t “make a lot of sense” Cannon-Brookes said: “On the long-term list is horse trainer; ICT manager is not on the long term list. Do we really need more horse trainers?”

The replacement TSS visas are considerably more expensive than the 457s – around double the cost in some cases.

“Part of the rhetoric being levelled against us is that we’re trying to save money and import cheap labour. It’s ridiculous if you ask me,” Cannon-Brookes said, noting the lengthy recruitment efforts to hire US workers, plus additional costs like hazard pay and inflated salaries given the high cost of living in Sydney.

The cost influences where the company decides to base projects, meaning Australia can lose out, he added.

The TSS visas also come with additional restrictions, such as the fact workers must be aged under 45.

“If you think of what we’re trying to bring in is people in the prime of their career with the experience to help our local graduates. [Ages] 45,50, 55 was a great period for us to bring in people with a 20 year career in technology. They’re exactly the type of person to sit next to young Australians who can extract all of their history,” Cannon-Brookes said.

Some benefits of the 457 visas have also been taken away such as eligibility for permanent residency. The Atlassian boss said this made it even harder to attract and retain skilled talent.

Atlassian employs around 2500 staff worldwide and around 1000 in Australia. The company’s employee count is growing by an average 30 per cent each year.

The Sydney-based company behind work collaboration tools like Trello, Jira and HipChat has seen its share price jump by a third this year. This week Cannon-Brookes and co-founder Scott Farquhar became 496th and 497th richest people on the planet according to the Bloomberg Billionaires lndex.

“Our success depends on our ability to attract the world’s best tech talent. We need to change the way we think about skilled migration,” Cannon-Brookes said. “The government should be helping companies attract world class employees. Not closing the door in their faces.”

My problems, will be yours too

Cannon-Brookes added that although technology companies were suffering now, soon all sectors and industries would be negatively affected.

“Every company is becoming or already is a software company, which means that more and more of these jobs are becoming technology jobs. Which means the problems I have are going to be every industries problems in the future,” he said.

“Technology is the single greatest competitive advantage in business today. Unlike existing industries though – the future does not have a lobbyist.”

Cannon-Brookes’ sentiment has been echoed by other tech giants such as Google, whose submissionto the government’spublic consultation on the development of a digital economy strategy was made public in January.

“Business-critical skills have been excluded from the longer term visa categories that are necessary to attract workers with the knowledge and experience required to train younger Australian employees,” Google argued in its submission.

As well as failing to recognise the value of proprietary knowledge, the revised visa scheme “does not provide long-term certainty necessary to attract people from overseas with the skills necessary to grow and train a globally competitive Australian workforce”.

“The jobs of the future in Australia are under threat unless continued access to highly-skilled workers can be maintained,” Google wrote.