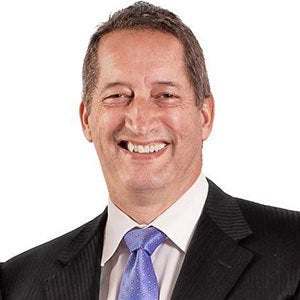 The Royal Automobile Club of Queensland (RACQ) has significantly transformed over the past seven years, moving from being a 100-year roadside assistance organisation to a financial services operation encompassing three major pillars. The RACQ insurance company is Australia’s sixth largest, the RACQ Bank is the second fastest growing bank here, both are additions to its traditional motoring division.

Technology has been a key driver of the transformation and the company’s chief information officer, Greg Booker, is at the forefront of a success story that has been membership grow by 60 per cent, and revenue by 700 per cent.

In the last two years, RACQ has emerged as a leading player in the automation and artificial intelligence (AI) field, and has established a real-time operational and analytical enterprise data hub updated with 100 million rows each day. The company has also ‘cracked the holy grail’ of a single consolidated view across its 3.5 million members, utilising a SaaS model, while establishing a successful internal and external innovation capability through its Basecamp hub.

At the same time, Booker and his team have reduced technology costs by 14 per cent, technology incidents and outages are at an all time low, staff engagement is at record highs, and risk and governance is well managed.

“By the end of the 2020 financial year, every single legacy platform across the bank, insurance and assistance business will have been replaced or updated,” says Booker.

“The organisation’s technology platforms have been 100 per cent refreshed since launch in 2017 with new core, digital, teller, lending and contact centre platforms implemented. Currently, 75 per cent of RACQ’s critical platforms operate in ‘green IT’ mode with vendor releases taken on a six-monthly basis.

“This approach has allowed technology to reshape itself and adopt a business model aligned to providing the organisation with agile ‘speed to market’ capabilities rather than being mired in long-term, back end system replacements.”

The creation of Basecamp in 2018 was a first for RACQ. The model has four key functions: to partner with companies aligned to RACQ’s strategy and philosophy; to support ‘business moonshots, ideas that are true strategic innovation and drive material change; build an internal culture of innovation and an environment that fosters staff ideas while removing the middle management ‘clay’ that stifles those ideas. The final function is to leverage innovation and emerging technology such as robotic process automation and artificial intelligence to fix existing problems and provide immediate ROI, while improving the staff and member experience.

A key culture initiative has been the establishment of an idea generation and management platform, Campfire. This allows staff to submit and invest in ideas for new products, services and business improvements. Since implementation last year, Campfire adoption has grown to 2064 members, 268 ideas and $98,627 in investments.

In conjunction with the platform, Booker and his team have also introduced education programs to increase innovation skills and introduce new tools and techniques to the business. Process automation is now widespread with 28 production ‘bots’, which provide more than 16,000 hours of productivity benefit. RACQ’s Blackbooks acquisition is providing ready access to AI skills and is growing to be the number one distributor of ‘UIPath’ software in Australia.

Large scale change to RACQ’s Roadside business model has been a bridge too far in the past, Booker says.

“But with the adoption of new technologies, currently 10 per cent of all assistance calls are automated and this will increase to 30 per cent in 2020,” he says.

Booker recognised early that RACQ, which its roots based in automotive assistance, was in imminent danger of disruption and that technology would be a key part of the organisation’s transformation. The model that was in place when he arrived in 2013 would not support the business outcomes.

Over a challenging few years, the initial change resistance and technology fear has been overcome and the innovation model has been a cornerstone in enabling RACQ to undertake the group-wide transformation.

“A strong outcome for the RACQ technology and innovation team has been the increase in staff engagement, the current score being 72 per cent, which is five per cent higher than the group average and significantly higher than the 36 per cent score at the commencement of the transformation,” he says.

There are multiple aspects of this transformation that can be considered unique, says Booker. He says RACQ is the only motoring club in the world to own its own bank, and the shift to the roadside pillar to an assistance business is unique to Australian clubs.

“This has delivered a significant productivity benefit and reduced the need for future hires but no staff member has departed as a result of their role being automated. This last point has been important in allaying robot/AI fears and has led to a demand for more automation.”

Staying calm during a crisis

Booker advises tech chiefs to be the ‘quiet voice in the room’.

“A measured and calming response at times of crisis encourages the best from your teams and allows people to do the roles they are the experts at. As CIO, a key part of my job is to buffer my team at times of crisis and uncertainty – to operate in a supportive, questioning and encouraging manner for the team but also to protect them from the external noise often coming from business areas impacted by a crisis,” he says.

For this model to be successful takes time and requires a culture of trust to be built within the technology teams.

“On two occasions, I have succeeded long-term CIOs who have also effectively been chief architects – their word was law and opportunities to deviate from their position was very limited. I learnt this on one occasion, when, as new to the organisation as CIO, I was participating in a discussion on how to remedy a problem.

“To me, this was simply an open discussion and I raised an option different to the approach being taken. To my surprise – and chagrin – when I stepped out, the team immediately adopted my suggestion as ‘law’ and spent three hours changing the approach. This was off the back of my predecessor being the fount of knowledge and dictating the direction, something I never intended,” he says.

Booker adds that on subsequent occasions, he sat back, listened and encouraged and said to his team, ‘well you guys have this and know what you are doing, let me know if I can help’, just prior to leaving the room.

“Over time, the team relaxed, the culture permeated and the result has been a team that resolves issues with a ‘make haste slowly’ approach and has strong degrees of trust in themselves, their counterparts, line of business staff, and me,” he says.