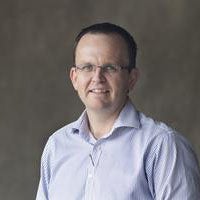 “Business is all about people and while I fondly recall the shift from being responsible for myself to leading others, I squirm a little at my steely focus on outcomes. I learnt the hard way that this was not a recipe for success,” says Airservices Australia’s service strategy manager, Michael Snell.

“As a team leader, I found comfort in ‘pacesetting’ leadership style and quickly drifted into working extreme hours to satisfy my perfectionistic desires and left my team and the enterprise. Helping teams be successful requires a range of leadership skills – understanding your people and building effective relationships is central to this,” he says.

Snell says a measure of his success over the past three years is evident in the team that he has had the opportunity to lead. Their engagement scores have shifted from the bottom quartile to the top quartile, he says.

Over the past two years, Snell has led a technology strategy team and secured more than $300 million over 10 years to introduce innovations across Airservices Australia that will help the organisation deal with a rapid changing aviation industry.

Snell and his team have set in motion an ambitious modernisation program to streamline the company’s technology environment. A key innovation created by the tech team is the Airservices Performance Optimiser (APO), which incorporates cutting-edge simulation and prediction tools and with advanced data modelling, it can create more than one million alternate realities per second for thousands of flights in its air traffic control network.

“Every data costs travellers, airlines and our environment. Before APO, scheduling and network decisions were in the hands of humans,” says Snell.

“Over the past six months, we have built working prototypes that predict air travel by allowing stakeholders to see very possible future. Simulation and digital technology brings data to life by helping our customers visualise these possibilities and collaborate across the country on decision making,” he says.

APO promises to reduce the impact of last minute delays and cancellations and save the organisation hundreds of millions of dollars over the next 20 years.

“For passengers, this means better experiences and for our environment, a reduction in CO2 emissions by air traffic. We will also be able to engage virtually with our customers to scenario plan for disruption events – for example, poor weather impacting one or more airports. We can then determine the best overall plan for the air traffic network, allowing airlines to better manage their operations and ultimately reduce the impact on the travelling public,” he says.

Although Snell and his team faced several integration, data quality and visualisation challenges, the most significant hurdles to overcome were cultural.

Snell reshaped the program business case, requesting less than $5 million to limit the investment risk and allow his team time to explore hypotheses and demonstrate value.

“I set an ambitious schedule for selecting our partner to challenge our internal procurement processes. I became part of the evaluation team so that we were able to immediately resolve emerging issues. The partner started work as planned but this was under half of the normal scheduled time allowed for this size investment. The impact is that this has become the new standard across the organisation,” he says.

Snell encouraged his portfolio team to reshape the delivery governance and processes to ensure the program was successful using agile methods – something that the team had not attempted on this scale before.

“I spent time planning the cultural implications of the program, particularly the arrival of the strategic partner team and the impact on existing teams. A key area of resistance identified was our incumbent data science team and I worked closely with the team’s manager to plan and prepare for the integration to smooth out induction. This was extremely successful.

“I also actively promoted fortnightly showcases to demonstrate incremental value to the wider business. Within 16 weeks, the showcases had more than 150 people from across the enterprise attending via Webex.”