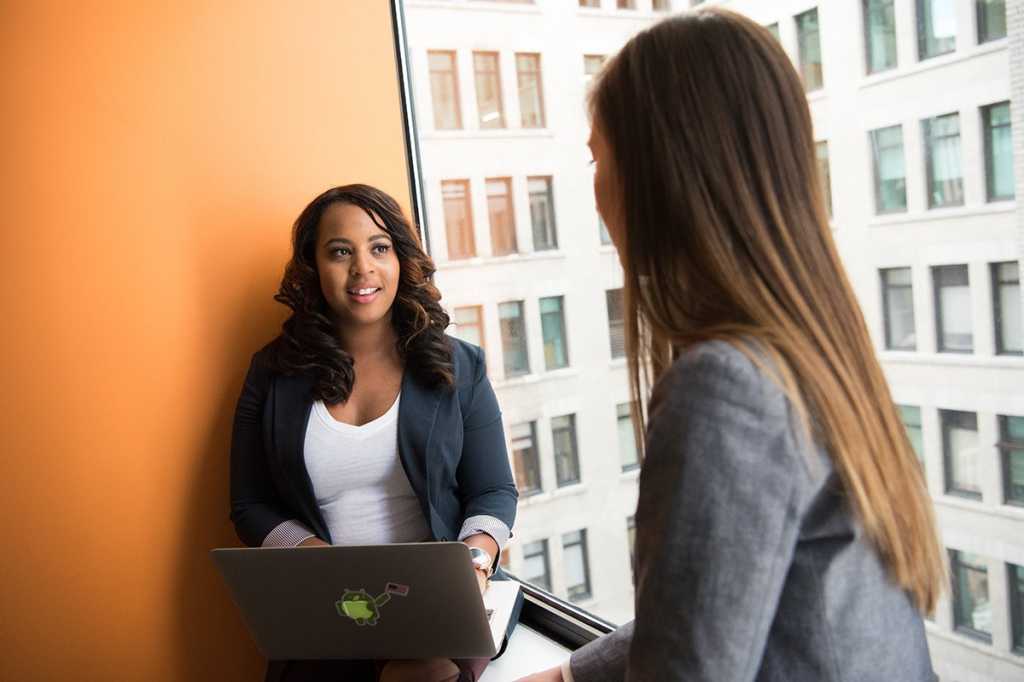 I saw this cycle in action and realized that I can choose to break it.

I was recently on a panel for a screening of a documentary I and the other panelists were in. I knew going into the panel, which consisted of three white women (including me) and a white man, that there would be a tremendous lack of representation, and I chose to participate anyway for two reasons:

The man on the panel was featured in the film recounting his painful journey from thinking he was an ally to actually becoming one, as a result of being called out at a conference. While I was somewhat baffled that the film celebrated this man’s personal journey as opposed to any meaningful work he has done since, I was dumbstruck by what happened during audience questions. A white woman CEO took the microphone and praised the man for embarking on this journey and gave countless platitudes about how important it was for him to be so brave and share his story. After that, one of the panelists turned to him and asked him what advice he’d offer to women who want to ensure that they raise their sons to be like him.

On a subconscious level, I knew that what was unfolding was problematic and unhealthy because the film, the audience and even one of the panelists chose to direct their praise and attention to the white man for taking pedestrian steps on his journey to becoming an ally. In hindsight, we should have been telling this man “great, thanks for joining us, now get to work.” Regrettably, I was silent.

My silence meant that I, too, was affirming this narrative. This became very clear when the final audience question was asked. It came from another white individual who introduced themselves as non-binary, and it was directed to me. For context, one of the episodes of the docu-series partially centers around me and my reaction to having found out that I was paid less than a man doing the same job.

In the episode, I talked about internalizing the pay inequality and subsequently overextending myself professionally by working long hours and taking on extracurricular projects over the next five years to “be better” and “earn” the full salary. So, when the individual asked me what we can do to break this cycle of trying to be more “manly”—referring to my working extra hard—my only response to that was “I wasn’t trying to be more manly.” Granted, I was much younger then and didn’t consider my “working hard” to be anything more than an avenue to close the pay gap I was experiencing. But today, how was it possible that I did not yet understand that what I had done was an attempt to be more “manly”?

By rejecting the notion of it during the panel, I was actually implicitly keeping white dominance intact. Just a few years ago, there was a Harvard Business Review article discussing the importance for upper-middle class (mostly white) men to demonstrate their commitment to work. As a white woman, if I “work as hard” as a man, then I may earn the privilege of being treated like one. The parallel narrative of the white audience and panel members praising the white man for his vulnerability, bravery and great work was implicitly uplifting white dominance. Even in progressive circles, we respect the Horatio Alger myth, which was created by a 19th-century writer, that people can escape poverty through hard work. This myth, however, is not accessible to people of color. Harlon L. Dalton, author of “Racial Healing,” states that this myth allows people to ignore the impact race has in American society.

It wasn’t until the next morning that I realized how complicated yet important the moment that passed me by, was. After spending eight years talking about and supporting “women in tech”—and most recently speaking about how over 60% of white tech survey respondents believe their company cares about diversity and inclusion while less than 30% BIPOC (black, indigenous and people of color) respondents feel the same way—it occurred to me that the cycle we are in cannot be broken out of by simply drawing attention to the fact that a cycle exists. It requires an ability to call out the cycle in the moment, clearly identifying how individuals within it—including many in our community—benefit from it and thus perpetuate it with their words and actions.

The role of white women in tech

In a 1993 interview with Charlie Rose, Toni Morrison discussed white supremacy and racism, stating poignantly, “…My feeling is that white people have a very, very serious problem and they should start thinking about what they can do about it. Take me out of it.” The long-lasting narrative of “women in tech” centers around getting more women into the industry because we occupy such a staggeringly low number of positions. But when you look beyond broadly bucketing people across gender lines and consider race, you start to see a story that isn’t being told.

According to data on Silicon Valley’s gender and racial demographics, white men hold nearly 60% of executive positions, four times that of white women. Yet white women occupy executive positions 36 times more frequently than black women. This data point alone indicates that bucketing all women into one group is extremely problematic because it covers up a huge gap between white and black women.

When white women continue to ignore this discrepancy, we are perpetuating the problem that Toni Morrison articulated. If white women—including me—fail to see the access and privilege afforded, the “women in tech” narrative will continue to be characterized by the white woman’s perspective, thus erasing the experience of black women and other women of color.

What white women can do

Toni Morrison’s quote also serves as a call to action: The burden to fix this is upon white people in the tech industry. It is incumbent on the white women in the “women in tech” movement to course correct, because people who occupy less than 1% of executive positions cannot be expected to change the direction of the ship. The white women involved need to recognize when their narrative is the dominant voice and dismantle it. It is incumbent on white women to recognize when they have a seat at the table (even if they are the only woman at the table) and use it to make change. And we need to stop praising one another—and of course, white men—for taking small steps towards a journey of “wokeness” and instead push one another to do more. White women need to recognize—as I should have when speaking on the panel—when they are benefiting from stereotypes, whiteness and the patriarchy. At the very least, we must acknowledge these truths and give them visibility.

If I were to get another shot at answering that individual’s question about benefiting from manliness, I would phrase it like this:

“Thank you for the question. You raise an incredibly good point, one that I am still internalizing. While I didn’t realize it as the time, you are correct in saying that I had internalized the pay inequality I was facing by ‘working harder’ than anyone else, which, in effect, was my attempt at being more like my male colleagues. To your other question about more broadly ‘breaking the cycle,’ I think it will require a large number of ‘mini-breaks’ before we will see a crack. For example, at this moment, we are steeped in a cycle of praising the white people on this stage for being so brave on film. What we really need to be doing right now is asking each of us what meaningful work we plan to do now that we have this platform.”