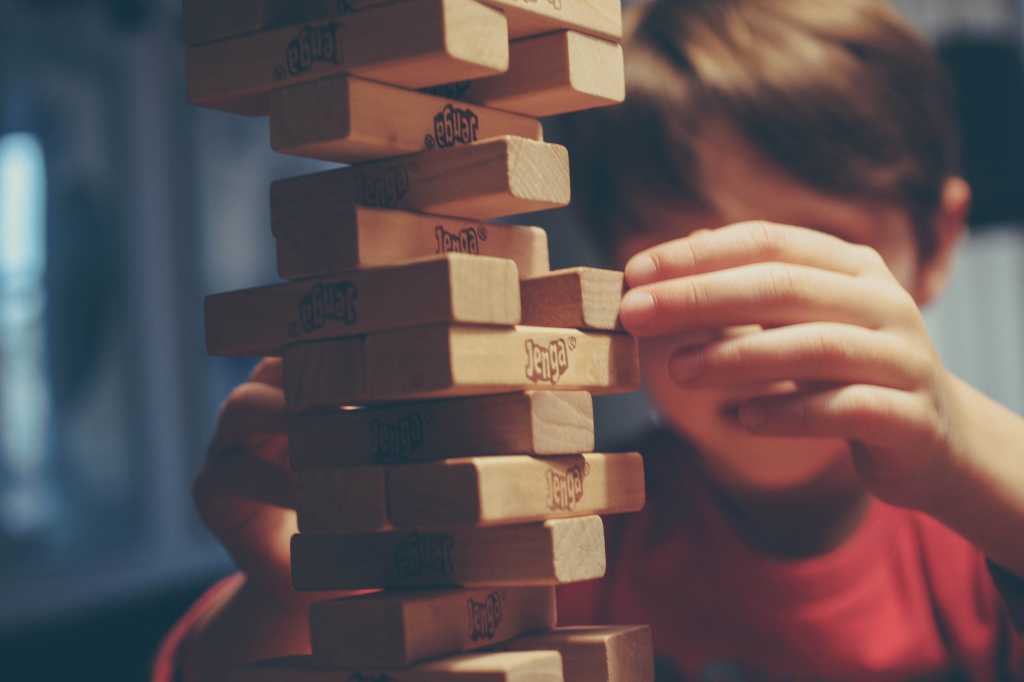 It’s tempting to declare victory with a successful proof of concept, but a working PoC or pilot doesn’t guarantee the innovation can scale.

Levine says he once worked on a new banking system designed for local branches. Tests for functionality, usability and technology went fine in the early part of the initiative, but the new system fizzled as the IT team tried to scale it from the first branches to hundreds more.

“We did performance tests in the lab, and they went well, but the lab is not the real world, and we found it didn’t scale at all. There was a bottleneck somewhere that we had to identify, stop and fix before we could scale it out,” says Levine, a long-time IT executive in the financial industry and author of several books including the recently released People Over Process: Leadership for Agility.

Innovation is top of mind for CIOs. IDG’s 2019 State of the CIO found that 67 percent of the 683 IT leaders surveyed are spending more time on strategic activities to help drive innovation and go-to-market plans, with 32 percent saying that innovation is the most important role for IT organizations to play in digital transformation.

Yet innovation that only works in the pilot phase does not meet that mission.

As Levine says: “If you’re going to do an innovation, it has to scale.”

Bringing an innovation from that early testing phase to full-scale use can be fraught with challenges. Solutions that work in an ideation lab or in small pockets — perhaps a single department or among a group of early adopters — can run into technical glitches as they’re brought to the entire organization. Or they could lose steam. Or support. Or funding.

“When you talk about innovation, people think of ideas, brainstorming, proofs of concept and pilots. That seems good enough until you get to the real game of bringing it to the organization and then that’s when you enter a different playing field. Some innovators are caught off guard by that, and they’re not prepared,” says Erik van Ommeren, an analyst at research and advisory firm Gartner.

“It’s not enough to have a process just around pioneering things,” he adds. “[CIOs have to] ask whether it is operable, whether it’s operable at a reasonable cost, is it secure, is there engagement with those who will use it. We want to make sure when we have an innovation happening, that we also have a process to scale it successfully.”

A technology glitch like the one Levine encountered is just one of the pitfalls that can plague a CIO and his or her IT team as they move an innovation from pilot to a broader swath of the enterprise. Here are nine other snags that stymie innovations as they scale.

No cash from owners

CIOs typically find it easy to get a business-side executive to lend his or her backing to early-stage projects, when risk is small and enthusiasm is high. But those business-side backers need to commit their support — and cash — for the duration, Ommeren says. Too often CIOs are left to fund the development of minimally viable products as well as large-scale rollouts, a scenario that undermines projects by masking a project owner’s true level of enthusiasm for the idea, he adds.

“To test the real commitment in an organization, you test it with money. And while it’s not necessary for all the money [to scale] a project to come from the business, it shouldn’t be zero either. You want to find someone who believes in it enough to help fund it, because scale is unlikely to happen if funding is ad hoc,” Ommeren says.

Similarly, CIOs can find excitement for innovative ideas in the early stage but may run into trouble getting people to take ownership of innovations as they become reality within the organization — particularly if those innovations disrupt the status quo and bring big changes to how work gets done. After all, it takes a strong executive to take charge of an innovation that will require staffing changes or personnel cuts.

So CIOs and their executive colleagues need to plan for that handoff from the innovative phase to full-scale production. “Ideas that are just handed over to the business have a slim chance of success. You want that to be very scripted. You want to know how and when that hand off happens, how you’ll release it from the innovation side to the operation side,” Ommeren says.

Too much user accommodation

IT departments now know to seek user input when developing new products. That’s a good thing. Yet they have to be cautious about letting users push back too much on new ideas. Ommeren says CIOs and their teams must not let user demands limit an innovation’s scope and thus dilute the value it can bring to the organization.

“We want to make sure the value we deliver is what we’re intending, that the value is what we say it should be,” he explains. “People in an organization might want to push back, try to make it slightly smaller, or less disruptive. But if we do that, then we end up with a product whose value is so small that no one wants to pursue it anymore. And if that’s the case then why would we want to scale it?”

A lack of backend plumping

Many CIOs still struggle with legacy infrastructure. In fact, the State of IT Infrastructure Survey Report 2019 from Opsview, a maker of enterprise systems monitoring software, found that 52.5 percent of global senior IT executives surveyed said legacy systems slow digital transformation to varying degrees. As a result, CIOs often are forced to scale innovations with old technology still in place — a scenario that can quickly stymie the success of great ideas in any organization.

“A lot of times those good ideas will die because the backend plumping wasn’t there,” says Todd Loeppke, who as lead CTO architect at Sungard Availability Services (Sungard AS) has advised on building an innovation culture.

Similarly, Loeppke says some CIOs find that when the bulk of budget and talent go toward modernization they have too little left over to bring innovations from ideation to scale. Either way, organizations looking to cultivate and scale innovation need to commit required resources, he says, otherwise those transformation initiatives will keep falling to the bottom of the priority list.

Moving too slowly can also stop full-scale deployment, Loeppke says. “I’ve seen great ideas come to market, but because they didn’t deploy fast enough, people lost interest,” he says, noting that a process that’s too slow or overly cautious can dampen the initial enthusiasm — and with it the support and funding — that business sponsors and users have for an idea. Tech teams need to anticipate that and, more importantly, have ways to speed time to market by leveraging agile delivery methods, DevOps or other processes that can bring innovation to users while excitement and support are fresh.

Going for a big bang

Organizations are turning to their CIOs to deliver digital innovations that can make them more competitive in the marketplace. In fact, the fifth annual State of Digital Transformation report from research and strategy consultancy Altimeter, a Prophet company, surveyed 554 professionals and found that CIOs are the most common executive to lead digital transformation initiatives within their organizations, with 28 percent saying their CIOs take on that position, followed by CEOs (23 percent) and boards (14 percent). So it’s not surprising that CIOs are looking for big, transformative ideas to bring to their organizations, Levine says. That, though, can hamper scalability. Levine has seen innovations atrophy as IT teams focus on adding more to their solutions, aiming to create a comprehensive product to scale, rather than concentrating on rolling out the great, useful, albeit smaller, idea they’d first developed.

Not involving top business users at the right time

User input is critical, but tech teams must involve enough of the right users or else face failure when scaling, Levine says, pointing to two businesses that he observed. Both companies were implementing the same technology from the same vendor for new, innovative workflow systems within their enterprises. The company that involved more top-notch business users throughout the process had a successful rollout throughout the enterprise. But the company that had just a few business analysts working on the pilot was plagued with problems as it scaled.

“You want your best business people to work with you when you’re re-imagining the future is and when it’s a large-scale undertaking,” Levine explains. “That requires a level of commitment from the business that is new.”

In his book, The Technology Fallacy: How People are the Real Key to Digital Transformation, Gerald C. Kane divides organizations into three categories — maturing, developing and early — with the ones in the top tier being those with the ability to scale innovations across the enterprise. Maturing organizations make up 25 to 30 percent of the population, with 45 to 50 percent making up the middle tier and the remaining enterprises falling in the early stage.

Kane, a visiting scholar at Harvard Business School and a professor of information systems at Boston College’s Carroll School of Management, says the maturing organizations understand that a pilot that works with a small willing team is different than one that can scale across a bigger pool of people (where there’ll be a mix of enthusiasm for the innovation being delivered). So he cautions IT teams from going from minimally viable product to enterprise-wide deployment with no intermediate steps in between.

“Innovation still requires baby steps and experimentation, even if you know the experimentation technically will work,” he says. He advises IT to involve willing participants at the pilot phase and then involve neutral business partners in the intermediate steps before moving onto the more skeptical users and business departments.

Although Kane urges CIOs not to jump straight into scaling a pilot, he says most executives actually have the opposite problem: They fail to try to scale innovations at all.

“Most organizations tend to run successful experiments and then congratulate themselves and then don’t do anything with it,” he says. “The biggest scaling pitfall is managerial risk. It’s really easy for a manager to greenlight a small proof of concept. But it’s a lot scarier to approve an innovation that will touch all parts of the organization or the core systems. Senior management tends to get cold feet when it gets to that point.”

So CIOs who want to successfully scale innovative pilots throughout their enterprise need to leverage their executive skills to convince their C-suite colleagues that the risks associated with such products are worth the value, that scaling is what will drive transformation. As Kane explains: “A CIO can do all this great innovation but you also need a chief executive who is willing to let this technology affect the core business. That’s where it gets risky, but that’s also where the potential for the greatest success is.”