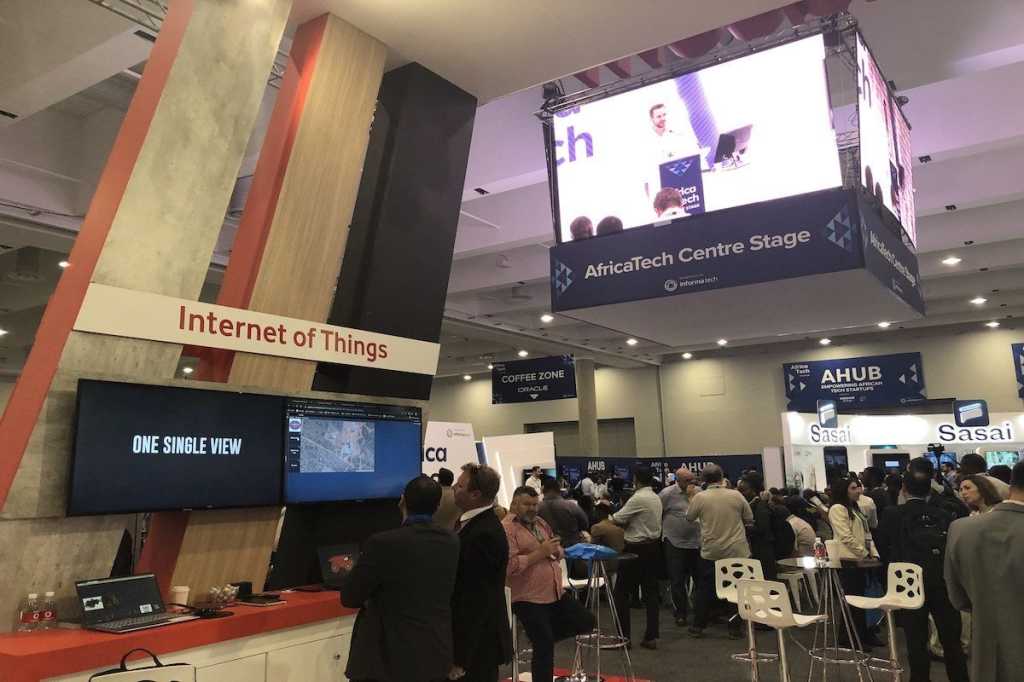 While the internet of things is disrupting industries and creating new ways of doing business globally, technology executives at this week’s Africacom conference in Cape Town are highlighting how in Africa,  IOT is focused on critical, often life-saving, utility, agricultural, transportation and infrastructure applications.

IoT is essentially a network of connected devices that collect information and provide a stream of data that can be analyzed and acted on. Industrial connected systems have been around for years, as sensors on factory floors connected manufacturing equipment. The big difference now is that connected devices are no longer the province of industrial niches.

South African-based mobile group Vodacom, for example, is investing heavily in IoT and has acquired a majority stake in IoT.nxt to develop applications for the automotive, mining, agriculture, finance and consumer markets.

African IoT projects often differ from those in Western nations in that they often are specifically developed to address regional challenges. Examples include solar lighting management for communities living off the grid or real-time weather applications that assist crop farmers.

Creating applications that are suitable to Africa’s environment and infrastructure issues is crucial in order for them to become truly viable for use on the continent. For example, GSMA research shows that as mobile IoT technology becomes more widely available, there is an opportunity for entrepreneurs to leverage new cellular Low Power Wide Area (LPWA) network technology. These networks are designed for lower cost IoT applications that use low data rates, need long battery life and are typically in remote locations. This is ideal for applications like smart-metering and decentralised utility service models. Nonetheless, there are still currently few mobile IoT networks in the African emerging markets.

Otherwise, currently deployed African IoT applications appear to be focused on vital infrastructure and utilities such as water, power, healthcare and transportation. This is likely to due to the fact that in many parts of the continent, there is still a lack of efficient delivery of related services.

The system they’ve deployed is meant to deliver critical data such as freight carrier movements through cross-border tracking using GSM-enabled IoT modules that feed data periodically back to the Iris system. This gives the company’s operations team much needed information for effective decision making to ensure efficient asset use and improved revenues.

Though the conference spotlighted a number of successfully implemented IoT applications, some speakers injected a note of caution. Vast IoT networks, transmitting data back to enterprise systems for analysis, have multiple points of weakness. When essential infrastructure such as hospitals and emergency alert systems are hacked, IoT-based “smart cities” could end up in nightmare scenarios.

“The proliferation of IoT devices provides hackers with unprecedented vulnerabilities and could also leave users open to devastating vulnerabilities if not properly secured,” said Jim Phillipoff, head of business development, media and entertainment at Irdeto.

Africa, like other regions, has to overcome implementation challenges in order to realise the benefits that can come from mass adoption of IoT. The financial constraints on the governments of many African nations is one major challenge slowing down widespread adoption of IoT. Adequate and reliable power sources also hamper the speedy proliferation of IoT applications.

“When we think of IoT, there’s always talk about billions of devices that are out there. However, what we underestimate is the fact that that is actually the easy part in terms of getting devices out; whether that’s into the ground or into people’s hands,” Naidoo said. “The difficult part is really around connectivity and how we ensure that the connectivity is available across the board, across the city – as we roll out these IoT solutions.”

IoT initiatives in Cape Town are focused on utility management for water and energy spaces, to aid operational efficiencies. The biggest impact IoT is improving the public administration’s data on utilities, so authorities can make better decisions and improve service delivery, Naidoo said.

“In terms of improved data management, our focus is on how we can rethink the effective use of infrastructure by ensuring that we are cost-efficient in terms of the usefulness of the infrastructure over time because ultimately this is what will save our residents money,” Naidoo said.