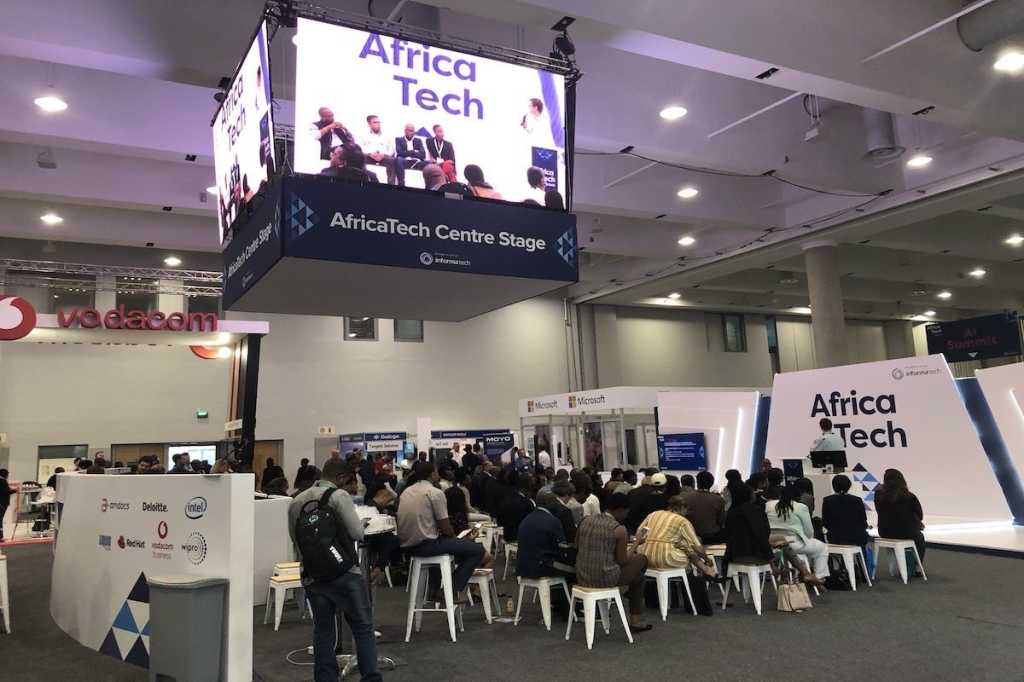 The AfricaCom conference in Cape Town last week highlighted how mobile and AI applications are being deployed throughout sub-Saharan Africa to lower the costs of implementing new services and optimize business processes – core goals for most major IT project worldwide, but ones that are especially important in emerging markets struggling to overcome infrastructure and economic challenges.

The adoption of emerging AI and mobile technology, for example, is bringing financial services to populations not served by traditional banks, and connectivity to areas unconnected by fixed- line networks.

Wireless technology is generally viewed as crucial to enabling digital transformation projects on the continent, since fixed-line infrastructure remains unreliable in many areas.

“Digital is the future and mobile is key not only in customer engagement but in executing business processes thus making it a central feature in digital transformation on the continent,” said Adrian Ho, practice leader for Enterprise Advanced Digital Services at Ovum, during the conference — the largest tech event on the continent, this year counting some 15,000 attendees, 450 speakers and 500 exhibitors.

One of the more ambitious mobile projects announced at the show was the MTN Group’s plan to roll out more than 5,000 commercial rural sites across 21 regional operations using OpenRAN technology to enable the deployment of 2G, 3G and 4G connectivity in currently unconnected areas.

MTN said it has already deployed more than 200 commercial rural sites using OpenRAN-developed standards. A RAN, or radio access network, essentially provides radio access technology allowing user devices to connect with service providers’ core networks, converting signals from client devices into packets,. The OpenRAN group – which has a variety of African and international telecom companies as members – is developing standards for programmable RAN software that is decoupled from the hardware generally required for the deployment of traditional 2G, 3G or 4G networks hardware.

The idea is to allow service providers to use virtualized OpenRAN to more flexibly and cheaply upgrade networks via the cloud, since current telecom infrastructure requires frequent upgrades to keep up with increasing network demand.

MTN has close to 250 million customers in 21 countries in Africa and the Middle East. MTN tests all hardware and software elements at its head office in Johannesburg, South Africa. MTN’s partnerships with entities such as VANU, Parallel Wireless and NuRAN Wireless is bringing OpenRAN technology to Uganda and Guinea Conakry, among other locations.

“In 2018, our Group Technology team conducted field trials in Zambia and we’ve been deploying commercial sites from early this year. Our focus is on creating viable new RAN solutions alongside the traditional deployments of network technology suppliers in order to accelerate the rural expansion in our markets,” said Rob Shuter, MTN Group President and CEO.

Shuter also outlined plans for applications based on its Ayoba messaging platform. Launched earlier this year, it has over a million monthly active users in markets including Cameroon, Cote d’Ivoire, Congo Brazzaville, Nigeria, Ghana, Guinea Bissau and South Africa. Plans call for deployment in Guinea Conakry, Liberia, Benin and Rwanda.

The platform already supports 33 local languages including isiZulu, isiXhosa, Pidgin, Yoruba, Swahili, and Hausa, many of which are not supported by the Android operating system. “The vision for Ayoba is to be an African super-app or the Africa WeChat in which users can do everything from messaging, B2C integration and payment integration,” Shuter said.

With more than 30 million mobile money subscribers across its portfolio, MTN sees integrating mobile money into Ayoba as a natural step. MTN has mobile networks in 17 African markets and that means data customers, Shuter said. “So, we can utilize on the ground presence for commercial activities, bundling in new propositions and, over time, integrate all the payment mechanisms into the app including our own Mobile Money,” explained Shuter.

MTN would not limit the app to only its own mobile money product, but also partner to include and connect with other mobile wallets in different markets, Shuter added.

Other technology leaders at AfricaCom highlighted how artificial intelligence is being deployed to optimize costs and processes in a variety of different fields.

Keynote speaker Warren Hero, the CIO and CDO (chief digital officer) at Webber Wentzel —named African Law Firm of the Year at the African Legal Awards 2019 – detailed how the firm is using AI to improve services they are providing to clients.

“Some of the breakthroughs AI has enabled our industry to experience are in discovery and document review,” Hero specified.  In one case, for example, the company decreased the time to deliver a service from seven months to three weeks.

The company uses natural language processing to gain efficiencies. “One of the other things that we could do based on the outcome that we were looking to achieve was ensure that the documents with the highest relevance got to the resources that were most experienced and documents that were kind of on the borderline or those we weren’t sure about their relevance could go to other teams for review,” Hero said.

AI can have an impact on a variety of issues critical to the African population, said Irene Kiwia, co-founder and president of Women of Achievement, a non-governmental organization dedicated to the social and economic advancement of women. Kiwia works on financial services projects to pilot products built to support Savings and Credit Co-operatives (SACCOs), used across sub-Saharan Africa by people who don’t have access to traditional banking services.

“When you look at what is happening across the continent, over 85% of the bankable population access financial services through community savings and lending groups and SACCOs but the data is not being harnessed or utilised so this is a missed opportunity,” Kiwia said.

Women of Achievement is using the eCOBbA financial application platform to change that. ECOBbA uses USSD — or Unstructured Supplementary Service Data, used to send data between a mobile phone and an application program in the network – as well as blockchain distributed ledger technology and AI. AI is used for KYC, or Know Your Customer, services, Kiwia said.

“This allows us to know more about who these people are, where they are, how much are they saving and then giving them a credit score since they currently cannot even access loans through banks because they’re considered unbankable” Kiwia said. “So using AI to map out their activities and their transactions, we are able to predict trends and gaps so that we can advise on value-addition services where we see those gaps, for example introducing micro insurance products and so forth.”

“We are here because we need an African context to what we are doing and partners, specifically system integrators on the African continent who can use their creativity to develop solutions for governments and telecoms,” said Devika Daga, an AI practitioner working on  ecosystem development for MOSIP (Modular Open Source Identity Platform), founded to help governments and other user organizations implement cost-effective digital, foundational identity systems. The idea is that, multipurpose foundational ID systems, in which individuals get a unique identifier, can be used to allow people to access a wide variety of government and private services.

Government can use MOSIP freely to build their own identity systems, and being modular in its architecture, MOSIP is designed to provide flexibility to countries in how they implement and configure their systems, and help avoid vendor lock-in. While MOSIP provides the core modules needed for an identity system, commercial partners will be responsible for customisation and integration, creating applications that vary according to a user’s requirements. The MOSIP codebase and documentation will be made available very soon, the organization says.

“We’re are looking for identity software without expending a lot of resources and this conference presents an opportunity to lay the groundwork for that,” Daga said.