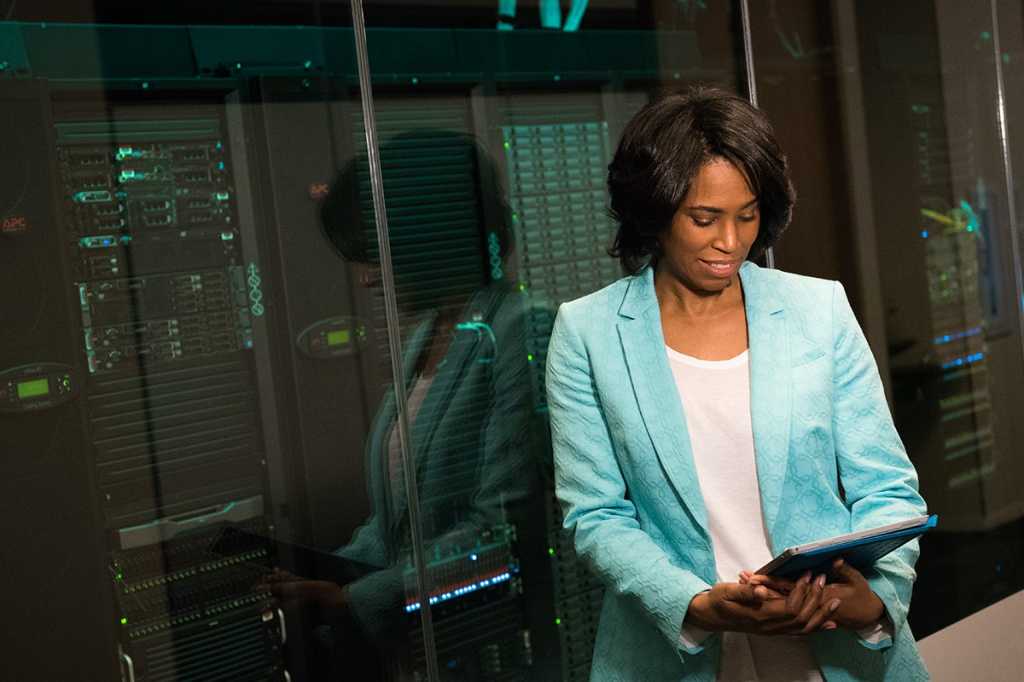 AfricaCom 2019 in Cape Town last week promised a strong focus on building gender parity in the technology and telecommunications industries, offering up a special track on the topic. That most of the sessions addressing this issue were hosted in the centre of busy and noisy exhibition halls was telling. With many of the female funders, founders and experts almost having to shout to get their points across, the scene served as a microcosm for the experiences women have working in male dominated fields on a daily basis.

And yet, the benefits of inclusivity and diversity speak for themselves.

“Having a more diverse set of employees means you have a more diverse set of skills,” says MIT economist Sara Ellison. Her recent research found that moving from an all-male or all-female workplace to an office environment with an even male-female split can increase enterprise revenue by about 41%. She explains why this happens with a baseball analogy: A baseball team composed entirely of catchers isn’t likely to hit a lot of home runs. Similarly, work environments with limited social diversity will be great at meeting the needs of one demographic but will struggle to produce products that speak to underrepresented groups.

The industry may be talking about gender equality in tech – and many tech firms assert that diversity is a priority – but progress is slow. Here are five tips to help business leaders change their organisations from the inside.

It may be hard to believe but gender parity in the IT and tech industry has actually gotten worse in recent years in some areas. When Lorraine Steyn, CEO of Khanyisa Real Systems, started her software business in South Africa 30 years ago, the number of men and women in tech fields was about equal. So, what happened? According to Steyn, it’s all comes down to perception. When the first PC debuted years ago, they were seen as being very technical and, as such, were promoted as a tool for boys. This rhetoric has framed how men and women interact with technology for decades, Steyn explained.

Getting businesses to care about inclusion and diversity starts at the top. And it requires a shift in focus, according to various AfricaCom panellists. If men in leadership roles at tech businesses really want to get serious about gender parity, they need to understand how it affects their bottom line.

Around half of the African population is made up of women and about 80% of household spend is controlled by these women. If businesses give women a seat at the table and include them in conversations around product development and marketing, they are better positioned to tap into this market opportunity. When you make diversity about profit, not propriety and political correctness, that’s when people will start to pay attention and change their strategies, agreed industry insiders at AfricaCom.

Ultimately culture beats strategy, noted Cassandra Mensah-Abrampah, who works in Kenya as head of Android platform partnerships at Google. In her work across East and West Africa, she has learnt that if business leaders want to attract more women they need to promote a business culture that supports women and create environments where both men and women can thrive.

If the data that we use to build artificial intelligence (AI) algorithms isn’t diverse, the machines will simply perpetuate stereotypes, said Chantal Lailvaux, co-founder of AIHO, a Cape Town-based user research, project management and communications consultancy. If “dirty” data is used to determine who does or does not get a home loan, women will be at a disadvantage because they are deemed a higher risk simply because there isn’t enough data documenting how they handle debt.

Gender balance in machine learning is crucial to prevent algorithms from perpetuating gender ideologies that disadvantage women. CIOs and IT executives must train their data scientists to be cognisant of bias. Ultimately, one of the best ways to avoid bias is to make sure that your teams are made up of people who reflect the demographics of those who will be using the products and services they create.

AI is a tool that allows us to scale repetitive tasks but the decisions it makes are based on what we train it to do, noted Ashi Krishnan, senior software engineer at GitHub in New York. Just because a machine comes to a decision does not mean that the result is perfect or better than a decision made by a human. “If you have a biased data set, the results will also be biased. And when we look at the results more closely, they allow us to dissect existing models and reveal the bias in our current systems and processes.”

A famous study saw symphony orchestras holding “blind” auditions in an attempt to reduce sex-biased hiring. When performing behind a curtain, female musicians were 50% more likely to move on to the final round of auditions.

While this type of anonymous recruitment process may not be viable in traditional business environments, Steyn suggested that reducing bias in tech starts with your HR department. If the group of people in charge of deciding who gets an interview isn’t diverse, chances are that they’re going to overlook candidates who don’t look like them and think like they do.

Inclusion is all about creating a workplace where everyone can play the game, said Johannesburg-based Lebo Mokgabudi, an advisory board matter at Village Capital, a business-development organization targeting emerging markets. Recounting an experience while working at a large enterprise, Mokgabudi explained that the offsite strategy and team building-sessions were entailed going fishing or heading out for a round of golf. “I, personally, have no interest in fishing or golf so I didn’t really participate in these events,” she noted. “As leaders, we need to focus on challenging ‘bro culture’. If big business decisions are going to be made during these outings, it’s critical that the activities are designed with diverse teams in mind.”

Global venture capital funding for start-ups with at least one female founder rose from $21.9 billion in 2017 to $46 billion globally in 2018, according to a report from research firm PitchBook and All Raise. Though the figure more than doubled, the amount of money put behind female-founded businesses represents a mere 18% of total venture capital invested last year.

Safaricom, the largest telecom provider in Kenya, has confronted this sort of disparity. In 2016, the brand took a look at their database of partners and made a startling discovery, said Phyllis W. Mwangi, the national coordinator for Kenya at the SheTrades initiative, which seeks to connect female entrepreneurs to market opportunities. According to Mwangi, Safaricom’s digging revealed that just 0.0027% of the businesses they worked with were owned by women.

Part of the reason for the low representation of women as business owners lies in the  differences in the way men and women invest and pitch their ideas. “Women tend to invest differently and they build different kinds of businesses,” says Sarah Dusek, a co-founder of Enygma Ventures, a U.S.-based investment fund for women-led growth businesses in Southern Africa. They also pitch differently, she says, noting that investors need to be aware of this. Often, female entrepreneurs will undersell themselves when they’re pitching for finance and if funders and venture capitalists understand this they’re better equipped to ask them the right questions. Similarly, the responsibility also lies with the female business owners to do their research so that they pitch their ideas at the right level.

During a panel discussion about securing funding, an audience member posed the following question: “What can I do to make sure that my female co-founder doesn’t get overlooked when the two of us walk into a boardroom or meeting?” Dusek believes there is incredible power in “shouldering up”. When men in executive roles stand alongside their female counterparts they can shift perceptions and expectations. “Men have an incredibly important role to play in helping their sisters, mothers and female business partners get a seat at the table.”

“Shouldering up” is akin to a buddy system. When there are women on her development teams, she makes sure that there is always more than one. In this way, the female developers can act as allies in situations where men outnumber them. Steyn believes it’s also critical for men who have respect in these industries to challenge the tech industry status quo and back efforts that give women real opportunities.

Sonwabise Sebata, deputy chair of the South African Women in ICT forum, summed up this sentiment in a particularly appooriate aphorism: “An African proverb states: ‘If you want to go quickly, go alone. If you want to go far, go together’.”