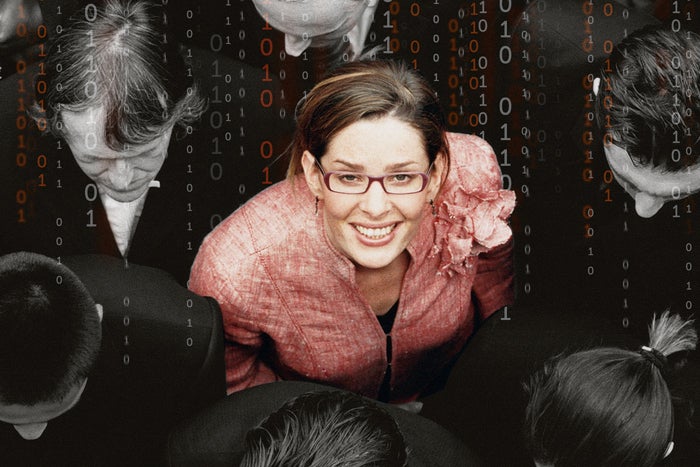 Despite national conversations about equality and inclusion, women remain underrepresented in tech and STEM fields. Half the total U.S. college-educated workforce is comprised of women, but women account for only 28 percent of the science and engineering workforce, according to data from the National Science Foundation. When you break it down by field, women have only a 15 percent share of engineering roles and 26 percent of computer and mathematical science roles.

That’s why it’s more important than ever to recognize, uplift and honor the accomplishments of women in tech. These 12 awards were established to bring more visibility to women in tech and to help encourage and inspire more women to join STEM fields.

[
Don’t get caught in a dead end: Avoid these IT jobs bound for extinction and learn the 16 most-wanted traits of indispensable IT pros.
]
[ Boost your career by joining on of these 16 organizations for women in tech. | Learn from your peers: Check out our State of the CIO 2019 report on the challenges and concerns of CIOs today. | Get weekly insights by signing up for our CIO Leader newsletter. ]

The AnitaB.org Abie Awards are part of Grace Hopper Celebration (GHC), an annual conference and celebration of women in STEM. Winners receive a cash prize, the opportunity to speak at the GHC along with an expenses-paid trip to the event. The award ceremony also includes the Technical Leadership and the Student of Vision Abie Awards, while other awards are presented biannually. Other Abie Awards that will be presented at the 2020 GHC include Technology Entrepreneurship, Emerging Leader and Change Agent.

The Pass It On Awards Program, another award from AnitaB.org, grants cash awards of up to $1,000 to help fund women working in computing or to fund projects that support women and girls entering STEM fields. Awards are funded by donations from Systers, an online community for women in STEM fields created in 1987 by Anita Borg, who is noted as one of the earlier pioneers for women in tech.

The Aragon Research Women in Tech awards recognize women in the technology industry who have “demonstrated outstanding personal and professional growth and significantly contributed to the technology industry.” Nominees must be role models, innovators and leaders who contribute to the “growth and strategic direction” of your organization. Nominees should also spend time mentoring young professionals, donating time or money to an important cause or giving back to their community.

Association for Women in Science (AWIS) Innovation and Inclusion Awards

The Association for Women in Science (AWIS) annually presents a Leadership and Next Generation award to two women in STEM. The Leadership Award is given to a woman in STEM who represents strong leadership and a dedication to empowering other women in STEM. The Next Generation Award is presented to a woman in STEM who represents and advocates innovation, inclusion and growth in the tech industry. Companies can also receive the Game Changer Award, which is presented to an organization that is making strides in the industry for diversity and the advancement of women in tech leadership.

Women in IT Awards Series

The Women in IT Awards Series, hosted by Information Age, is a global IT award series that highlights the accomplishments of women in STEM. Award ceremonies take place in New York, Silicon Valley, Toronto, London, Singapore, Berlin, Dublin and Bucharest. The award series aims to help close the diversity gap in tech by addressing inequality and encouraging key industry leaders to engage in “constructive” conversations about diversity in tech.

The Women in Technology International (WITI) Hall of Fame was established in 1996 to acknowledge and highlight women’s contributions to science and technology. Nominees must be someone who has directly contributed to the advancement of STEM, facilitated or started programs for young women in STEM, helped encourage or enabled other women to advance in STEM careers or developed innovative solutions for the environment or humanitarian efforts. Past inductees include women executives and leaders from organizations such as IBM, Microsoft and HP.

The Women in Technology (WIT) Annual Leadership Awards were established to honor and acknowledge women who are strong leaders and who have directly contributed to the tech community through professional achievements and mentorship. The awards recognize women leaders who have taken on the responsibility of mentoring future successful leaders in technology and supporting other women working in tech.

Women in Tech (WIT) Women of the Year Awards

The WIT’s Women of the Year Awards, presented by T-Mobile, recognize women working in Georgia’s STEM community in small, medium and large companies and women working in nonprofit education or for a nonprofit organization. The awards ceremony brings together a diverse group of leaders in the Georgia tech industry who are dedicated to closing the gender and diversity gap in STEM fields.

The Woman of Color (WOC) STEM Conference started as an employee recognition program in 1987 and now gives organizations the opportunity to “seek out the exemplary STEM employees and their mentors or champions for recognition for their achievements.” The awards also aim to help organizations promote the successes of women “with the same intensity as male employees” and to “raise the profile of organizations as employer of choice among women, racial and ethnic minority groups.”

The Women Tech Council (WTC) is a national organization that focuses on the contributions and economic impact of women in the tech industry. The WTC aims to develop programs that encourage women to succeed in STEM starting as early as high school. The WTC annual Women Tech Awards include the Trailblazer, Data Innovator, Impact, Diversity Leadership, Culture Leadership, Technology Leadership, Entrepreneurship Excellence and Operational Excellence awards.

Hosted by Women Tech Founders (WTF), the WIT awards recognize the industry’s most innovative female founders, investors, leaders and talent. The event gives female founders a chance to connect with female investors and leaders can find diverse and educated talent for their ranks. It’s not just an awards gala, it’s a networking event that helps women build a community of other women in the industry to inspire, mentor and guide each other through their careers.