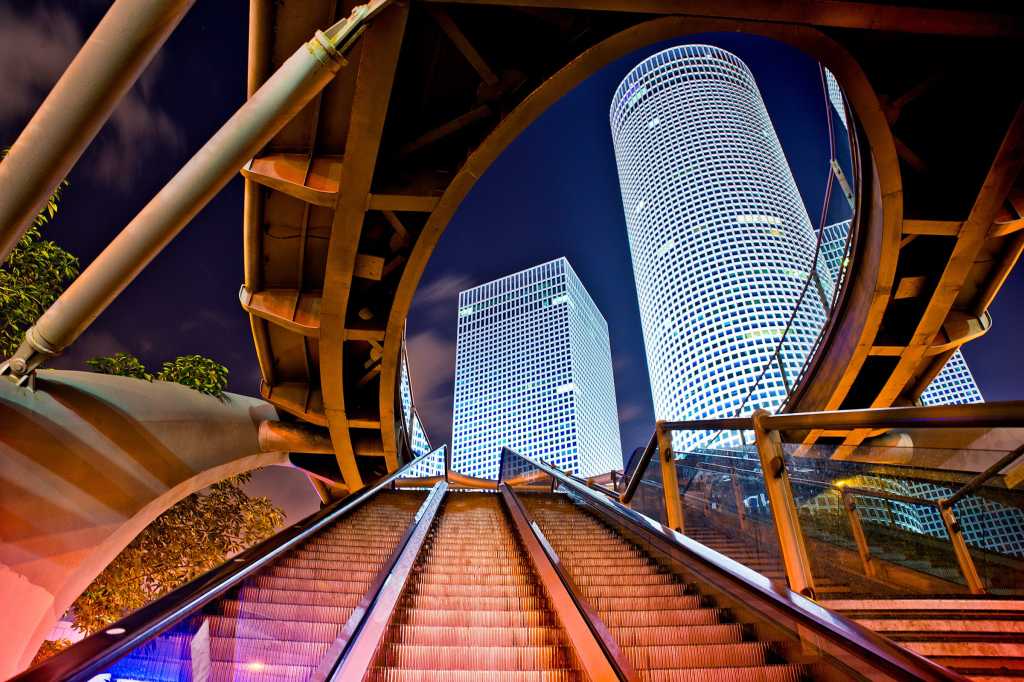 Ecommerce platforms will represent the most disruptive business model over the next three years, according to Israeli technology industry executives surveyed by KPMG. Representing a country that’s come to be known as the “startup nation,” the Israeli tech leaders may be on to something.

Thirty-four percent of Israeli tech leaders polled by KPMG said that ecommerce would be the most disruptive business model over the next few years, about 25 percent higher than the global average, according to KPMG survey numbers that went into its latest “Disruptive companies and business models” report.

“In the last year or two we’ve seen something like 300 startups a year, just in technology which is disrupting ecommerce,” said Jonathan Lavender, KPMG Global Head of Enterprise, based in Tel Aviv. “When you ask people what they’re working on, a lot of the SaaS and AI models are geared toward ecommerce.”

These entrepreneurs may be considered something of a bellwether. The country’s status as a hotbed for startups comes from the US$6 billion in venture capital money that pours into the country every year, the 600 or so startups that are created annually, and the hundreds of international companies that have research and development facilities in the country, said Lavender.

Why is Israel the ‘startup nation’?

The phrase itself comes from the book “Start-up Nation: The Story of Israel’s Economic Miracle,” which looks at how a tiny nation came to have more startups per person than any other country on the planet and more companies on the U.S. Nasdaq exchange than any other foreign country.

A big part of the reason is the military, which pours millions of dollars a year into technology and requires young people to take on leadership roles and often great responsibility, Lavender said. However, while in the military, “failure is not an option,” the country’s business class has a tolerance for failure among entrepreneurs, much like in the U.S., Lavender noted. This attitude allows young entrepreneurs to take chances.

While Israeli tech entrepreneurs may be on the vanguard of entrepreneurs globally, the country does not have as advanced an ecommerce sector as other nations, noted Lavender. Amazon, for example, does not have a local presence in the country; it only suggests retailers that ship locally. So part of the reason tech leaders strongly believe  ecommerce to be the most disruptive busness model in the near term may be that they are bracing for Amazon to establish a full-scale presence in the country.

Otherwise, Israeli tech leaders, like their global counterparts, believe that the telecommunications industry will be the industrial sector most likely to be disrupted, according to the KPMG survey.

Telecoms and healthcare set for disruption

The telecommunications companies in Israel face the same basic issues confronting telcos globally, Lavender said — declining prices for consumers are affecting their business model. “This sector has to be disrupted because they have no ability to invest in 5G,” Lavender said. “A lot of the telcos around the world are having a pretty tough time in their ability to invest in 5G and their basic infrastructure.”

The survey, however, did reveal some differences between the global viewpoint on industry disruption and the Israeli view. Globally, industrial manufacturing came in second place, after telecommunications, as the sector most susceptible to disruption, while for the Israel survey, it was healthcare and life sciences.

Healthcare in Israeli is delivered though four health maintenance organisations (HMOs), which have records on patients going back years. “They are sitting on huge amounts of data they can do things with,” Lavender said, specifying AI-based data analytics. “It’s a great beta site to test AI capabilities.”

Enterprises can learn from disruptive business models and those business sectors that are going through transformation, Lavender said, noting that may private companies have underspent on IT. “There is an opportunity now through SaaS models to invest in technology; SaaS has created the perfect scenario for private companies to really look at their IT infrastructure and gear it up.”

Cloud technology is the other half of the equation, because if enterprises really want to disrupt traditional ways of doing business there is no way to do that without cloud technology, Lavender said.  “Any technology you want to put around AI and machine learning and whatever will eventually not work on legacy systems — your ability to engage with clients quickly to understand what their issues are and have the ability to make real-time decisions is the Holy Grail of where you want to be. You can’t do that on legacy systems.”