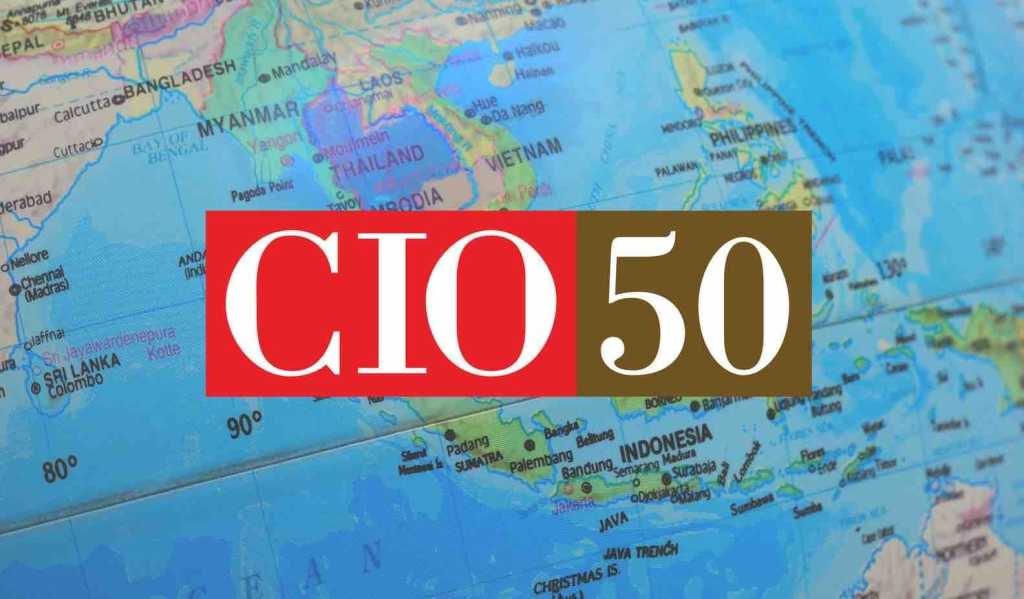 Reflective of IDG’s increasing commitment to the region, CIO50 is aligned to a global awards program and viewed as a mark of excellence within the enterprise.

The role of technology leaders – whether CIO, CTO, CSO or CDO – continues to change at pace, driven by the emergence of new technologies and business models.

CIO50 has captured this change through highlighting the innovative work of individuals and organisations across the region.

Whether a small project or large company-wide initiative, CIO50 documented the positive impact of technology and the business benefits of disruptive thinking.

The top-ranked technology leader in ASEAN is Voranuch Dejakaisaya, CIO of Bank of Ayudhya in Thailand.

Balancing speed to market with regulatory approval, Dejakaisaya has continually and consistently converted innovative ideas into actionable solutions, executing at pace and with purpose.

Through exceptional leadership, Dejakaisaya has transformed the bank through a series of projects leveraging cutting-edge technologies such as mobile, blockchain, robotics process automation and artificial intelligence.

Next up is Yeo Beng Huay as CIO of Singapore Customs, Sarabjit Singh Anand as Regional CIO of Standard Chartered Bank, and Andy Welsh as CTO of Helix Leisure, placing sixth, seventh and eighth respectively.

Rounding off the top ten is Ivan Ng as CTO of City Developments Limited in ninth and Jimmy Ng as Group CIO of DBS Bank in tenth.

Leaders of the CIO50 collectively hold responsibility for more than 55,000 IT employees across ASEAN, averaging more than 1,100 staff per organisation.

The inaugural list played host to a range of technology positions, spanning CIO, CTO, CDO and CISO, in addition to transformation, business and executive roles.

All major industries were represented in financial services, insurance, telecommunications and retail, alongside government, health, technology and aviation. Other key sectors include automotive, maritime, media and entertainment, oil and gas, transport, real estate and a host of specialist verticals.

This year, 18 percent of technology leaders showcased were female, representing a positive step towards greater levels of diversity across ASEAN.

Perhaps most tellingly however was that all innovation projects showcased during the CIO50 were dependent on business buy-in.

Technologies deployed include cloud, artificial intelligence, machine learning and automation, as well the internet of things (IoT), digital platforms, mobile and security. Technology leaders did not rule in isolation however, with all achieving success through working collaboratively with key stakeholders across the wider organisation.

CIO50 was judged on two core pillars of Business Innovation and Leadership, honouring transformational and disruptive CIOs at both in-country and regional levels within Southeast Asia.

Under the Business Innovation pillar, nominations described the innovation introduced over the past two years that changed the way a business operates.

Under the Leadership pillar, submissions outlined the ways in which the technology leader collaborated and influenced the organisation and its leadership team.

The inaugural list was open to the top-ranked technology leader within an organisation, holding overall responsibility and control of the IT vision and direction of the company.

Specifically, the CIO50 sought to determine:

All entries were reviewed by a select and independent CIO50 judging panel, who rated each section of the questionnaire in order to determine the final list.

The most powerful nominations provided real-world examples of where technology and digital chiefs are successfully providing value to organisations, driving innovation and leading teams.

After 25 highlighted CIOs and organisations, the remaining 25 honourees recognised are listed alphabetically by company. Submissions also formed the basis of written profiles of all 50 technology leaders, which can be found by clicking here.

CIO congratulates all our CIO50 technology leaders in ASEAN.