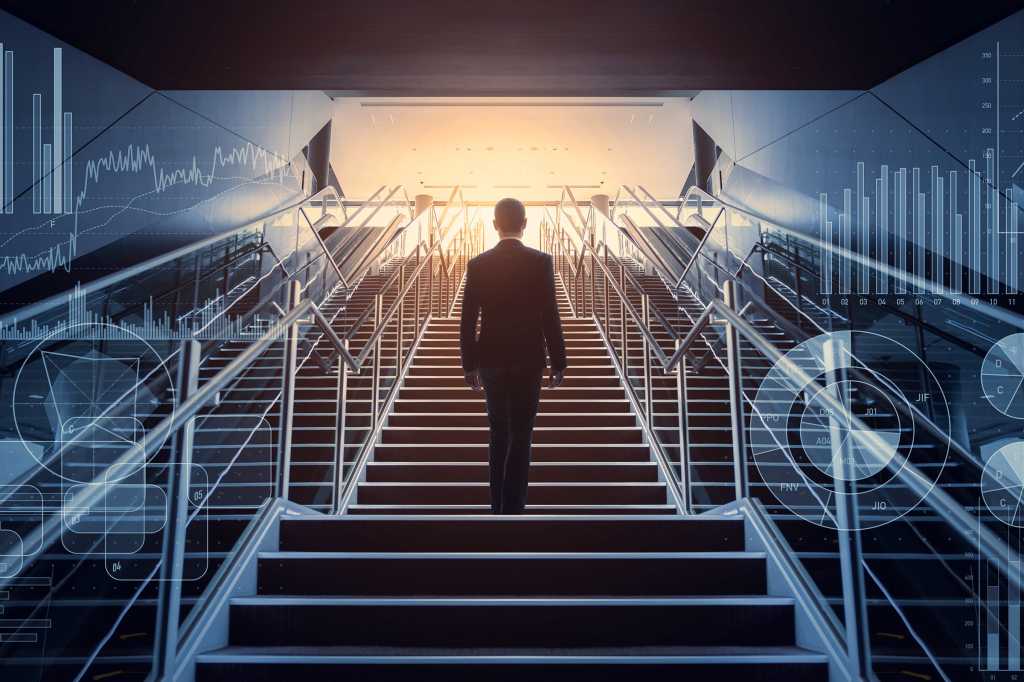 For Marwan Fawaz, an executive advisor to Google and its parent company, Alphabet, “Technology is an enabler of change.”

The former CEO of Nest, who grew the smart-home brand and tripled revenues during his tenure, sees tech as a means to improve life for people around the world.

He stays focused on his mission to create tools that “make us more productive, healthier, safer, more visible, better connected” — and resists the impulse to implement tech just because it seems cool.

That’s a disciplined approach coming from a leader with an engineering background. It also might be the key to his success as a leader.

But Marwan, who is a veteran of the cable/broadband telecommunications industry, is quick to acknowledge that the journey to becoming a good leader didn’t happen immediately.

“I learned some hard lessons,” Marwan recalls of his early rise in management.

In fact, the tough lessons started early for Marwan whose life began far away from Silicon Valley. During our podcast interview, Marwan, who previously served as the CEO of Motorola Home, shares the ups and downs on his way to Mountain View and the guideposts that helped along the way.

Marwan was born and raised in Lebanon as the youngest boy in a family of 10 children. His father was a police officer who remained “highly ethical,” he says, amidst widespread corruption at the time. Although he struggled to support his large family, Marwan’s father felt it was important to teach his kids honesty, hard work and how to create their own opportunities.

“Those are really important lessons that aren’t taught in schools,” he says.

While his dad was working, Marwan’s mom “made ends meet in a very tough situation,” he says. Their family was poor, but he and his siblings were well cared for.

“While she never went to school, couldn’t write and read, I learned so much from my mom. I see it today more than ever: she was an incredible multi-tasker, incredible at managing time and resources.”

The Lebanese Civil War broke out in when Marwan was still a child. In 1979, when he was 15 years old, he left home to escape the escalating conflict.

“My parents did their best to keep us all safe,” he says. “But they encouraged us to leave and follow our dreams, opportunities and safety.”

Marwan traveled to the West African country of Liberia to join an older brother, who had already settled there. He enrolled at an “expat high school” populated with mostly American teenagers.

“Growing up, we spoke mostly Arabic or French,” says Marwan. “I didn’t speak a word of English until I was almost 16.”

After two years of attending school by day and learning English at night, he got his diploma and set his sights on college in the U.S. He chose California State University in Long Beach, where he studied engineering.

That’s where Marwan’s path began to take shape, both in work and love. At Cal State, he met a computer science student who later became his wife.

“We’ve been happily married for 32 years,” he says.

It was the mid-1980s––the era of Reagan, the strategic defense initiative and Star Wars. Marwan was fascinated with communication satellites, and Long Beach was a hub for big defense contractors who recruited from the university.

“That was highly influential in my education,” he says.

Marwan specialized in satellite engineering, but when he graduated, he found that without U.S. citizenship, he couldn’t work in the defense sector.

“What was the closest thing? Cable TV,” he says. “I decided to park myself in the cable industry for a few years until I got my citizenship and [security] clearance.”

By the time he did, however, the world had changed.

“The [Berlin] Wall came down, the Soviet Union crumbled, and there was no SDI anymore. So I stayed in the cable industry.”

3. Management is a new skill set

For the first four or five years of his career, Marwan was “just an engineer,” he says. “Learning, building stuff––you know, creating things. And I enjoyed that a lot. But when you’re successful, the next stage is to become a manager.”

Marwan found himself pressed into a leadership position that he wasn’t prepared for, he says.

“I tell this story to my employees and people I mentor,” he says. “I failed miserably. I didn’t know how to manage people. I was the youngest of the engineers who got promoted. Then my peers became my employees.”

His team was older and more experienced––by “like 10 or 15 years,” says Marwan. He responded by trying to be “an engineer first, not a manager.”

But he quickly learned that he shouldn’t do the same work as his team.

“My role is to help them do their jobs, not do their jobs with them. It took me a while to figure that out,” says Marwan. “Early on, I didn’t hesitate to ask for help––quite a bit––from people who were there before me. That’s probably the most valuable leadership advice.”

Mentorship is a vital part of leadership, which Marwan sees as a journey that changes at different stages of your career.

That’s why it’s important to be mentored, and to mentor others, he says.

Marwan speaks fondly of his own mentors, including cable TV pioneer Jim Chiddix, who he calls “one of the shining stars in the industry…20 years later, I still remind him how he took time to explain things to me.”

He was fortunate to count Microsoft co-founder Paul Allen as a mentor as well.

“I learned a lot from Paul,” says Marwan. “He was an idea guy. He tried to push the envelope. I saw him make tough decisions about whether an idea was ready or not. Some were extremely successful. Others he would pull back because the technology hadn’t evolved fast enough to support it.

That was a valuable lesson, he adds: “How to gauge the timing of bringing ideas to market … how to use technology to deliver something that people want and need.”

Today, Marwan is happy to share his experiences with younger leaders.

“We have huge deficiencies in female leadership in the cable industry,” he says. “So I’ve spent a lot of time championing that.”

In 2008, he was honored as “Mentor of the Year” by Women in Cable Telecommunications’ Rocky Mountain chapter.

“I wasn’t doing it just to get the award,” says Marwan. “I was doing because it was the right thing to do.”

A good mentor helps create “better environments and opportunities” for mentees, he says. “Encourage them to seek things out differently than you did.”

5. Tech as a mission

“We created technology––from fire, to weaponry, to artificial intelligence,” says Marwan. “We have limited resources on this planet and limited ability to maximize and optimize them.”

The challenges of climate change, for example, aren’t limited to conservation and renewable energy. We’ll need to innovate new ways to react to the new realities that climate change has already wrought, he says.

For Marwan, tech leaders have a particular role to play. “We need to be in front, helping people understand why it’s important to keep moving along as a species––for our survival. Developing and maximizing what we have. And technology is the way to do it.”