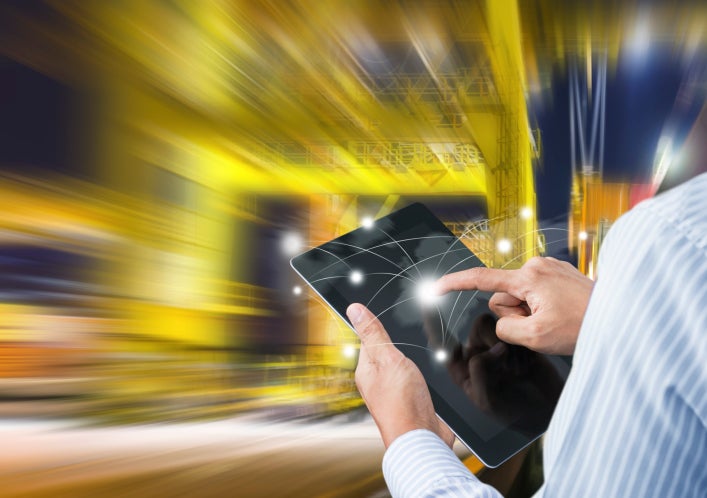 Merck KGaA is using artificial intelligence to better understand how its pharmaceutical products, including fertility and oncology drugs, traverse a network of suppliers and partners that is becoming more complex. It’s the latest leg in the German company’s journey from reacting to changes in the supply chain to predicting them and prescribing corrective actions, says Alessandro De Luca, CIO of Merck’s health-care division.

For companies such as Merck, improving supply chain efficiency by even a single percentage point can add millions of dollars to the bottom line. And, as De Luca tells CIO.com, Merck’s use of AI in the supply chain is also an example of how intelligent software can help humans make better business decisions.

AI and machine learning (ML) technology are emerging as actionable options for CIOs in industries ranging from retail to industrial manufacturing and consumer packaged goods. While some observers opine that AI will usurp jobs, the technology is augmenting human work in the short term. Spending on AI systems will reach $97.9 billion in 2023, more than two and one half times the $37.5 billion that will be spent in 2019, according to IDC.

Supply chains are particularly rich targets for AI and ML, with companies using the technologies to ensure goods, including raw materials and products, make it to their intended destinations. AI dynamically sources and processes data from many different areas, including contracts and purchase orders, to help enterprises understand current patterns and forecast future demand.

Merck’s bid to bring AI to its supply chain began four years ago as the company realized that the complexity of data flowing through its service endpoints was becoming unwieldy, says De Luca. Software from Aera Technology has emerged as a critical component of Merck’s AI implementation.

By analyzing product shortages, bottlenecks and other data points, the software will tell whether Merck must order more supplies, curb production or reroute orders, picking up cues that humans couldn’t catch due to the sheer volume of data. The software presents its recommendations through a single dashboard for humans to take action.

A prescription for ML and cloud

This prescriptive approach saves demand forecasters the considerable effort of working out these issues themselves. “The system is doing a lot of work for them,” says Aera CTO Shariq Mansoor. “We’re harmonizing the data in a business context.”

De Luca estimates that approximately 4,000 employees use Aera’s software to search through 1.2 billion rows of supply chain data daily. Even so, De Luca would like to see more Merck employees adopt Aera, which he says has significantly bolstered supply chain service, including reducing inventory and ensuring the pharmaceuticals are delivered on time and in full.

Aera, founded as FusionOps in 1999, rebranded in 2017 and has raised $130 million since then. The company banked $80 million in a funding round led by venture capital firm DFJ Growth earlier this year.

Merck also uses AI software from TraceLink to optimize the so-called last mile of pharmaceutical distribution to partners such as hospitals, wholesalers and drug stores such as CVS Health. It’s currently testing the software to see whether it can curb shortages of oncology drugs that boost the body’s immune system to fight cancer.

In time, De Luca expects to add additional external data sources to derive more value from the AI technologies for Merck’s supply chain. And he hopes that more Merck employees will use Aera and Tracelink to forecast demand planning. “The tech is not the challenge — people and data are,” De Luca says.

Merck may be early to the game, but the practice of applying AI to the supply chain is picking up, according to IDC, which estimates that half of all manufacturing supply chains will have invested in AI through 2021, yielding productivity improvements of 15 percent.