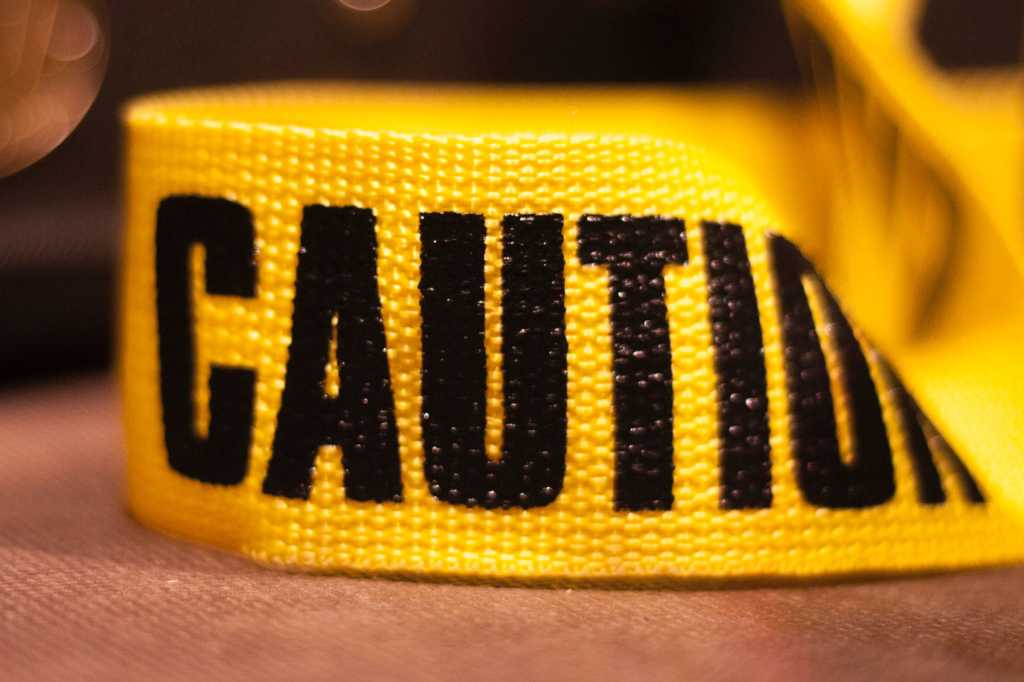 Organizations looking to navigate change, be warned: The odds of success aren’t good.

According to its June 2019 market report, Moving from Digital Readiness to Effectiveness, Everest Group Research found that most companies undertaking digital transformation initiatives fall short of their objectives, with 73 percent of enterprises failing to realized sustained returns.

“We still see organizations struggle with change, and that rate of failure has held steady for the past 15 years or so,” says Cecilia Edwards, an Everest Group partner who co-leads its IT and digital transformation practice.

After decades of tech-driven change, what gives?

Edwards has a theory. She acknowledges that the Everest Group figure and other such statistics may seem surprising, but they reflect the higher bar that exists for initiatives to be deemed successes today. To be a win today, initiatives must deliver clear business value.

“Only some organizations are getting the level of business value they intended. We’re seeing that as a consistent theme, one that’s being magnified with digital transformation,” Edwards adds.

CIOs, tech experts and management consultants say a number of factors can contribute to bad outcomes, yet they note that poor change management is a frequent, if not leading, contributor to failure.

Following is a list of 10 common change management mistakes and how to avoid them.

1. Failing to see change for what it really is today

IT projects once meant implementing technology that moved people from one way of working to another, at which point there was stability and a new normal. End of story.

That kind of change still happens, but today it happens faster and more often as part of broader transformations, says Suzanne Adnams, a vice president and analyst at Gartner in its CIO Research division.

“There are two types of change going on in every organization right now: The first is all about project-driven change. The second kind is culture-driven change; it’s not predictable, it’s not something we can plan out, because for the most part we don’t know what the impact will be on our culture, people, mindsets and practices until we see it happening,” Adnams explains.

Gartner studied organizations that have successfully navigating transformation and found a common set of approaches to change leadership, in which change leaders envision a clear future state, share that vision, align themselves with what’s needed to achieve that future state, create ways for people to contribute ideas, foster the ability to test ideas, and scale up successful pilots.

2. Not taking the reins

Oversight and responsibility for change management resides in the human resources department at many, if not most, organizations. As a result, some CIOs simply pass off the task to their HR colleagues.

However, technology drives nearly every business initiative today, and agile development has IT workers collaborating much more closely with their business counterparts. These factors give CIOs and their staff much greater visibility into how business processes are changing, where users need to adapt, and what constitutes success.

As such, CIOs should have partial ownership of and responsibility for change management, Adnams says.

“The CIO by default has ended up in the position of really needing to raise the awareness of the need for change management with their peers across the C-suite. It’s not that others aren’t aware, but the others aren’t dealing with it in the same way,” she adds.

Change makes people uncomfortable. They’re worried about how new initiatives will impact their day-to-day duties, whether it will hurt their positions at their companies — or potentially take away their jobs. To cope, many struggle to adjust; some even fight against the change.

Despite such common reactions, many CIOs and their executive peers still don’t recognize how difficult change can be. Instead, they try to push through change without first acknowledging and addressing such anxiety.

“It’s so easy to get enamored by the art of the possible but you have to sell it to others a little bit so you can help them navigate change,” says Mike Kelly, CIO at software maker Red Hat. Kelly says he strives to acknowledge and address such distress and find ways to get workers onboard. “There’s a mindset that has to be in place in [the enterprise], a mindset that says, ‘I really do what to change and I’m willing to do anything to make it right,’ to [make change successful].”

Although CIOs should have shared responsibility for change management, Kelly says it’s a mistake for CIOs to be the most vocal and visible proponent of change; instead, CIOs should ensure that the business leaders whose departments will benefit from the initiative occupy that role.

“It’s about IT leading from behind,” Kelly says.

Additionally, CIOs shouldn’t settle for anything less than their colleague’s full commitment to advocate for change.

Kelly says he once led an initiative where he wanted his business-side partner to appoint star workers to help model the changes needed, yet the partner balked at the idea of redirecting his top employees to the project — even though that reluctance jeopardized success. In such circumstances, Kelly says CIOs need to convince the business leaders to not just say they champion change but actually commit the required resources. If not, CIOs should decide whether it’s even worthwhile to move forward.

Another common mistake, according to several experts, is keeping change management segregated from the overall initiative.

“People unintentionally put the change team on an island. When you do that, you don’t allow them to work out loud with intention,” says Bill Kirst, a senior manager in West Monroe Partners’ operations excellence practice, where he focuses on operational change management.

He points to one company’s attempt to move from its on-premises data center to the cloud, a large undertaking that required IT staff to work differently. The company had a project team moving through the work but didn’t integrate change management plans as the initiative progressed — integration that could have identified and addressed the employee-created work-arounds that threatened both the cloud migration and employee morale.

As Kirst explains: “The change team should be comfortable enough and supportive enough to say, ‘We’re not going to get it all right, we’re not striving for perfection, but we’re striving for a growth mindset and so we’re going to test together.’”

Many executives don’t see change management as its own discipline, one that requires professionals with a level of training and expertise to ensure successful delivery of their services, says Dave Jordan, global head of consulting and services integration at Tata Consultancy Services. As a result, CIOs and other executives frequently assign change management tasks to individuals whose expertise is elsewhere, such as project management.

Not the best move, Jordan says. He points out that change management professionals are trained in organizational design and behavior, education and training, and industrial and behavior psychology; even the best product owners, project managers and business unit leaders don’t typically have that kind of education.

Jordan advises CIOs to either cultivate that expertise within the company or seek out firms that can provide it.

“Because change management is a softer deliverable, it is easier to cut; it’s an easier line item to scale cut back when CIOs are going through the budgeting process,” he says, noting that he advises organizations to dedicate a minimum of 15 percent of a program budget to organizational change.

Jordan also advises executives against overloading change management teams — another frequent mistake. “I’ve seen larger clients almost all try to create and establish an internal change management team, typically as part of the HR function or sometimes part of IT, but they’re almost always understaffed and as a result stretched thin,” he adds.

Another prevalent problem with modern change management: failure to engage directly with those impacted by an initiative and instead relying on preconceived notions about what’s needed to get people from Point A to Point B.

“It’s human nature to think our ideas are the best ideas. But too often we’re working in an echo chamber, which means we develop ideas in isolation and we don’t get diverse opinions. We don’t start from a place of gathering feedback and getting different perspectives when thinking about the change ahead,” Kirst says, explaining that CIOs should challenge their product teams to partner with change leaders to break down siloes and “co-create” with users.

“Some [CIOs] fear that if you do that, you’re signing up for all their ideas. But you’re not; you’re inviting inclusion. And if people feel heard, and they can envision themselves in the change, they will help you with adoption,” Kirst explains. “If not, if people don’t feel they’ve had a chance to say, ‘Here’s my idea,’ then they can start to harbor some resentment. And people have a natural tendency to disengage when they feel their ideas aren’t valued.”

9. Failing to update and adapt

Point to early wins and past successes to gain support for new endeavors and provide templates for future initiatives. That’s the advice CIOs have had drilled into them. But Edwards cautions CIOs against embracing past change management plans even if they worked.

“Don’t think, ‘We did it this way in the past and we were successful, so that is the path to success in the future,” she says.

Rather, she tells CIOs, other C-suite executives and change leaders to approach each change program with a unique strategy designed to the current needs and circumstances.

10. Thinking users should adjust their expectations

Edwards also says she sees CIOs and their executive partners ignore well-established behaviors with the expectation that users should abandon popular practices to adopt new ways that don’t deliver any visible benefits. It’s a mistake that often sinks initiatives — and one that is particularly painful when organizations seek to lead their customers through change.

She asks: What if, for instance, developers at one company redesigned how customers post reviews? Users would likely revolt, as they’re already used to a nearly uniform way of doing that thanks to Amazon and other online giants who set the standards.

Employees are no different today. They come to their jobs with expectations that certain digital experiences should be uniform.

“The market demand now says the customers are dictating to the companies what they need,” Edwards says. “Companies aren’t in control of the expectations, and they have a harder time setting new expectations. It used to be that customer-facing companies were the only ones who had this challenge, but all companies are facing this now because every company’s employees are humans in the digital world.”