Huawei Connect
Huawei is a leading global provider of information and communications technology (ICT) infrastructure and smart devices. We are committed to bringing digital to every person, home and organization for a fully connected, intelligent world. 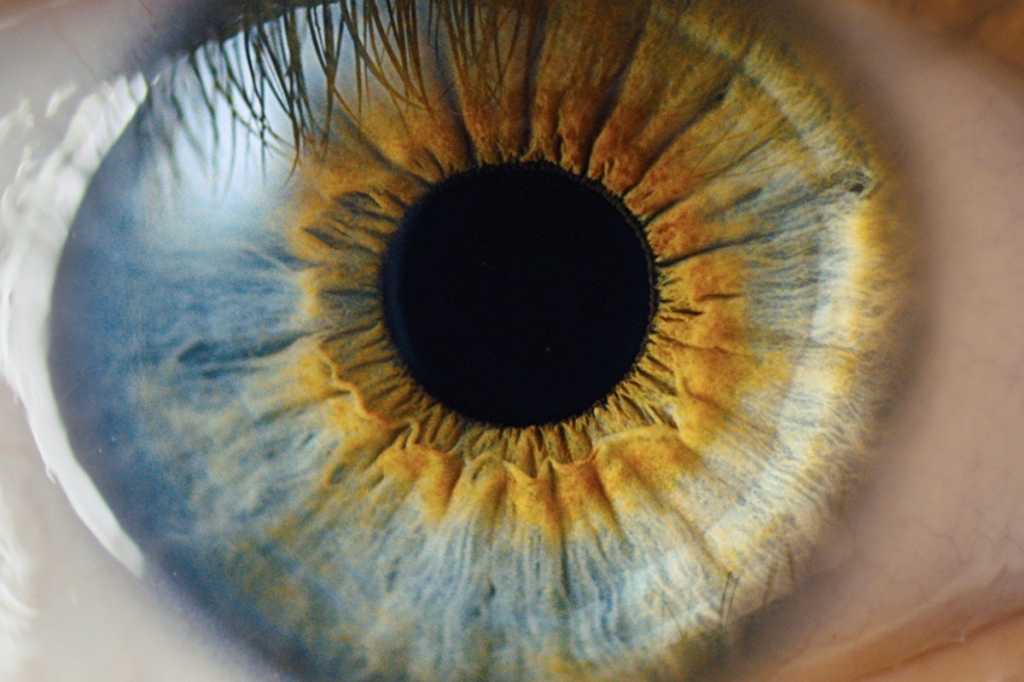 In most situations, children are unable to clearly explain their symptoms; all they can do is cry to express their discomfort. This problem becomes even worse when it comes to babies with congenital eye disease. These children don’t audibly express that something is wrong, which makes diagnosing eye disease in infants much harder. It also puts an extra requirement on parents and pediatric doctors – they must be like detectives, finding clues and making deductions.

According to World Health Organization estimates, there are around 19 million children in the world suffering from visual impairment. With timely intervention, 70–80% of them can have their problems prevented or treated. In this context, the timing of diagnosis and treatment becomes the key to deciding these children’s futures.

Most eye diseases occur in the first five years of life. Early diagnosis is vital for these children. Unfortunately, a lack of parental knowledge and awareness leads to many children missing the optimum diagnosis period. The proportion of children suffering from eye disease who receive early treatment makes up just one third of the total. Most children go undiagnosed for a long time, affecting their eyesight, educational opportunities, and development. In low-mid income countries, going blind can present a fatal threat to some children.

How can these afflicted children and their parents be helped?

Eye disease mainly manifests itself in the impairment of four aspects of vision. The first is the ability to focus, meaning visual acuity and the ability to see details. The second is movement tracking – whether the eyes can rapidly track and judge the position of moving objects – which mainly relies on the function of the muscles behind the eyeballs. The third is the ability to fix one’s gaze without trembling or double vision. The fourth is the nervous system, damage to which can be caused by inflammation, trauma, or tumor growth.

In low income countries and regions, malnutrition and infectious disease are the main reasons behind visual impairment in children. Meanwhile in developed countries, hereditary and perinatal factors are the leading cause.

Traditional eye disease detection for children mainly relies on hands-on work – the doctor attracts the child’s attention by moving their finger or a device, and then observes the child’s reaction to determine their condition.

There are three problems with this method of testing. Firstly, the doctor’s presence is itself enough to attract the child’s attention, and is therefore a form of interference. Secondly, the final judgment relies completely on human interpretation, necessitating highly professional and experienced doctors. Thirdly, this method requires active cooperation between doctor and patient, but many infants cannot correctly follow the doctor’s instructions (such as “Look at the top-right of the picture”), which influences the final result.

In the past five years, the Spanish startup DIVE Medical and the medical research institute IIS Aragon have been developing a new type of medical device called DIVE (Devices for an Integral Visual Examination), which can provide automatic, high-speed and accurate visual function testing even for non-cooperative patients such as children and even infants. Children with damaged vision look at things differently to those without. DIVE uses painstakingly designed visual stimuli, custom software, and machine learning to detect and distinguish visual problems.

Unlike the traditional method of having a doctor lead the child’s gaze with a finger or device, DIVE uses a computer screen, removing the element of human interference and outputting more precise visual stimulation. In addition, DIVE can measure eye movement, automatically tracking children’s eyes with greater accuracy than a doctor’s visual observation of their reactions.

After collecting children’s reactions, how can it be determined whether they are normal? This is where the help of AI comes in. DIVE records the performances of children with ordinary vision and those suffering from impairment at different ages. AI analyzes this data, learning the differences between children with and without eye diseases. When a new child undergoes testing, the machine learning model can provide a supplementary judgment on the child’s condition.

The DIVE device provides the visual stimuli, captures and analyzes the child’s reaction, then employs AI to make a judgment. In comparison with traditional manual testing, this represents a big step forward. However, like most standard medical technologies, the current DIVE in its early stages still requires that the user goes to an ophthalmologist for testing, as it relies on the interpretation of its results by an expert. Employing AI to make judgements allows inexperienced examiners to have an easy interpretation of visual assessments and to be able to identify children with visual problems.

How can eye tests be made more portable and easy-to-use?

Enter the next generation of the DIVE device, which will include a Huawei P30 mobile phone, fitted with the Kirin 980 chipset. The Kirin 980 is integrated with an independent neural processing unit (NPU) that has powerful device-side AI processing, allowing for data to be analyzed locally on a mobile phone. The entire machine learning model of DIVE is built on HiAI 2.0, Huawei’s mobile AI open platform. AI access is provided at three levels: chip, device, and cloud.

Aside from the P30 and its ability to help doctors analyze data, Huawei has also provided the MateBook E display device. Children can watch the DIVE suit of tests designed for a fast and accurate assessment of the visual function on this tablet computer, and then the gaze data will be sent for analysis to a doctor’s Huawei P30, who can confirm whether there are any signs of latent vision damage. This eye test support system for DIVE is called Track AI.

For users, the great value of Track AI is that it is instantaneous, widespread, and private.

Rather than uploading the data to the cloud and then returning the cloud-processed result, HiAI operates locally on the device, making everything more instantaneous and efficient. From the user’s point of view, it is a less drawn out process. Even if the doctor is in a remote village with no Internet, the testing system still works.

Furthermore, Track AI reduces the cost of testing for patients. This testing takes no more than 15 minutes, greatly reducing the eye disease screening time and allowing more children to be seen in a shorter period.

At the same time, this screening technology is much easier to popularize: Huawei devices do not need to access the cloud; calculations can be carried out directly on the phone. This high portability increases the range of usage scenarios, benefiting more children, particularly in developing countries.

Few privacy concerns are more important to us than medical privacy, so another benefit of local data processing is that it guarantees user privacy. Carrying out device-side AI processing on the Huawei P30 avoids the need for constant data transfer over wireless networks. User data is permanently stored on the device side, so the test can be completed even when not connected to a network, which is an effective privacy safeguard.

It is worth mentioning that Track AI is not a replacement for professional medical diagnosis, but rather it provides a tool for screening. When screening groups suspected to be suffering from eye disease, it can screen for those at high-risk, allowing doctors to focus their attention on these patients. It not only reduces the time taken to diagnose patients, but also reduces the pressure on the specialist doctors.

In order to help more children discover, treat, and recover from eye disease as early as possible, Huawei has provided IIS Aragon with free technical support and funding, including the provision of equipment like P30 phones and the MateBook E.WSPOS (World Society of Paediatric Ophthalmology and Strabismus) said on Twitter, Huawei has deployed its AI expertise with leading medical research bodies and DIVE Medical to help safeguard children’s eyesight.

A Long Road: Using Tech for the Benefit of Humanity

Track AI has created a device that is easy to use, portable, and affordable. It can identify children with damaged eyesight, and in doing so, improve the health and quality of life of children all over the world. As AI is constantly learning and optimizing, the growth of its database will make machine learning increasingly accurate, to the extent that it will be able to account for different races and cultural environments.

At present, five medical institutions in Spain, Vietnam, Mexico, China, and Russia have all started the gaze data collection phase required to train the AI algorithm. By continually collecting data and adjusting the machine learning model, research institutions can then be able to acquire a more accurate model.

In 2017, Huawei published its first integrated standalone neural processing unit in the Kirin 970 chipset, marking the beginnings of the device-side AI computing industry. To continue creating value for its users, Huawei has been constantly upgrading HiAI and the device-side AI technology, successively releasing the Kirin 980 chipset and HiAI 2.0 platform, which allow more amazing AI apps to become possible.

In order to allow more people to enjoy the convenience of new technology, Huawei is continuing to use its AI technology to unleash human potential and create value for the disadvantaged.

The company has joined with the nonprofit organization European Union for the Deaf, as well as Penguin and the animation giant Aardman to develop the StorySign app. StorySign uses Huawei’s HiAI multilingual optical character recognition and file test correction technology to let hearing impaired children see real-time virtual sign language interpretation of the text on their android device. Not only will this help hearing impaired children to more effectively learn to read, but it will allow parents to naturally learn sign language, solving the problem of lack of mutual intelligibility.

While technology can provide assistance to disadvantaged groups, for the majority of sufferers of treatable illnesses, early detection and prevention of these illnesses is still the key to improved quality of life. Meanwhile, the key to increasing the success rate of treatment is paying more attention to children’s eyesight and discovering problems as early as possible.