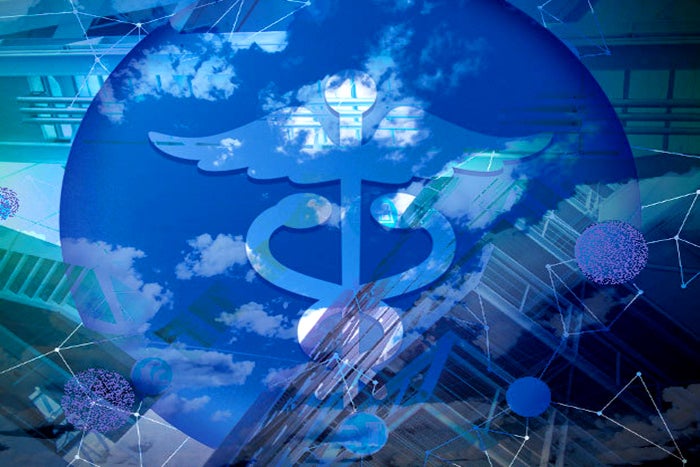 A slew of newly announced initiatives points to the inexorable shift of data away from walled gardens and tightly controlled environments into the world of free markets. Consider these:

OK, I’m not so sure about the last one, but you get the drift. Patient medical information is being set free so that their rightful owners, i.e., consumers, can access and share them freely. ET go home. At last.

The Office of the National Coordinator of Health Systems (ONC) is trying to lubricate the free flow of data through a proposed Trusted Exchange Framework and Common Agreement (TEFCA) that will promote data interoperability among qualified health information networks or QHINs (for a primer on this topic, go here.). In “The new innovation model: monetizing healthcare data,” I wrote about how health systems and health plans are encouraging innovation by launching programs to aggregate and monetize patient medical information. The ONC’s moves are more akin to forging a master digital key to unlock patient medical records at a national level. The ONC has even selected an official partner to promote interoperability.

The significant outcome of these unlocking efforts will be a new wave of digital health innovation that will put the time, place, and mode of care delivery increasingly in the hands of healthcare consumers.

So, all is good, right? Maybe, maybe not…

The ONC, while supporting the idea of allowing consumers unfettered access to their medical information, has also rung a warning bell against unregulated use of the data by third-party apps. Several medical associations have also raised the alarm about potential invasions of privacy arising from patients unwittingly granting access to their data to third parties. They have highlighted likely undesirable effects, including the possibility of misuse of the data by insurance companies, employers, and others who may use the information to discriminate against consumers. These are valid concerns. Those of us who willingly signed away our data rights to big tech firms who in turn unwittingly handed them off to malicious actors (recall Facebook and Cambridge Analytica) will appreciate the need to slow down and ensure there are adequate guard rails to protect against misuse of personal medical information.

Indeed, the horse may have already left the barn. Those among us who voluntarily uploaded our DNA data on open platforms have compromised not just ourselves but our extended families as well. For every Golden State killer that was nailed by a relative’s DNA data, there are likely some anonymous souls who have been targeted inappropriately due to their identities being compromised by a relative’s online DNA record.

What we see now is the shift of control of patient data from one custodian to another – namely from the health system to a technology provider, or from one technology provider to another. The rightful owners of the data, namely consumers, are gaining access through many of these arrangements, such as Apple’s health app, and will have the ability to direct the data to any platform or service they believe will help them with their health care goals. (Never mind that only around half of all patients have electronic access to their records today and a large percentage of those don’t look at it even once a year) .

Even arrangements where consumers do not gain access to their data may benefit them in indirect ways. Epic’s Cosmos program may spur medical research that leads to breakthrough insights for improved care. Allscripts’s data-sharing agreement with Apple unlocks hitherto inaccessible data from the EHR system and hands it to consumers. The many industry collaborations underway, such as the recently announced partnership between Mayo Clinic and Google, could result in breakthroughs in clinical insights that could benefit the broader population. The ONC’s TEFCA initiative – if it becomes law – will significantly enhance innovation and improvements in quality of care by enabling free flow of patient data across the nation.

The one thing missing in all of these efforts is clarity on the degree of control consumers can exercise on how their data will be used in all these arrangements. In that sense, we are not in a free market for patient medical data, certainly not one where the consumer not only decides whom to share it with but also how much to charge for access to the data. But then, maybe we are not ready for a free market for patient data, and perhaps we will never be. This may not be entirely a bad thing, as long as the emerging data-sharing arrangements bring about improvements in patient experience and care quality while reducing costs of care.

The unlocking of patient data is leading us to a future when health care will be delivered at a time, place, and mode of the consumer’s choosing. That day, to paraphrase Melinda Gates, would the Moment of Lift. Like in the iconic ’80s movie, ET has just barely got on the bike. We are rooting for him to lift off. He will. Hopefully soon.