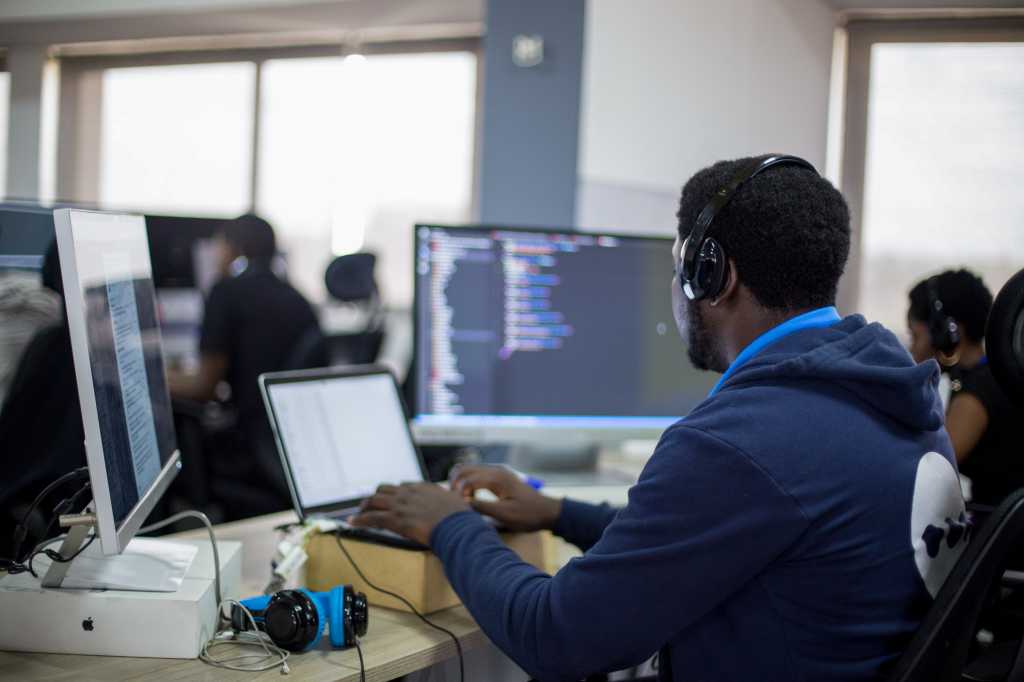 African tech talent outsourcer and placement firm Andela said Tuesday that it is moving to cut up to 420 developers from its roster because it’s facing a global lack of demand for its junior-level programmers.

The move comes as something of a surprise, since Andela is one of the most globally prominent African startups, funded by US$181 million in venture capital including an investment from the Chan Zuckerberg Initiative, established and owned by Facebook founder Mark Zuckerberg and his wife Priscilla Chan. Backers also include tennis superstar Serena Williams, former U.S. Vice President Al Gore and in the tech world, Salesforce Ventures.

“We now have significantly more junior talent than we are able to place,” said Andela CEO and co-founder Jeremy Johnson, in a statement released Tuesday.

It will be cutting 250 staff in Nigeria and Uganda, “with an additional 170 potentially impacted in Kenya, who we don’t believe we’ll be able to find meaningful work for over the next year,” Johnson wrote.

Andela was founded in 2014 and has offices in New York as well as Nigeria, Kenya, Uganda, Rwanda, and Egypt. It represents more than 1,500 African engineers and works with more than 200 of the “world’s most respected technology companies,” Johnson said in his statement.

Andela employs African developers to work in geographically distributed teams for companies globally, focusing on creating groups of programmers that are dedicated to particular clients and even specific client products, rather than short-term projects.

Facing a lack of demand for junior developers

“As the talent world has evolved, we have as well, and over the past few years it’s become increasingly clear that the world needs what Andela provides: high quality engineering-as-a-service,” Johnson said. “It’s also become clear, however, that the majority of the demand is for more experienced talent.”

Andela started off with a business model based on supplying mainly junior-level engineers, with some mid-level and senior engineers. Though the move to significantly cut its talent roster was a surprise, Andela earlier this year signaled a shift in its business model to sourcing more senior-level engineers, in May launching a campaign dubbed “Software Engineers to the Power of X”.

“This campaign will see us recruit mid & senior level software engineers to join us as we continue to power engineering teams across the world,” the company reported in the announcement. One of the ideas behind the effort to hire more experienced programmers was to attract programmers who felt they did not need to go through Andela’s bootcamp training process.

Mid-level and senior engineers now comprise 25% of Andela’s workforce. By placing more senior-level coders in global firms, Andela was able to drive more additional placements for junior programmers, but it has not been enough, Johnson said.

There are various issues that may have affected Andela’s decision, not least of which is that training junior developers to work with global companies requires a lot of management overhead.

“To get a junior up to speed is much more difficult when he is working in a remote team in a culturally entirely different background,” said Ernesto Spruyt, founder and CEO of Tunga, a technology talent outsourcer with a pool of developers mainly in Uganda, Nigeria and Egypt. Though Tunga invests in developing aspiring programmers, it does not place junior talent unless a customer makes a specific request.

Meanwhile, after raising a significant amount of cash, Andela is likely under pressure to stay as lean as possible and show a profit. Developing junior talent takes time and money and the payoff for placement is not as immediately profitable as placing more experienced engineers.

The Andela cuts “probably reflect that they have a real business and that their investors want them to show their metrics,” said Chris Suzdak, a Tunga client and founder of Mauritius-based CoffeeChat, a startup that connects coaches and experts to entrepreneurs, enterprises and students who are looking for mentors.

“There are lots of different ways to get into programming and computer science now,” Suzdak said, noting that as more developers flood into the market, downward pressure on prices for junior-level talent is likely increasing. “It’s a supply and demand game,” Suzdak said. “From what I know of Andela’s model they’re probably competing on quality rather than price and I think that it makes a lot of sense to focus on what they have a comparitive advantage in and build up that business more.”

After the cuts, Andela looks to grow again

Johnson made a point Tuesday to say that Andela is on a growth path despite the cuts, noting that the company plans to hire another 700 experienced engineers. Johnson also said that the company is set to double revenue this year, to hit US$50 million, acknowledging that it is not yet profitable.

Meanwhile, Andela is closing its D0 training program in Nigeria, Kenya, and Uganda, and will focus training efforts in its pan-African hub in Rwanda.

Johnson said that Andela has partnered with innovation hubs in each country (CcHUB in Nigeria, iHub in Kenya, and Innovation Village in Uganda) to help connect the laid-off  developers with possible employment. With the hubs, Andela has identified more than 60 companies seeking junior engineering talent. The hubs will also offer the laid-off engineers co-working spaces free of charge for the next three months.

Andela engineers specialize in, among other development tools, JavaScript, Python, Ruby, PHP, iOS and Android, according to its website. Eighty percent of its developers have completed degrees in Computer Science or Engineering prior to entering Andela.