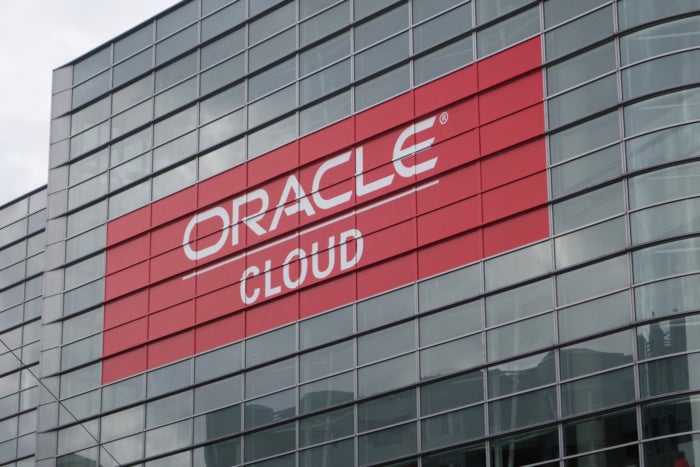 Oracle OpenWorld in San Francisco this week will spotlight the company going big on conversational user interfaces and digital assistants as part of a broader push to incorporate AI technologies, after tentative steps in that direction last year.

CIOs can also expect Oracle to extend its cloud apps with more automation tools and new functionalities, potentially reducing the need to interface with point solutions from third parties. Among the new features promised are IoT monetization tools so you can make your customers pay for physical objects based on usage; the Oracle Business Network, which will make it easier to trade with businesses that are also Oracle customers; LinkedIn integration for recruiters and HR staff; and deeper integrations with Oracle’s CX Unity platform for tracking customers on- and offline.

But if there is a central message the company hopes to convey this week, it’s that Oracle is now a serious cloud apps player, despite reluctance to break out cloud revenues in its financial results.

“We now have lots of successful customers, many of whom will speak at the conference about their success, in our cloud,” said Steve Miranda, executive vice president of applications at Oracle, in a pre-briefing. Businesses of all shapes and sizes can benefit, he said, “not only from what we have today, but by staying current and modern with the pace of change that our SaaS applications can bring you.”

Automatic for the people

Automation is one of the areas the company is pushing AI. Oracle Autonomous Database uses AI to perform a lot of the provisioning, patching and performance management previously undertaken by admins, and now the company is looking across the enterprise for other tasks it can automate.

As for the digital assistants, the first of which were unveiled at last year’s OpenWorld, these will allow Oracle customers, and also their customers, to interact with cloud apps via text or voice chat.

For example, users of Oracle ERP Cloud and EPM Cloud will soon be able to track the status of a project and escalate issues of timing by chatting with their applications, rather than scouring menus and dialog boxes for the right option, the company says.

“Digital assistants and conversational UI are going to transform the way we interact with these applications, and just make things a lot easier to deal with,” Miranda says.

They will also enable supply chain managers to check on delivery status, track deviations and report incidents, Oracle’s goal being to enable root-cause analysis of supply chain problems via the chat interface. In HR, Oracle HCM Cloud will chat with employees about onboarding and accessing their performance evaluations, while sales staff will be able to configure quotes using voice commands, Oracle says.

Oracle and Amazon are famously combative, but Oracle is starting to adopt the same terminology Amazon uses for its Alexa virtual assistant, referring to extended dialogs to accomplish a goal as “conversations” and tasks that its digital assistants can help with as “skills.”

R. “Ray” Wang, founder and principal analyst at Constellation Research, says Oracle’s effort to weave AI into all its apps is paying off. “It’s more than just the chatbot,” he says. “It’s the long-term performance improvement of feedback loops. The next best actions are more than rudimentary. Think of the Digital Assistants plus Intelligent Document Recognition, and predictive planning as all tools to help drive more automation and augmented decisions in enterprise apps.”

In addition to its digital assistant, Oracle has other plans to simplify things for supply chain managers — or at least, those willing to trade with other Oracle customers. Its cloud apps already enable buyers and suppliers to connect through third-party networks such as Transcepta (invoicing) or Justransform (logistics) — and Oracle SCM Cloud will soon include its own directory of connected trading partners, Oracle Business Network.

This is an area in which Oracle’s archrival SAP has been playing for years, following its 2012 acquisition of business matchmaking service Ariba.

Constellation’s Wang sees a lot of interest in competitor networks to Ariba, including GT Nexus and Tradeshift.

“These networks provide key demand signals that will power other AI requirements for commerce networks,” he says. “Every buyer will be a seller and every seller will become a buyer. This is the core to global networks.”

To make its network more attractive, Oracle plans to integrate DataFox, the AI-based search engine and aggregator for business information it acquired in October 2018. This, it says, will help customers reduce the risk associated with trading partners.

Oracle is also bringing data sets together for customer experience management. Oracle CX Unity, the customer data management platform it announced at OpenWorld 2018, will gain more integrations with online, offline and third-party data sources, allowing that data to be exploited throughout the Oracle CX Cloud suite.

Three weeks before Unity’s unveiling, SAP announced its own plan to offer a unified repository of customer data through the Open Data Initiative, a collaboration with Microsoft and Adobe. In the year since, Oracle has more than made up for lost ground.

“CX Unity is actually real. The SAP, Microsoft, Adobe alliance is still conceptual as all three parties have not agreed on who will adopt what and what will be built,” says Constellation’s Wang.

Oracle OpenWorld 2019 runs through Sept. 19 at the Moscone Center in San Francisco.