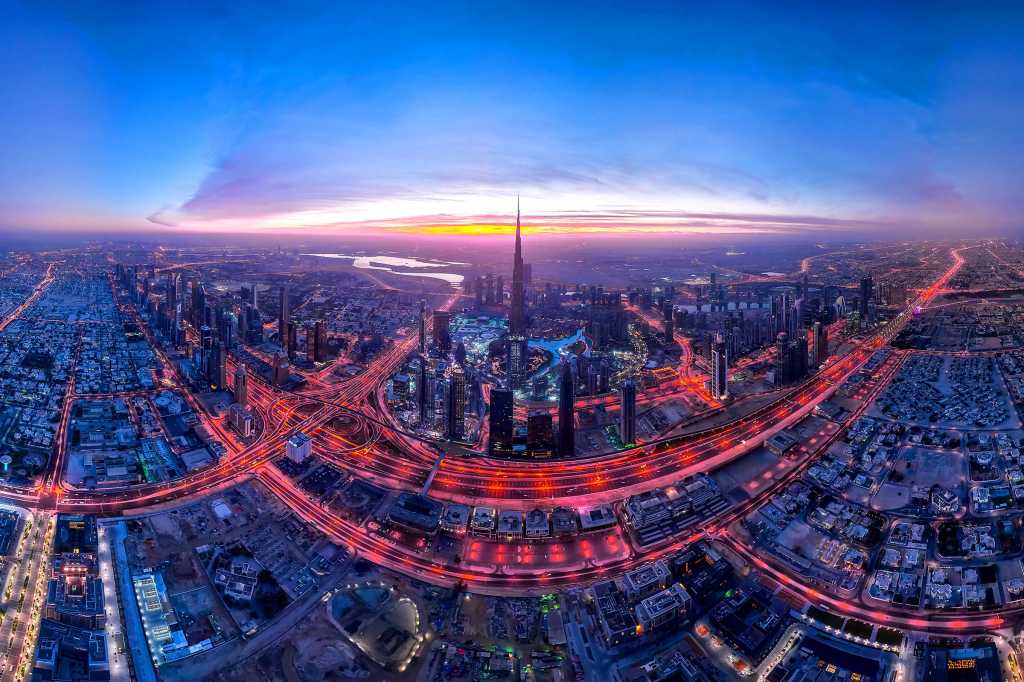 Expo 2020 is expected to bring in 25 million guests from around the globe, and is widely seen as a measure to boost Dubai’s image as a go-to tourism and investment destination in the Middle East and North Africa region.

It also serves as a new prototype for the creation of smart cities – communities that make use of IT and operational technology to improve the performance of urban services such as energy, transportation and utilities.

For German conglomerate Siemens, which is the government’s infrastructure partner for the six-month event, the project will be something of a proving ground for the way cities can implement IoT, or internet of things — networks of connected devices that collect information and provide a stream of data that can be analyzed and acted on. As such, it’s also a bellwether for business opportunities.

“In order to make the Expo successful we selected some portfolio elements which we believe are suitable for smart cities,” said Oliver Kraft, Siemens’ Expo 2020 project lead. “Without IoT we cannot build a smart city at all — no IoT, no smart city.”

A key component of Expo’s tech infrastructure is MindSphere, a cloud-based IoT operating system that stores operational data from connected devices. It’s essentially a platform as a service (PaaS), on which users can run analytics and other applications, and offers open APIs and development tools.

A cloud-based application, which is being developed ahead of the event, connects the city’s infrastructure via IoT sensors and can support predictions with the use of machine learning and other artificial intelligence techniques.  For instance, when the app is connected to a weather station, it will use real-time weather and air quality data to predict the likelihood of a sandstorm and make appropriate recommendations.

Expo 2020 comes against the backdrop of rising demand for IoT and smart-city technologies technologies around the world. Global spending on IoT is forecast to reach $745 billion in 2019, an increase of 15.4% over 2018, according to IDC.

Much of the interest is coming from developed financial hubs such as New York, London, Paris and Tokyo. Dubai, which leads the Middle-Eastern region in terms of connectivity, is not too far behind.

Dubai as a global smart-city leader

“Dubai is sort of a shining example globally of a city that’s doing a lot,” said Ruthbea Yesner, who manages IDC’s government and smart cities research. “There are various examples around water and energy that Middle East is ahead in; the Saudi government did an entire planning around smart cities and communities for their 17 major cities so there is clear movement and buy-in in the Middle East.”

On his part, Kraft says that before arriving at the Gulf trade hub, he was under the impression that New York was the most international, dynamic city. “Then I came to Dubai and what I like is the… willingness to create something from scratch, something new which has never been tried before,” Kraft said.

Since the late 2000s, the Dubai government has made active efforts to bring “smart” technologies to amenities such as transport, communications and electricity, among others. One of the earliest initiatives was Salik – Dubai’s road toll system that operates without toll booths or barriers. This was followed by the introduction of Nol card – a unified card to pay for transport services – in 2013.

Four years later, the Emirate launched the Smart Dubai 2021 initiative and outlined goals such as a paperless economy and faster adoption of blockchain technology.

Unlike the speedily implemented public initiatives of the past, the stakes are much higher for Expo 2020. For the Dubai government the event is expected to bring in billions of dollars in tourism revenue, while for Siemens it is an opportunity to showcase itself as a serious purveyor of smart city applications. It has plenty of heavyweight competition. Leading tech vendors for smart city projects include Cisco, Microsoft IBM and Huawei, according to McKinsey’s Smart Cities: Digital Solutions for a more livable future.

“Smart cities open up new business opportunities—and not only for technology firms,” the McKinsey report says. “Companies in multiple industries are already beginning to alter their existing product and service lines to suit changing urban markets. These include drugstore chains that are becoming telemedicine providers and real estate developers that are integrating automation systems, sensors, and mobility options into their properties.”

But since smart cities are a new phenomenon, some opportunities will become clear only as development continues,  IDC’s Yesner says. “There’s a whole white space that we don’t understand, that’s going to arise as cities get more connected,” Yesner says. “There’s just a whole area out there where there’s going to be new services and ways of working.”

To set strategies, Mckinsey says, company leaders need to ask key questions: “How does the evolution of smart cities affect my current offerings? What kind of value shifts and opportunities will this create across my industry? And what type of approaches and capabilities does it take to succeed in these markets?”

From a manager’s point of view, Kraft says that the benefit of working on an iconic project is that you attract a lot of people from within the company. He cautions that he had to pick the “right mix” of employees from teams that have worked with the company’s Mindsphere and Navigator systems before. These are “people who have the willingness, the flexibility and the agility to try something new,” he added.

For company leaders gauging business opportunities, projects like Expo 2020, according to IDC’s Yesner, “require us to think about the fure and what things should really look like, and realize that there’s just a whole area out there where there’s going to be new services and ways of working.”