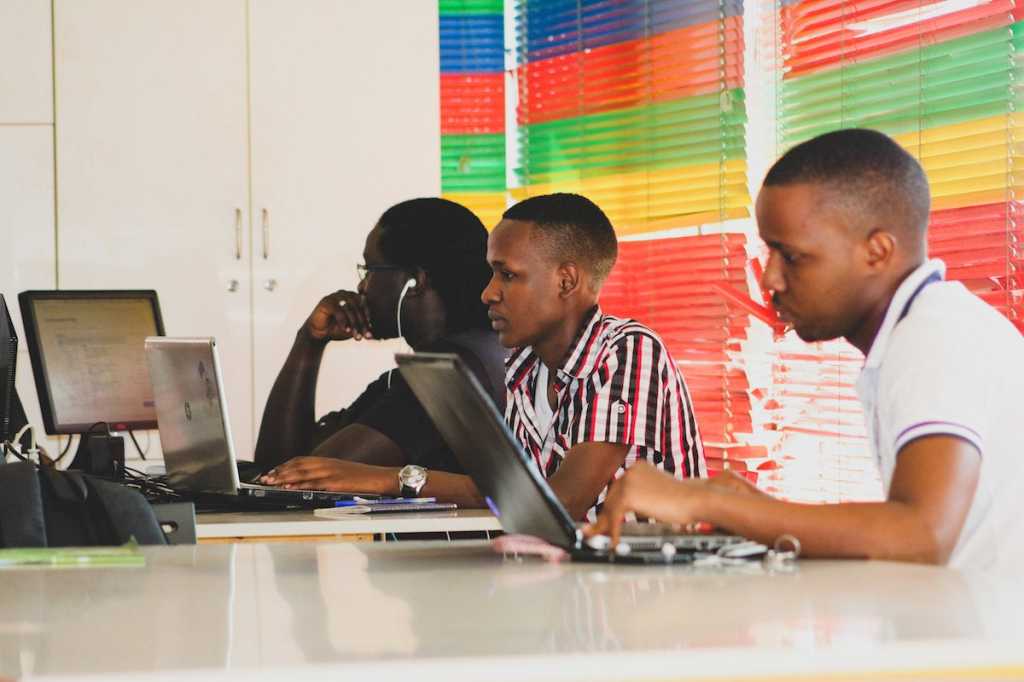 Plunging into the outsourcing market and facing much larger competition, impact sourcing startup Tunga has grown by determining the right skills, management techniques and tools best-suited for distributed developer teams, and this week has opened a second African office.

Impact sourcing is the term used for what can be considered socially-conscious outsourcing: placing people from low-employment or developing economies with remote-worker jobs for businesses internationally.

Tunga’s new office, in Lagos, will join the company’s operational headquarters in Kampala and its commercial office in Amsterdam, the company announced Thursday. Tunga combines the services of traditional outsourcing with a freelance software developer platform designed to match businesses with developers.

Founded in 2015 and fully operational in 2017, today Tunga has a pool of 300 developers, mostly from Uganda and Nigeria, and has serviced more than 120 companies in 12 countries, mostly in Europe.

“We grew explosively but learned a lot in the process,” says Ernesto Spruyt, who founded Tunga with We Are Bits, which operates training programs in IT, multimedia and web development in locations in Africa and Pakistan. Lessons learned from Tunga’s experience could be helpful to any entrepreneur or senior tech executive trying to manage a virtual team of geographically dispersed IT staff.

Up until recently, impact sourcing focused on business process outsourcing requiring low- or mid-level skills like data entry. The problem with this type of work — as with fair trade initiatives that, among other things, set minimum prices for commodities such as coffee beans — is that it does not necessarily lead to skills development and employment in higher-value, more lucrative jobs, according to Spruyt.

Spruyt got the idea for Tunga — Swahili for “to devise” — while working as chief growth officer for Netherlands-based Mobbr, a payment platform for distributed labor, and talking to fellow entrepreneurs.

“I noticed that we were all struggling to find good software developers,” Spruyt says.

Spruyt, who has had a long-time interest and expertise in sustainability and social issues, had been critical of well-meaning but flawed fair-trade programs, and saw a way to match talented programmers from emerging markets with businesses internationally.

“It struck me as a great  opportunity because with fair trade you’re always to trying to get a few extra cents on the dollar for things like coffee beans and coffee picking whereas on the other hands there’s this US$200 billion dollar market worldwide: it’s outsourcing and it’s high-paid, high-skilled work and I thought that if we could try to seize this opportunity for underprivileged youths in African countries then it’s a win-win,” Spruyt says.

Spruyt started working on Tunga in 2015 and after running pilot projects, got up and running in 2017. Tunga has grown in the face of much bigger competition from traditional outsourcers as well as other impact sourcers, notably Andela, which is backed by US$181 million in venture capital and a long list of well-known investors from the worlds of tech, politics and sports, including Facebook founder Mark Zuckerberg.

Management is key to outsourcing success

It took a bit of trial and error, however, to get Tunga on a firm footing. Initially, Spruyt thought that Tunga would be a relatively straightforward proposition: a site that simply connected freelance developers with international companies. “Quickly in the pilot process we found out that that was not gonna work,” Spruyt says. “When we’d withdraw from the process a little, we saw that things would start to go wrong — misunderstandings about content, about deadlines, about process.”

Generally, Tunga assigns more experienced programmers to projects. It has thus avoided the experience of Andela, which recently announced that it was cutting 400 junior developers from its roster of about 1,500 engineers due to lack of demand for less-experienced coders.

“There’s a lot of talent available but it is difficult to find developers with experience being part of a European-style professional team, and this is something that’s very difficult to learn from behind a desk or even in a theoretical setting,” Spruyt says. Tunga does not offer junior developers to clients, unless it is at the specific request of the client and only if they will be part of a remote team with sufficient seniority in it, Spruyt says.

In distributed teams, Spruyt says, certain attributes are crucial: “Soft skills or professional skills — how do you organize your work, how do you communicate with stakeholders, clients?”

Tunga takes clients that want to outsource a particular, one-off project as well as businesses that require a dedicated programming team for ongoing projects. The short-term projects may be priced around €10,000 (about US$11,000), while ongoing projects can run about that much per month. All developers get paid €13.50 an hour.

“Technology  is constantly evolving and it’s evolving in all kinds of directions so you [may know] Javascript, but then all of a sudden there’s a new framework called Angular so now you know Angular but tomorrow the flavor of the day is Q,” Spruyt said.

For communications, Tunga programmers use “all the usual suspects,” Spruyt says: for example Jira for issue-tracking, Github for version control and Slack for group messaging.

Clients also can keep track of projects via these channels. For example, Chris Suzdak,  founder of  CoffeeChat,  a platform dedicated to matching expert coaches with rising business leaders and young graduates, keeps track of work that Tunga coders are doing via Slack.

Unlike many startup founders, Suzdak, based in Mauritius, considers himself “nontechnical” and says that he considered hiring freelancers on his own for CoffeeChat.  “I realized I’d rather pay a premium for a company like Tunga, which would assign a project manager who could help me manage the freelance developers, and I could also use that as a learning curve to educate myself about what types of questions they ask through the development process.”

Using freelancers is not quite the same as having an  in-house team, “when you’re working with them all the time, spending a lot of time with them and building a team culture,” Suzdak says. But Suzdak tries to do something similar by engaging with the freelancers, sometimes through impromptu Skype calls. “I felt that I was able to engage directly with the engineers and that the project manager from Tunga didn’t always have to be there having to translate and negotiate certain kinds of feedback,” Suzdak says.

One potential societal drawback of impact sourcers, according to Suzdak, is that they lure away top talent to international companies and raise prices for local entrepreneurs. But it’s better than the “traditional brain drain,” Suzdak says.

“If this was a different industry, that top talent would have physically left those countries and worked elsewhere, like doctors, and they would be earning and spending outside their home country but at least with these setups they’re getting a higher pay but they’re at least spending that money and theoretically  paying taxes locally.”

Meanwhile, Tunga plans to expand. In addition to taking on more clients in its commercial home base of the Netherlands, the company plans to take on additional clients in Sweden, Denmark Norway and potentially Finland. The UK and Ireland are also on the company’s roadmap, Spruyt says.

“Our dream is to be part of starting to put the African tech sector on the map,” Spruyt says. “It’s the sector that provides major opportunity for economic development in Africa, that has so far been largely untapped.”

Editor’s note: This story has been updated to reflect Tunga’s announcement that it has opened its Lagos office.