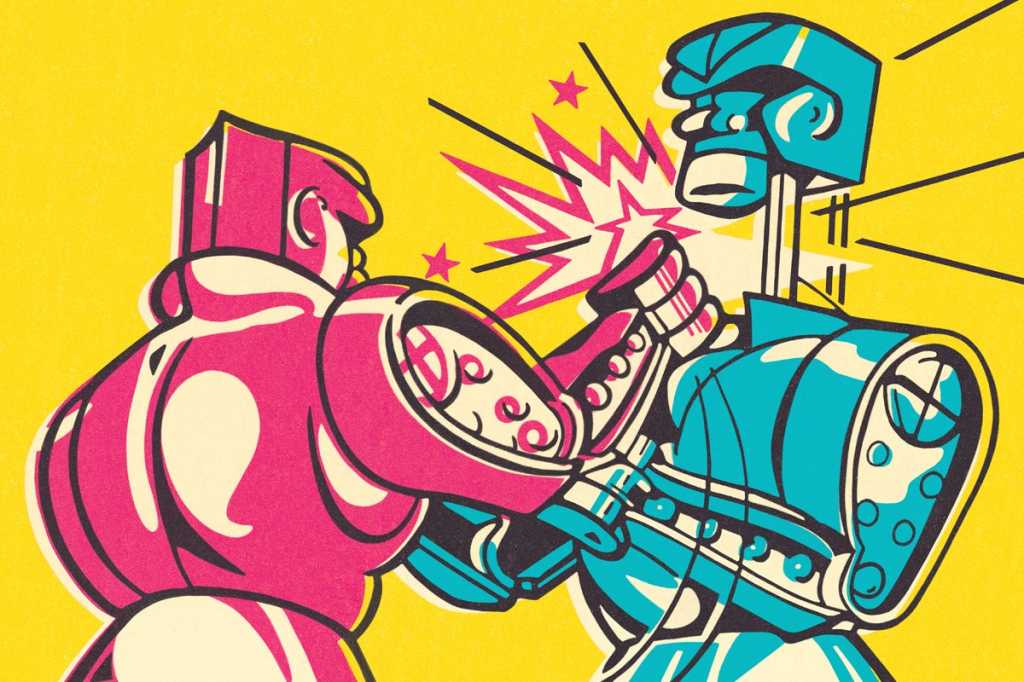 For years, Microsoft has enjoyed a comfortable position in large enterprises, as the only truly viable productivity suite option. More than ever before, especially as companies continue to get over the hurdle of moving to the cloud, Google Cloud’s G Suite has become — and will remain — a serious viable alternative to Microsoft Office 365 (O365).

While many Microsoft enterprise customers have already moved to at least one of the O365 plans or even the all-in Microsoft 365 cloud bundle, there are still those that have not — or some that have only partially rolled out O365. Regardless of which scenario applies, Microsoft is aggressively targeting enterprise customers to adopt or add more. These same enterprises are also being aggressively approached by Google Cloud to get a foot in the door, whether it be for G Suite or Google Cloud Platform (GCP) adoption.

Google Cloud has made significant investments and organizational changes to be in a position to win, but Microsoft also continues to make investments to keep Google Cloud out. The competitive landscape, beyond the obvious one between Microsoft (Azure), Amazon (AWS) and Google Cloud (GCP) is heating up with more enterprises genuinely interested in adopting G Suite, even if only for a portion of their users, often starting with the deskless worker community.

As far back as its Q4 ’17 earnings call, Alphabet (Google Cloud’s parent company) announced that Google Cloud became a $1B per quarter business, an important milestone for their cloud business unit. This turning point indicated, at least in part, that more enterprises were not only starting to take Google Cloud more seriously but that they were also starting to actually adopt GCP and G Suite with significantly larger strategic cloud deals. Of course, they didn’t break out where specifically the revenue was coming from (and they have yet to break it out), so we don’t know the details. But I suspect that we soon will know, as they continue to grow the revenue associated with both.

In the past several months, Google Cloud put some star power behind its goal of landing more enterprise customers, a cast of industry veterans and all-stars that each have an extensive rolodex. After bringing in former Oracle executive Thomas Kurian to be CEO back in late 2018, former SAP executive Robert Enslin joined Google Cloud as President of Global Customer Operations in April of 2019. Then in July, Google Cloud appointed Kirsten Kliphouse to be the first North American sales lead. Kliphouse was most recently at Red Hat as SVP and General Manager and prior to that was VP Enterprise Sales and Partners for 25+ years at Microsoft. This perfectly aligns with its plan to make investments geared towards putting Google Cloud in the best position possible to land more enterprise customers.

In addition to leading North American sales, Kliphouse will also be responsible for overseeing how customers actually use G Suite and other Google products and services. A clear focus on both driving sales and actual use makes perfect sense given the fact that cloud vendors are increasingly interested in driving use in the same manner as they have been driving revenue growth (ACV). This is especially true as more competitors become viable and a true threat to take away valuable market share they worked so hard to get and have become so reliant on for future product and revenue expansion.

Cloud vendors realize that it is actual use that leads to “stickiness” and it is “stickiness” that leads to “lock-in.”  Lock-in creates significant leverage to add on more products or higher editions to the portfolio (upsell) and increase pricing come renewal time. Use may be the best way to deepen and widen the moat around the cloud vendor’s castle to better keep out the competition. No cloud vendor, and especially Google Cloud that is trying to catch up, wants to exert all this time, money and effort to only lose the castle back to whom they probably took it from in the first place (like Microsoft or Amazon in Google Cloud’s case).

Like Microsoft, Google Cloud has used partnerships to progress, like those with enterprise leaders SAP and Salesforce. SAP and Salesforce customers that have yet to adopt Microsoft O365, or even those that already have, should fully expect these incumbent vendors and their sales executives to call upon their established relationships. There will likely be pressure applied to at least consider switching from Microsoft O365 to Google G Suite. For those Microsoft customers that have already made the leap, there will be a push to consider ramp ups as the Microsoft renewal date approaches and the real opportunity to move away presents itself. This often happens as far out as a year from the renewal date. Google Cloud is also relying on these relationships to push for GCP consideration and potential adoption even if resulting in a hybrid cloud scenario.

Google has cited security, data analytics, and machine learning as key competitive differentiators and will likely focus on these aspects as reasons to switch. As more enterprises entertain G Suite discussions, we encourage them to challenge Google to give proof points, references, and more detailed reasons why they are the superior option. If done appropriately, this knowledge could also be effectively used as leverage during upcoming renewal discussions with Microsoft.

Microsoft recently announced Azure Dedicated Host which, in a nutshell, is another means to move your on-premise servers into Microsoft’s cloud, Azure. The differentiator is that now you can license the cloud in such a way where only your organization’s data and applications will touch the dedicated server. For a whole variety of reasons, ranging anywhere from compliance to security, this new offering is significant because it opens the door to a lot of potential new business.

Behind the scenes, however, Microsoft has made some not-so-subtle changes to their licensing that make it more expensive for organizations to transfer their on-premise Microsoft solutions to any cloud that doesn’t belong to Microsoft. In other words, Microsoft is sending a clear message that it wants you running your workloads on Azure. This type of behavior is not new for Microsoft.

Cost reductions sound great but there is a large asterisk next to that cost reduction potential; you have to use Microsoft’s cloud. If you choose a competitor’s cloud, such as Amazon Web Services (AWS) or Google Cloud Platform (GCP), Microsoft is going to hit you with increased fees. In reality, this is really just a penalty for engaging with Microsoft’s competition.

In response, Google Cloud’s Robert Enslin turned to Twitter and wrote, “Shelf-ware. Complex pricing. And now vendor lock-in. Microsoft is taking its greatest hits from the ’90s to the cloud.”  This quote is immensely powerful, especially considering Enslin doesn’t typically come after the competition as directly and publicly as he did here. As Google Cloud is trying to demonstrate that they are easier to work with and have simplified pricing, Microsoft is becoming more difficult in order to force your hand.

Most enterprise customers start their journey into Microsoft’s cloud by making sure those sitting in the boardroom and the knowledge workers that work for them have the cloud solutions needed to be most successful and productive. But once these cloud solutions are in place, they often realize (or are repeatedly told by Microsoft) that a complete and successful digital transformation requires ALL employees to have the necessary digital tools. This is where deskless workers or as Microsoft calls them, “firstline workers,” come in.

Firstline workers are essentially the employees on the front lines. They are often deskless workers that do not have a dedicated or work-related digital device or PC and if they do, it is shared. Examples of firstline worker roles include store managers, field technicians, flight attendants and production line workers. Based on a study commissioned by Microsoft, there is an estimated 2 billion firstline workers in the global workforce with roughly 690 million working in enterprises with 500+ employees. As you can also imagine, in industries like retail and hospitality, firstline workers make up the vast majority of the enterprise’s employee base.

Microsoft wisely created the Office 365 F1 and Microsoft 365 F1 (Firstline Worker) plans to provide a digital tool or cloud offering with functionality mapped to the typical needs of these types of deskless workers. This is meant to foster culture, collaboration, and technology at a much lower cost per user and at a price point that aligns more closely with the expected value – or at least doesn’t prevent the conversation around expanded cloud adoption from taking place. It is important to note that O365 F1 was simply a rebranding and renaming of the previous O365 K1 (Kiosk) offering.

Ultimately, Microsoft focused on an enterprise’s deskless worker community and created tailored offerings in order to gain adoption of its cloud throughout the entire organization, not just parts of it. Complete adoption and use makes it even harder, if not impossible, to exit down the road (a.k.a., vendor lock-in). This also provides Microsoft with an even larger base of users with evolving and different needs that will provide increased upsell opportunities over the life of the relationship.

Microsoft also understands that Google Cloud has a real opportunity to gain adoption and an initial entry point in enterprises through the deskless workforce. Even though Google Cloud does not yet have a productivity solution or G-Suite plan specifically dedicated to deskless workers like Microsoft does, it is safe to say that it is only a matter of time until they do. It is also only a matter of time until they increase their sales and marketing efforts tied to why their already existing G Suite offerings are the best solution for an enterprise’s deskless workers. If Microsoft is able to get enterprises to adopt O365 F1 or Microsoft 365 F1, it creates an even greater barrier to entry for Google Cloud and their G-Suite offering.

Google Cloud is already aggressively pushing G Suite as a viable alternative for retailers to consider for their deskless workers on the shop floor. Google Cloud is positioning the fact that many of these workers will most likely already have experience with G Suite and therefore can be productively using it quickly, which is always appealing. Google Cloud also knows that Microsoft may have already gotten knowledge worker O365 adoption, but they still have a chance of getting in the door through firstline workers, mapping to their particular needs and requirements.

If enterprises are deciding to give these workers tools for the first time, why not consider Google G Suite? That is the pitch that many enterprises are hearing right now. With two potential access points (GCP and G Suite), retailers should expect to be approached by Google Cloud’s enterprise sales team if they haven’t already been. Google knows GCP is another entry point of focus with retailers. After all, which retailer is going to give significant revenue to Amazon?